We were so tired after arriving in London and that, combined with the sun going down by 4:00 pm we could not manage to stay awake after about 5:30 pm. We knew going to sleep that early might result in some problems, but interestingly enough we managed to pretty much sleep through to 7:30 the next morning. It was still dark outside so we both thought it must be like 2 am or so. We were very relieved that was not the case.

We got dressed and had breakfast and were greeted by a sunny day with big blue skies.

We found our way to the Tower Of London We didn’t take the tour as we wanted to fully exploit the sunny day. We moved on from the Tower Of London to the Tower Bridge. 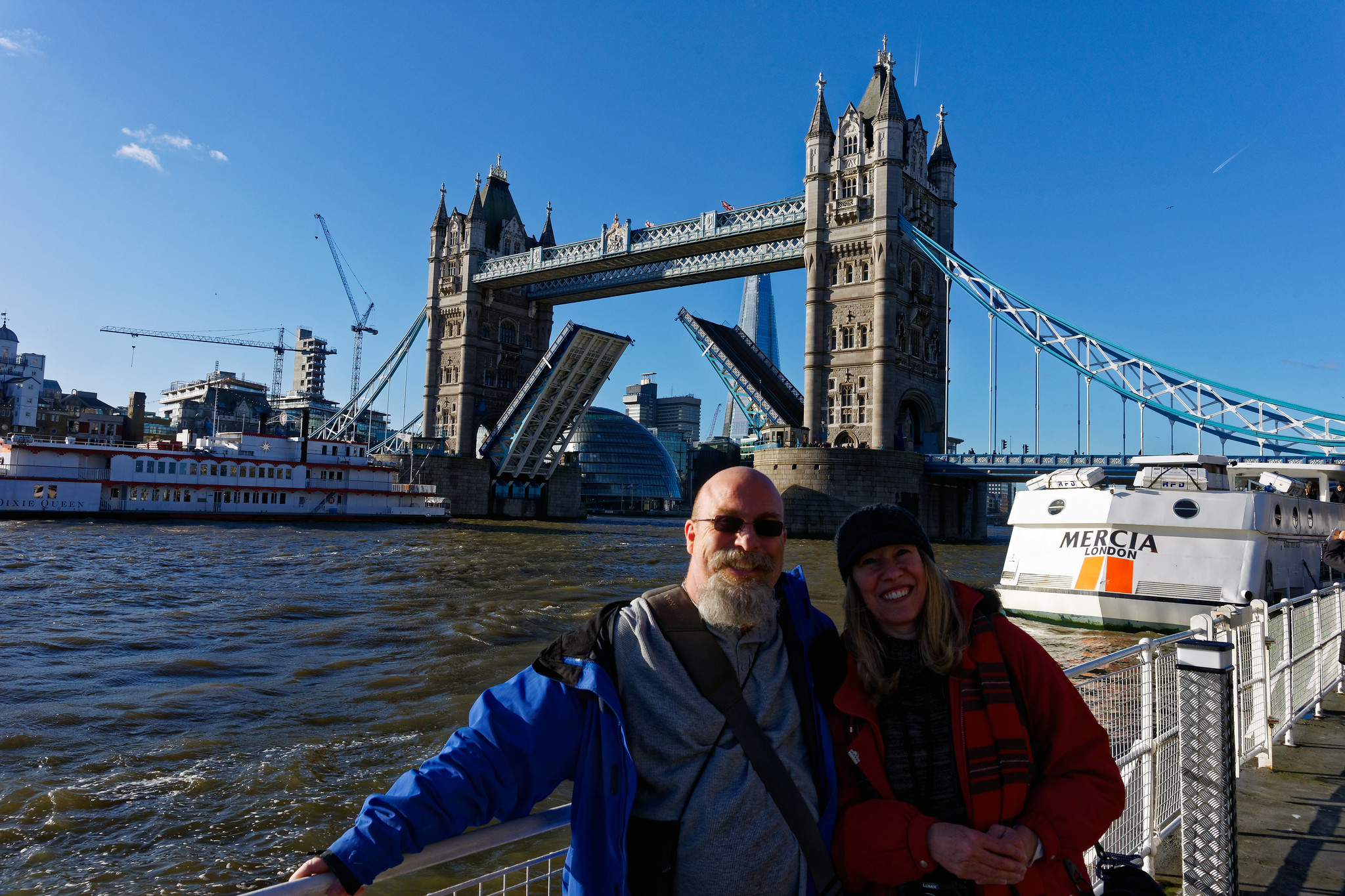 Here we decided to take the tour. We were especially keen to see the new glass floor in the upper walkways of the bridge that had just recently opened. After touring the bridge we took a rather leisurely stroll down the Thames just to take in the sites. Later that afternoon we had plans to meet up with some friends for dinner. We set The Shard as our meeting point. When we met up we took a stroll through Borough Market and sampled some of the foods and then headed to The George Inn, a pub that was founded in 1677.

From there we all moved on to have dinner at Rabot 1745, an amazing restaurant where everything on the menu is cocoa-centric. Basically using either sweet chocolate or cacao in the making of the dish. Even my martini had cacao flavored vodka.

After a fantastic dinner we walked with our friends and explored the riverside after dark. It was then we noticed that The Shard was treating the city of London to a light show. All in all, a very successful first day if our utter exhaustion and blistered feet are any indication.