After the somewhat disappointing rain and gloominess of yesterday we were quite happy to see blue skies punctuated with fluffy white clouds. We’ve had more sun than rain on this trip and today was just tipping the weather scales that much more in our favor.

Today we made our way back to Reykjavik as we wind down our Icelandic adventure. On the way we drove what is referred to as the “Golden Circle” to see the sites.

Included on the Golden Circle is Kerið, a volcanic crater lake. I would have shot this from the top of the back, but it was a bit too windy for me. I opted for this lower angle. 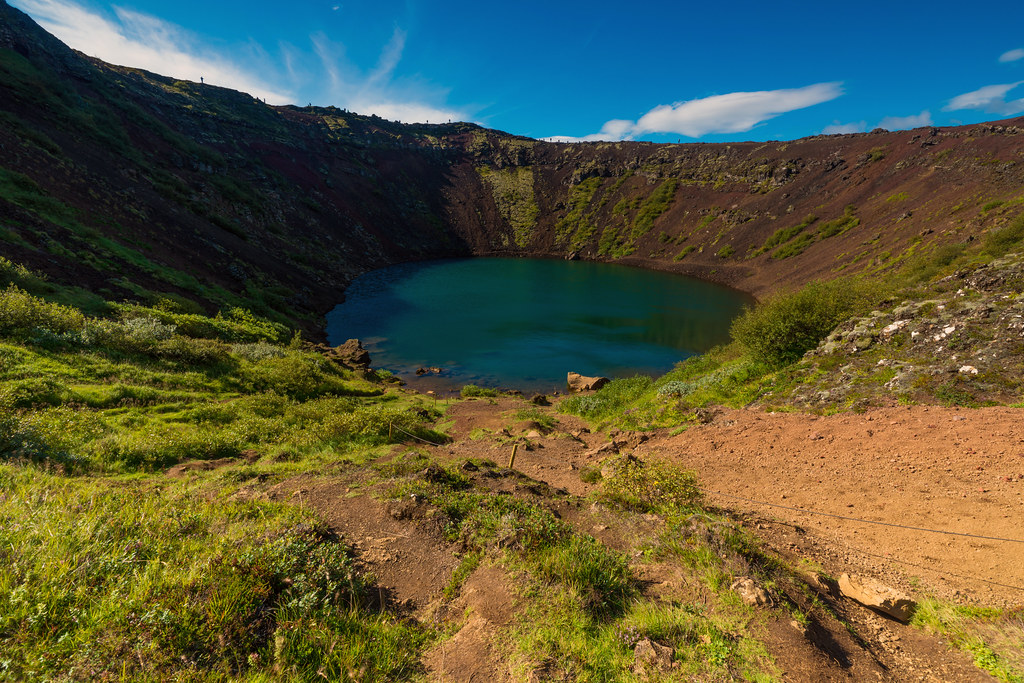 From there we made our way to Geysir The Great Geyser to see the original Geyser for which all Geysers are named. 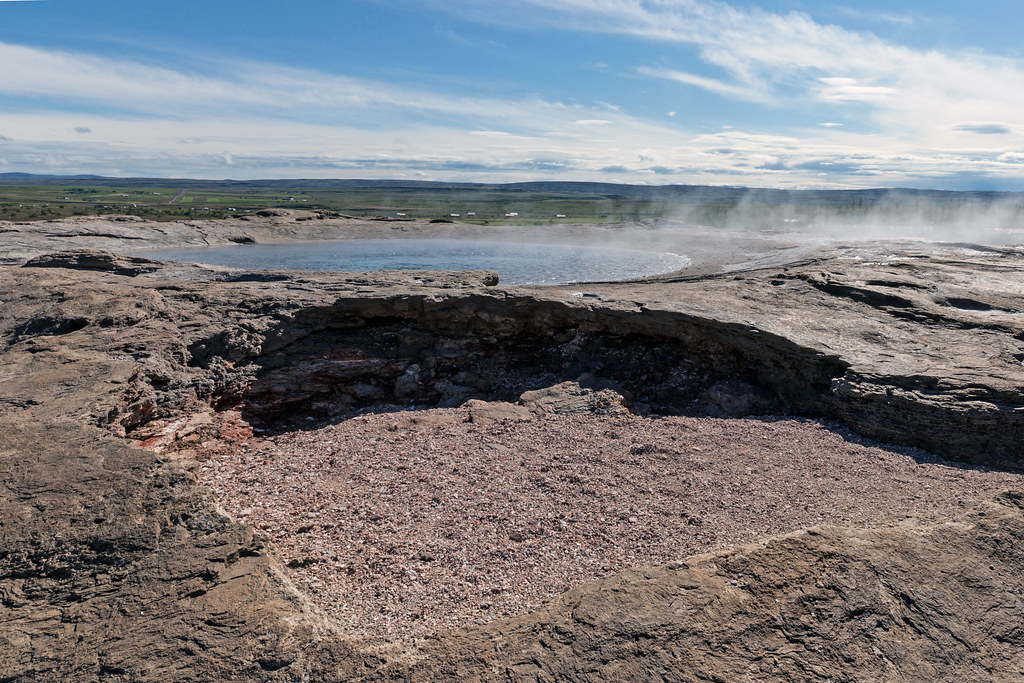 Sadly, Geysir is not very active. However, it’s little brother Strokkur will go off every few minutes. 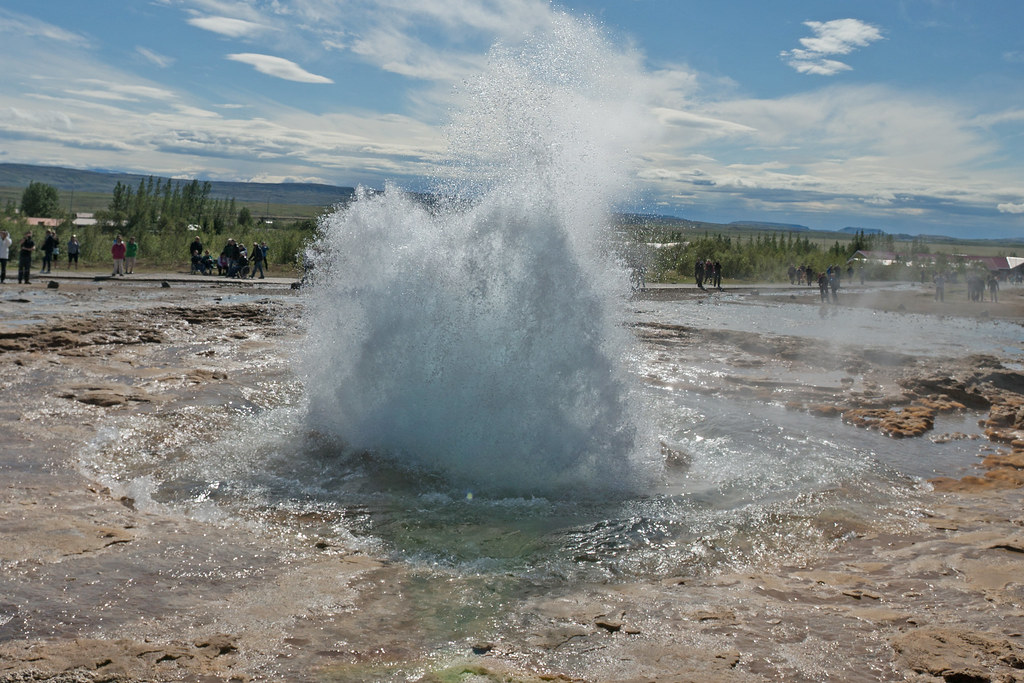 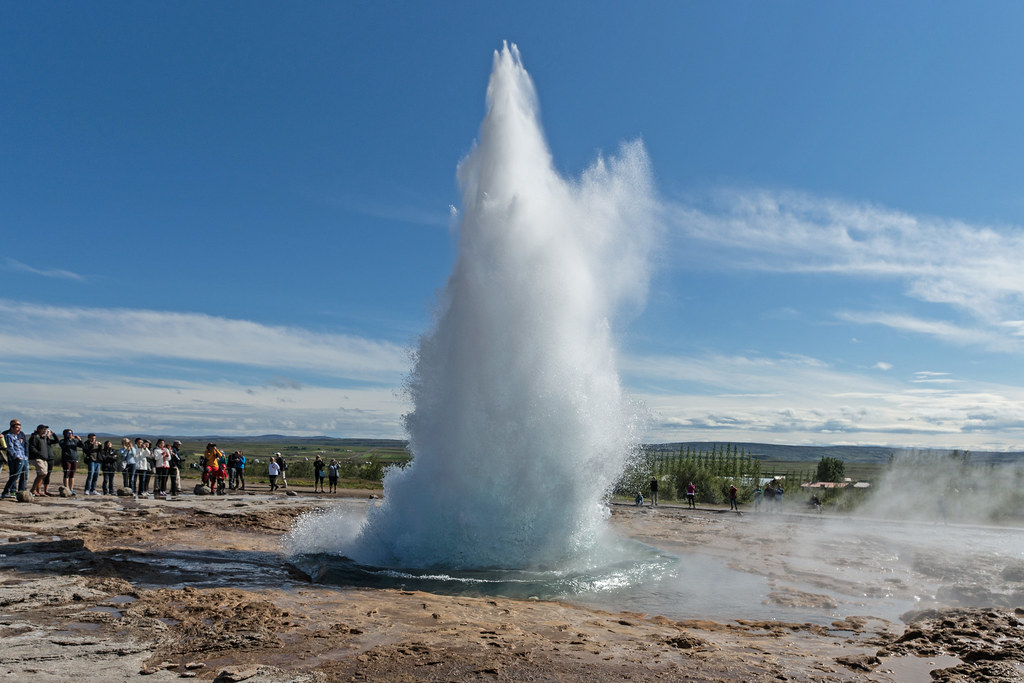 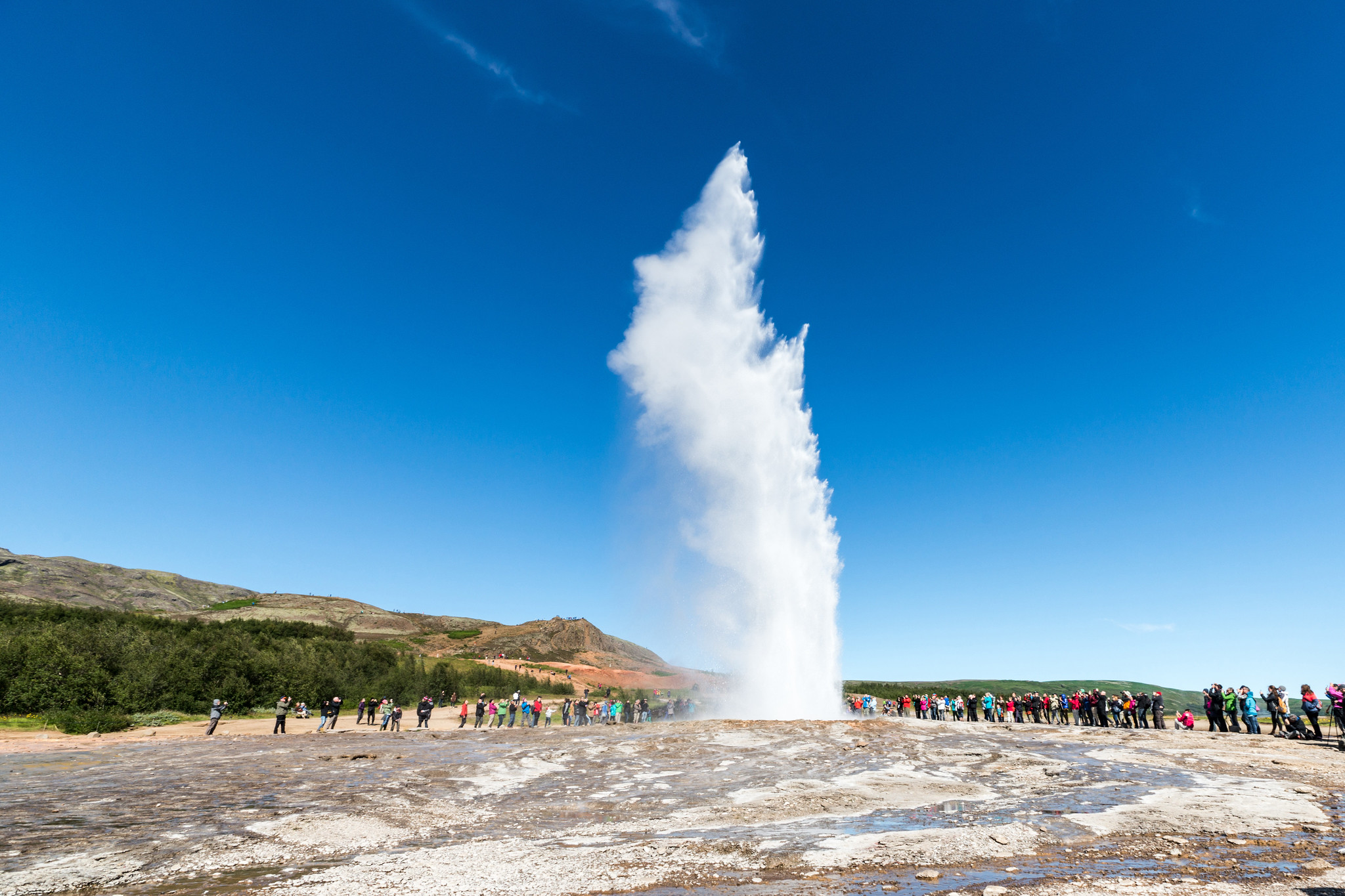 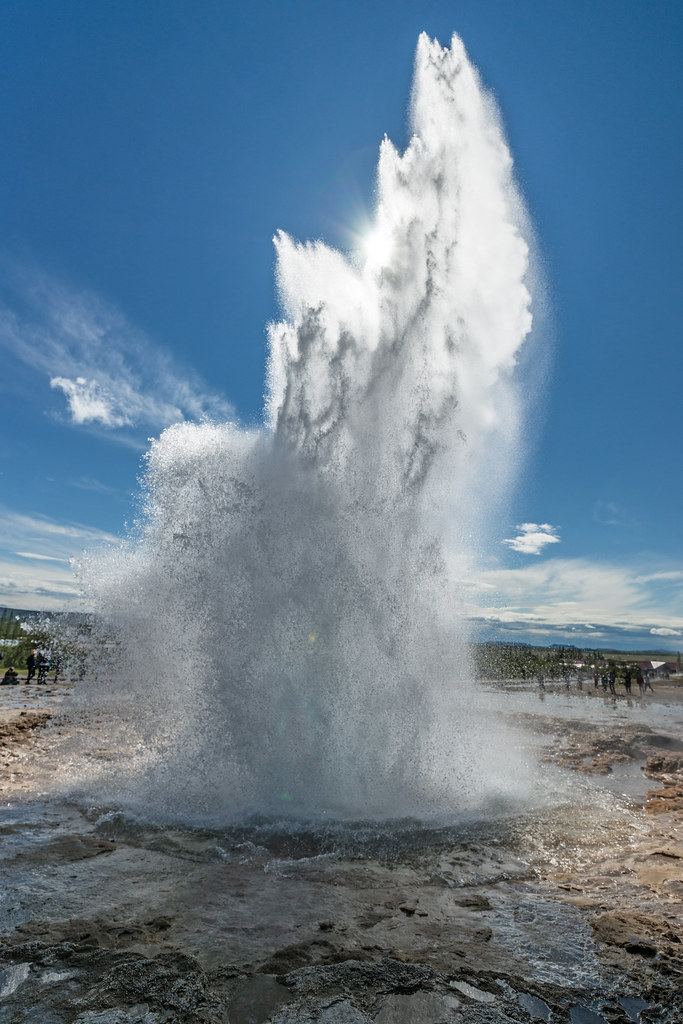 From there we drive to Gullfoss which is one of the most striking and beautiful waterfalls in all of Iceland. And if the sun is shining you get treated to a rainbow along with the majestic waterfall. Fortunately for us, it was a beautiful sunny day. 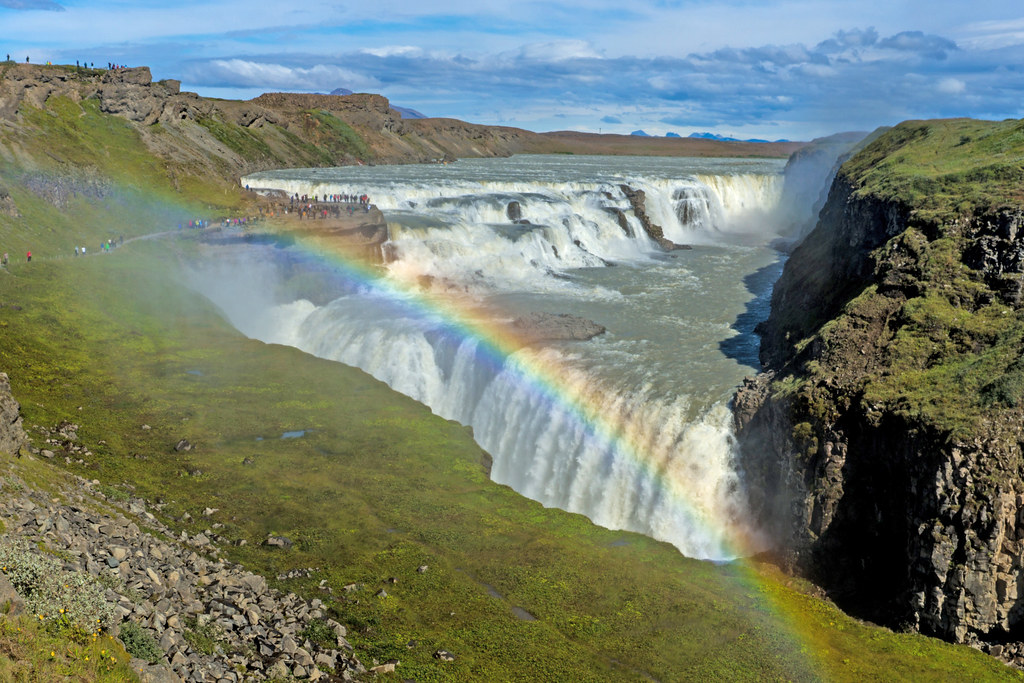 After visiting Gullfoss we made our way to Þingvellir National Park. The dramatic Þingvellir landscape was formed as a result of sitting along the border between the North American and European tectonic plates. It’s really something to see. 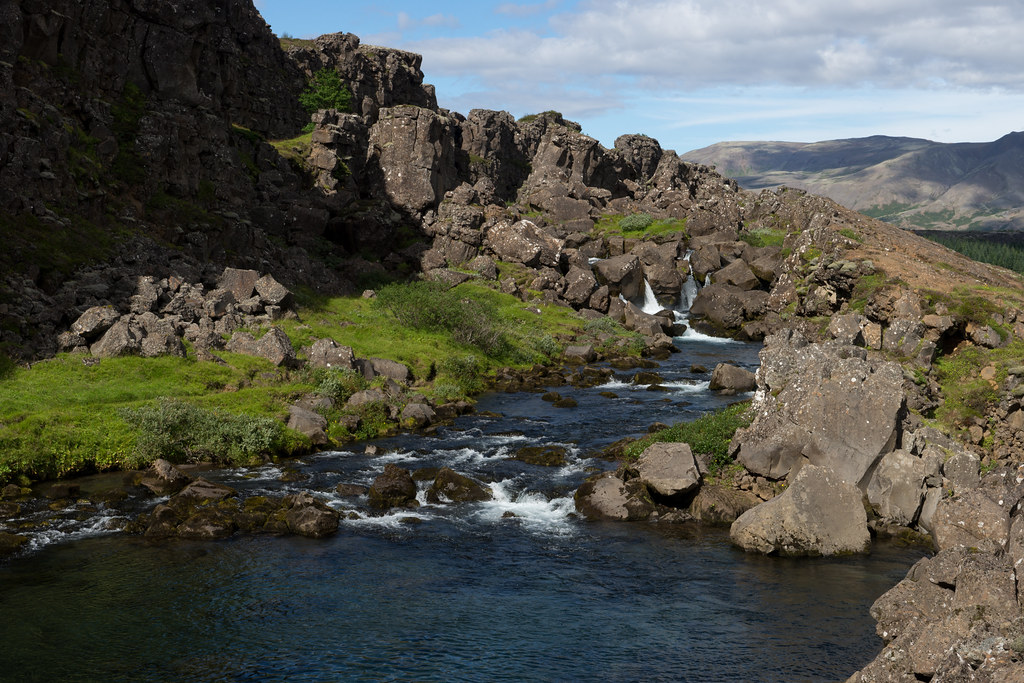 Þingvellir is where the parliament of Iceland was first founded around the year 930 and where it continued to meet until 1798. 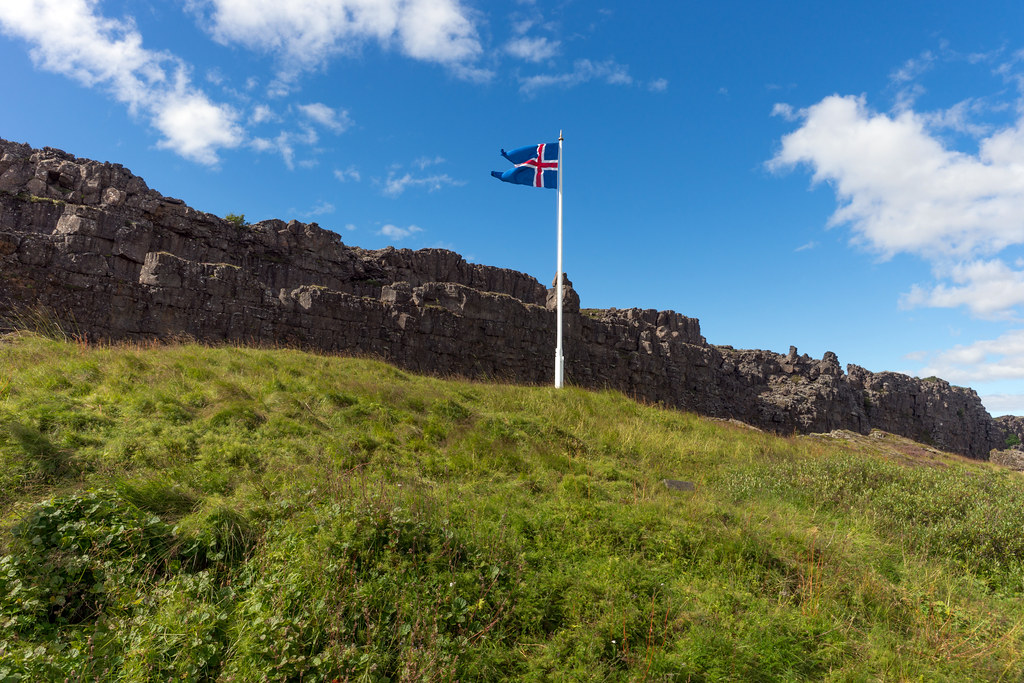 By the time we finished exploring the park it was getting pretty late so we set our GPS for our hotel in Reykjavik. We drove in to town just as the Icelandic gay pride festivities were breaking up. The streets were a bit crowded with rainbow wearing/waiving revellers so it was slow going to get to the hotel.

Now we are checked in and resting up for a day at the Blue Lagoon tomorrow. I think it will be very relaxing and just what we need before we wrap this Iceland trip up. 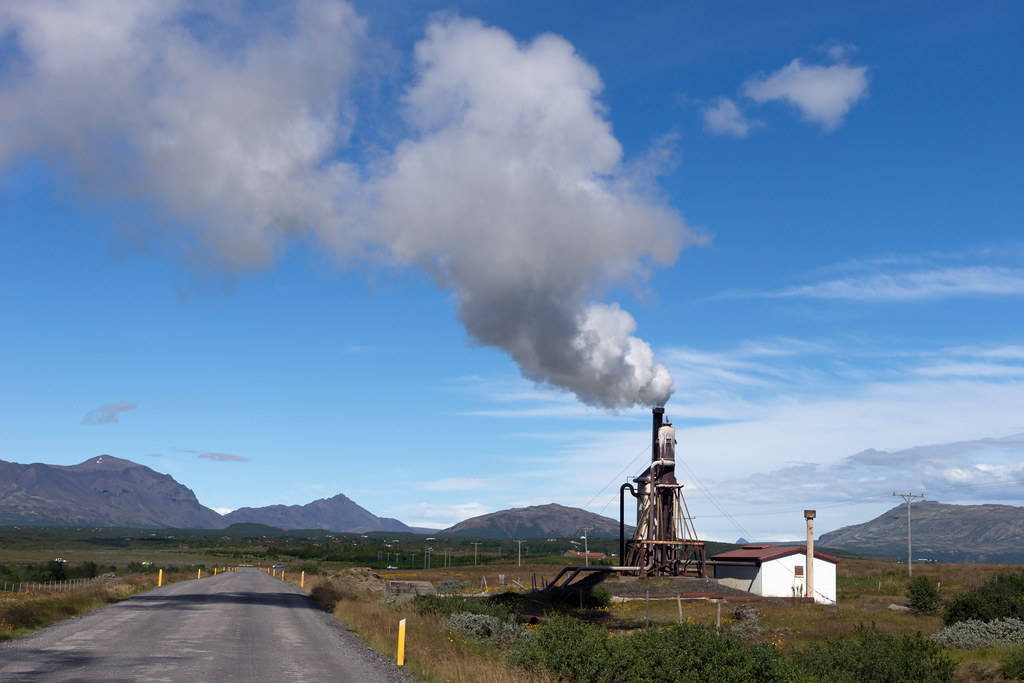