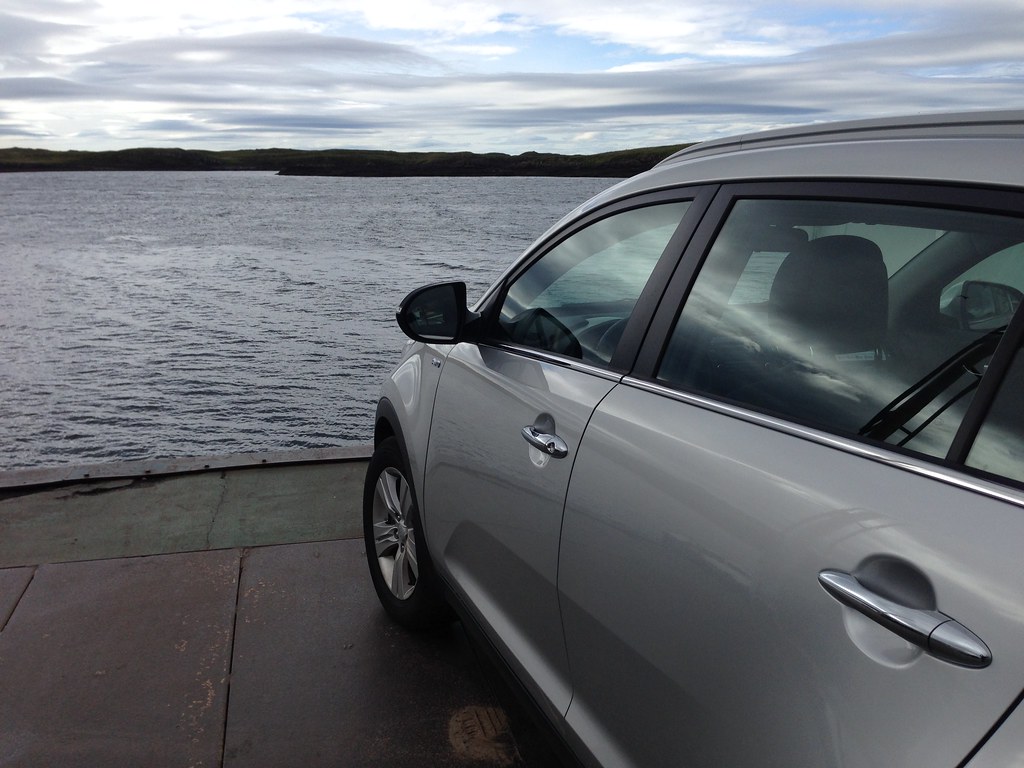 After our day in Stykkishólmur it was time to board the ferry and make our way to the Westfjords. The ferry takes about 3 1/2 hours to make its way to Brjanslækur where we would depart and then head to our guesthouse near the Látrabjarg cliffs, home to millions of nesting puffins in the summer.

For this ferry ride only the driver of the car is allowed in the car when it goes on board. That meant Cynthia had to walk on and wait for me to get parked. It would not have been an issue except it took me a little extra time to get parked. When I drove on to the ferry there was an exiting car that was stuck because the owner had locked his keys in the car. The attendant had me maneuver around him and at one point had to lift the protective gate that keeps cars from plunging into the sea so I could move into position. It was exhilarating and terrifying. See the photo above.

Once we made the crossing I drove the car off of the ferry and collected Cynthia and we drove on to our guest house out toward the Látrabjarg cliffs. 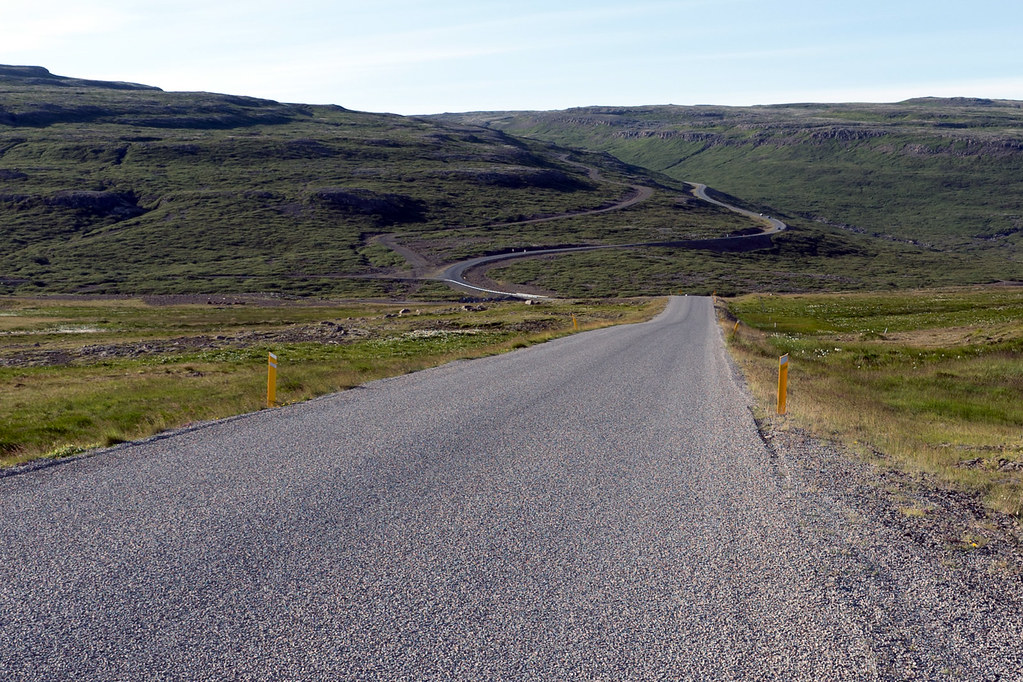 We came across the statue of Kleifebui, a rock statue made by road construction workers in 1947. He stands on the road between Flókalundi and Patreksfjörð. It was cool to see. 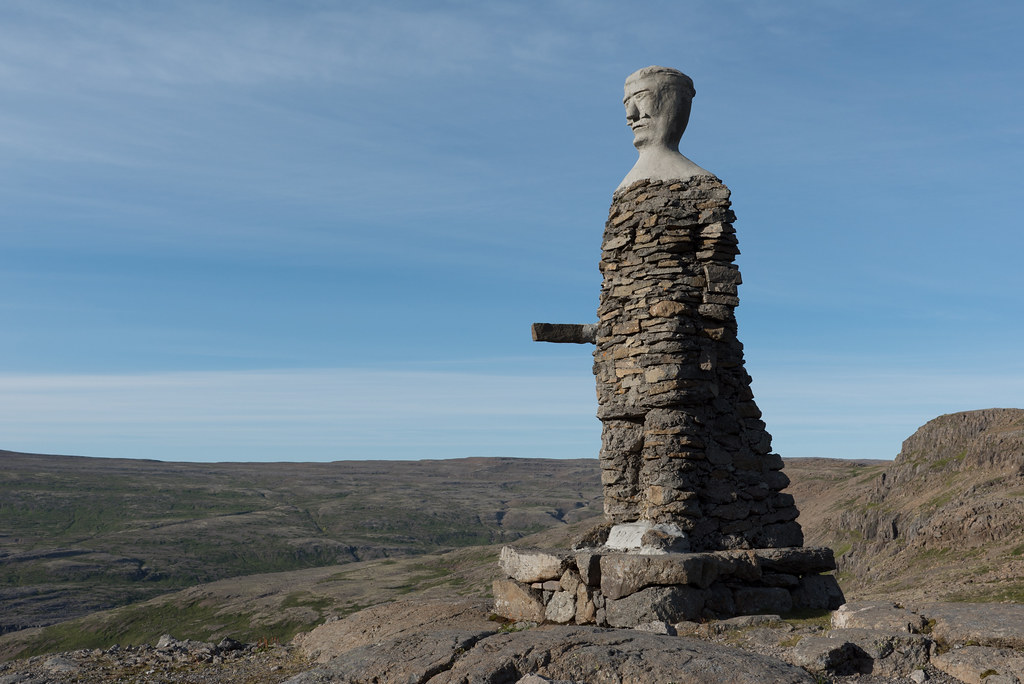 We also came across the wreck of the Garðar BA 64. 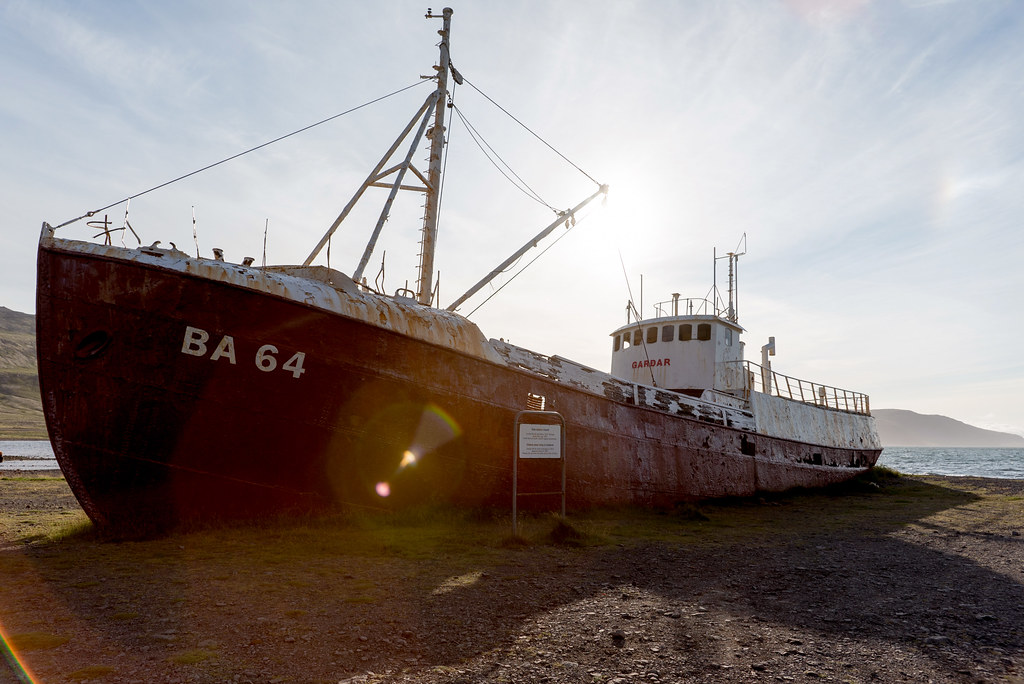 According to Atlas Obscura

Originally known as the Globe IV, the large ship was completed in Norway in 1912 as a state-of-the-art-at-the-time whaling vessel. The hull was specially reinforced to break through the icy Southern seas in which it operated and the powerful engine kept the boat sailing even in calm waters. During its active lifetime it was sold around to a number of different countries before finding an Icelandic owner after World War II. Once whaling restrictions became more widespread, Garðar BA 64 (a name it finally received in 1963) was used or fishing herring in the waters off of Iceland.

After decades in faithful service to its bevy of owners, Garðar BA 64 was finally deemed unsafe for service in 1981 and as opposed to being scuttled, the old ship was run aground in Skápadalur Valley where it remains to this day, falling apart bit by bit. It is now a popular site for photographers and anyone looking for a lovely mix of Icelandic scenery and industrial ruin. 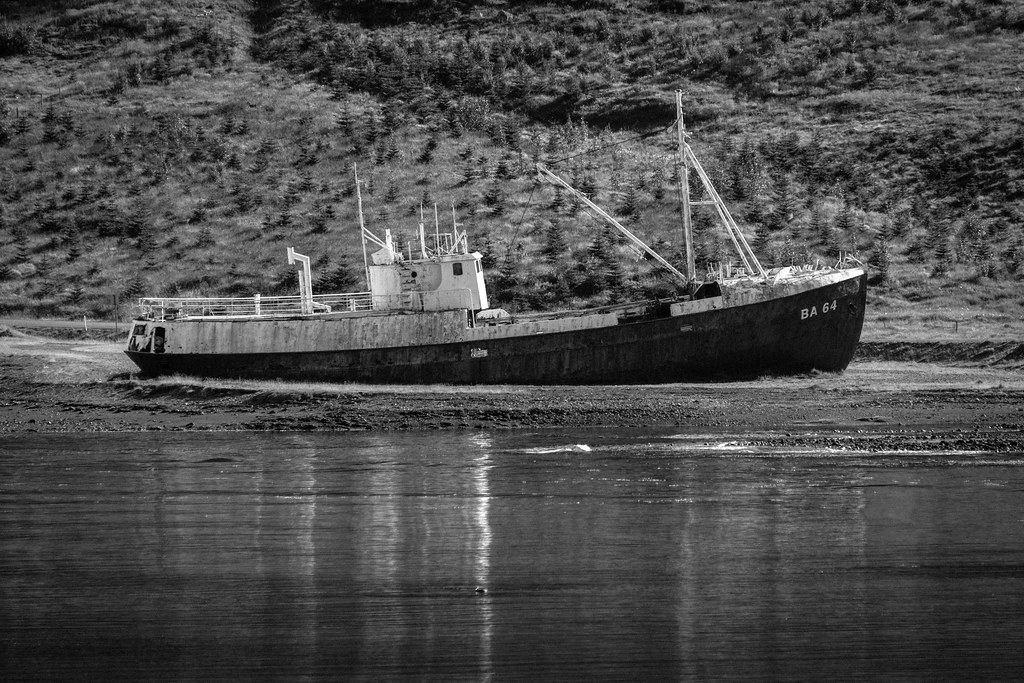 This drive took us to our first gravel roads. I had read that the road was a bit harrowing but was not fully prepared for what we encountered. 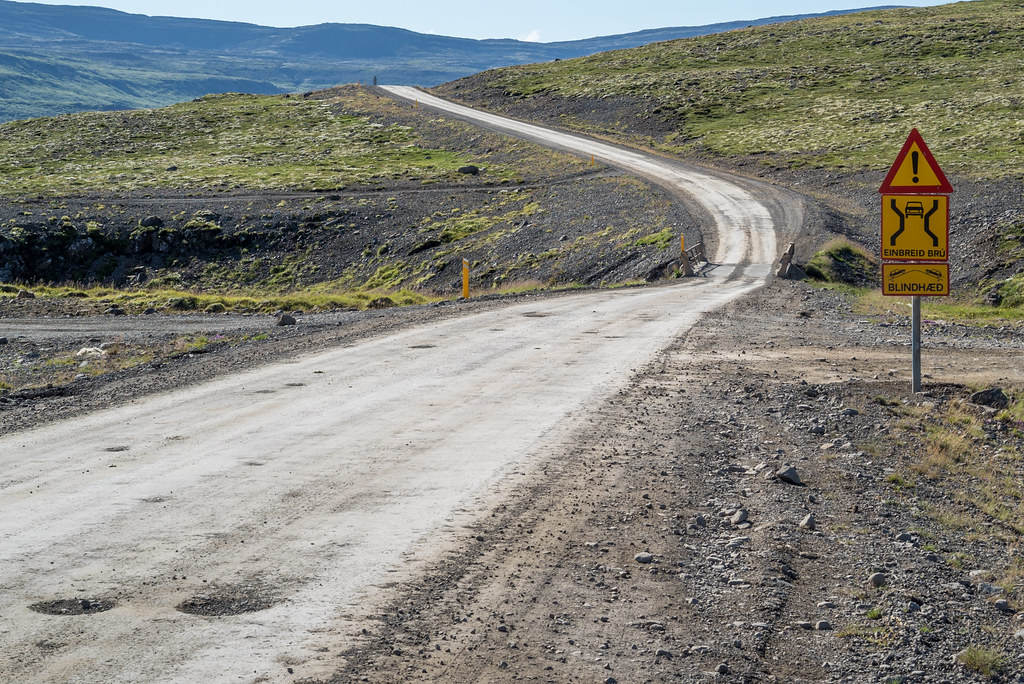 Thank the gods for the good weather, otherwise this journey may have ended up being too much for us.

We made our way to the guest house which was quite basic. The owner welcomed us and was very kind and offered us a great dinner that consisted of vegetables, bread and a fantastic pan fried fish.

To say this area was remote would be an understatement. We had no cell service and the Internet at the guesthouse was all but unusable.

After dinner he suggested we head on to the Látrabjarg cliffs to see the puffins. It was around 9:00 pm with the sun shining that we headed off. We were in awe and somewhat terrified of the road that lead from the guest house to the cliffs.

I don’t have the photos to truly convey what we went through. But suffice to say it was some of the bumpiest, scariest driving I have ever done. We found ourselves high on mountain passes that twisted through the landscape with no guardrails and numerous warning signs. Fortunately there were very few cars on these roads.

When we got to where I thought should be the end of the road, we were merely on a beach. A car drove up and a French man that we had encountered earlier in the day excitedly told us about the puffins and cliffs ahead. He showed us some photos on his camera and this encouraged us to keep going.

When we got to the cliffs, we were not disappointed. Hundreds of puffins lined the top of the cliff and were happy to have their photos taken. 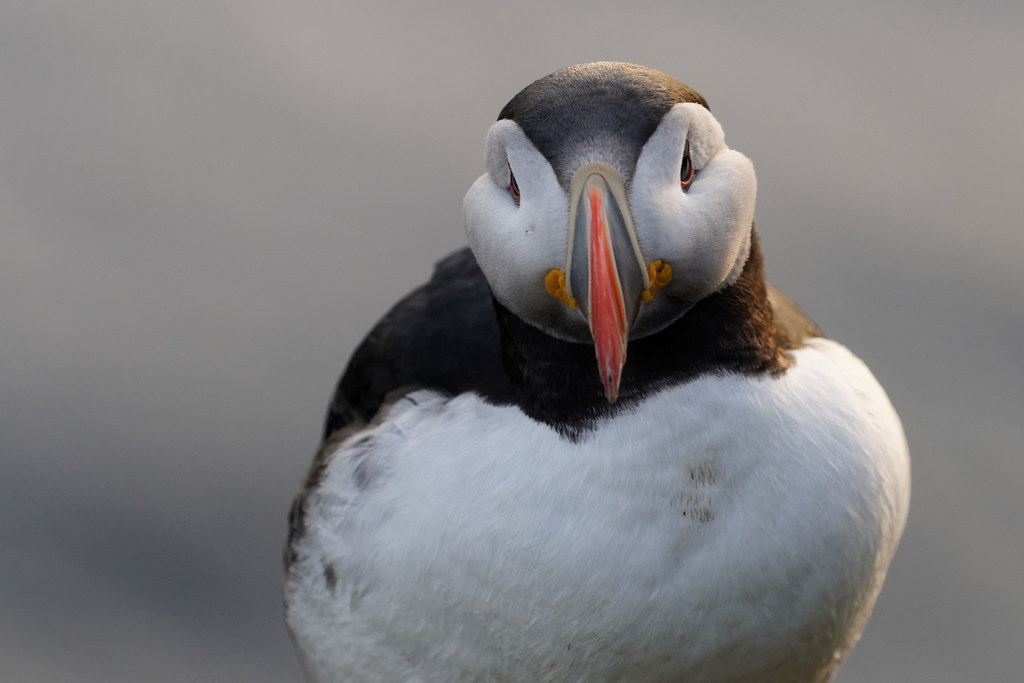 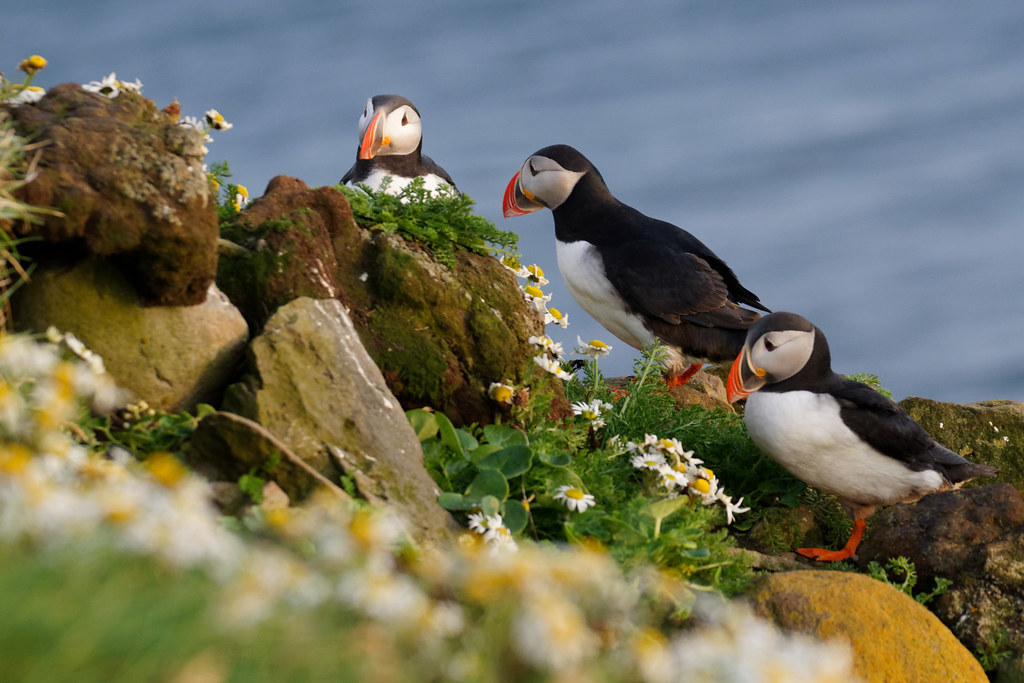 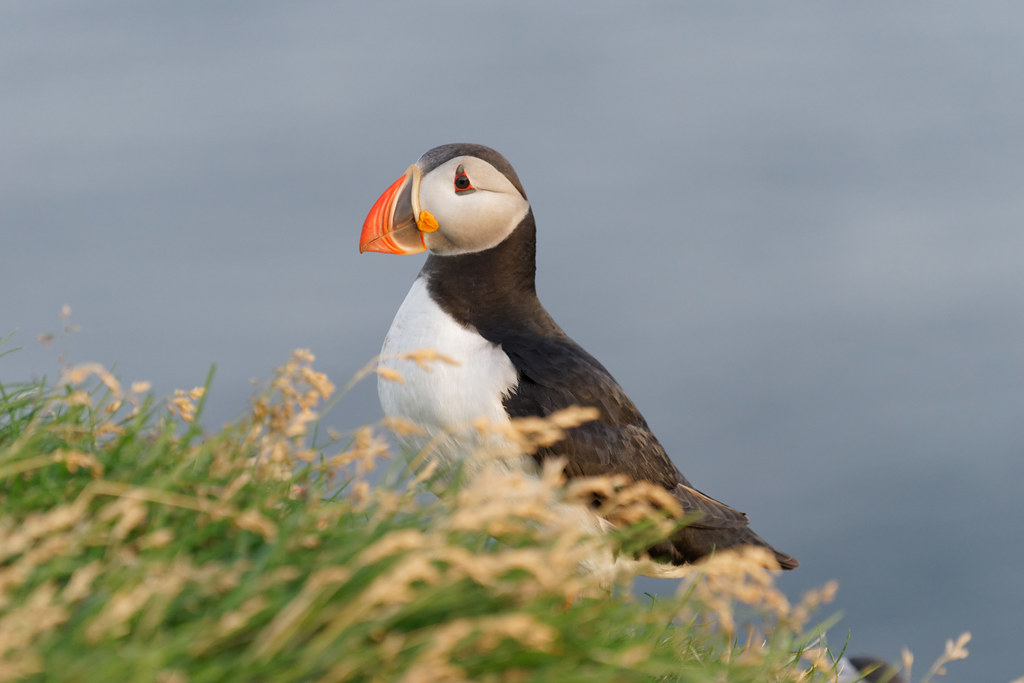 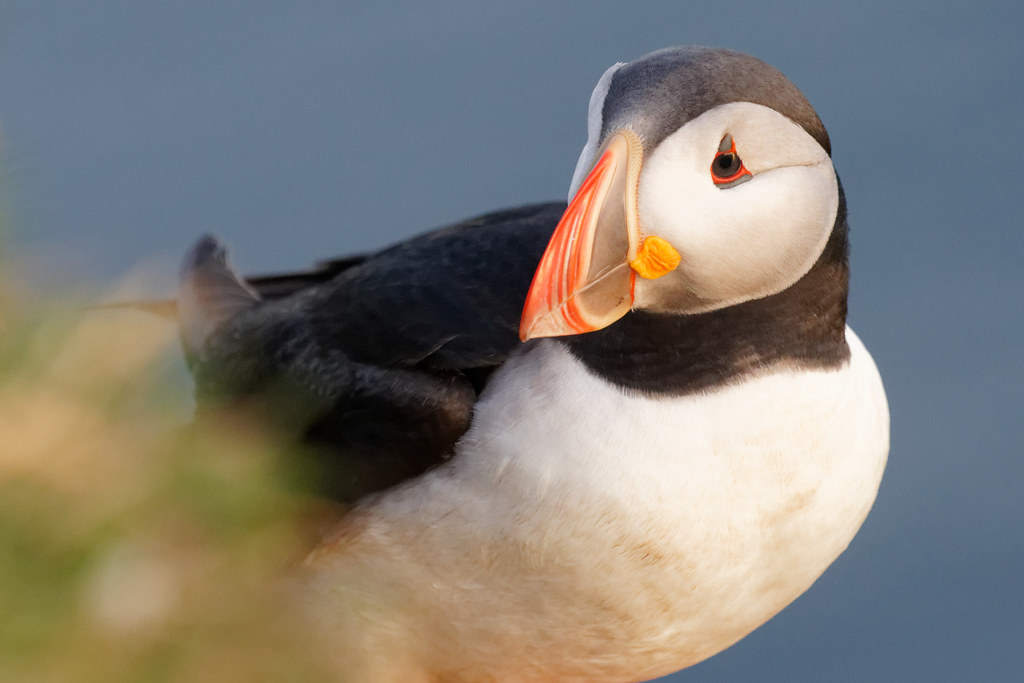 I have many more puffin photos here in my Flickr gallery

It was cold and it was windy, but it was the perfect conditions for puffin viewing. After about an hour Cynthia and I decided to retrace our treacherous steps back to the guesthouse. This was around 10:45 pm. Fortunately the sun stays up well past this time. 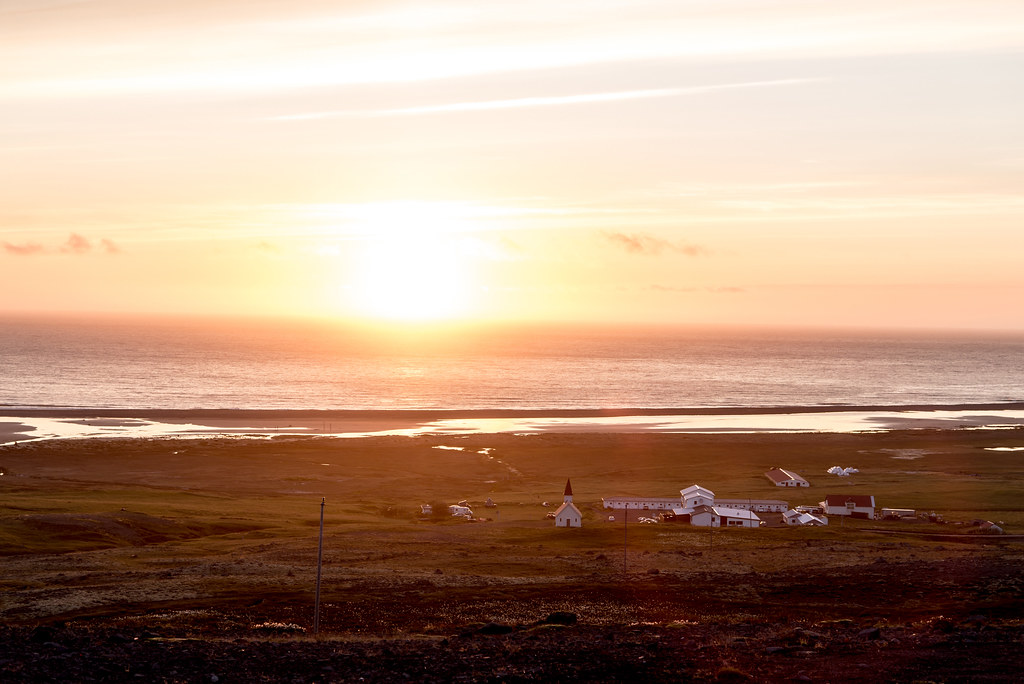 So far, this has been an awesome trip, despite the terrifying bits.