It has been snowing pretty steady now for the last few days and it is building up. The city is covered in white. I have not had any experience with this much snow and I have to say, it is a lot of fun. Of course I don’t have to deal with it in any practical sense, being as I am a tourist and will soon be returning to balmy Texas soon enough. Today we decided to go to some art museums. We hit up the Munich Glyptothek as well as the Alte Pinakothek and the Pinakothek der Moderne. The Glyptothek is a museum which was commissioned by the Bavarian King Ludwig I to house his collection of Greek and Roman sculptures. It makes for an interesting stroll. It’s not too big and it is well laid out. From there we headed back in to the snow to walk to the Alte Pinakothek which is one of the oldest galleries in the world and houses one of the most famous collections of Old Master paintings on the planet. Suffice to say, we saw some really amazing paintings. Notable artists such as Leonardo Da Vinci, Anthony van Dyck, Peter Paul Rubens and El Greco to name but a few. Check out the link above to read more about the gallery and the works that are housed there. 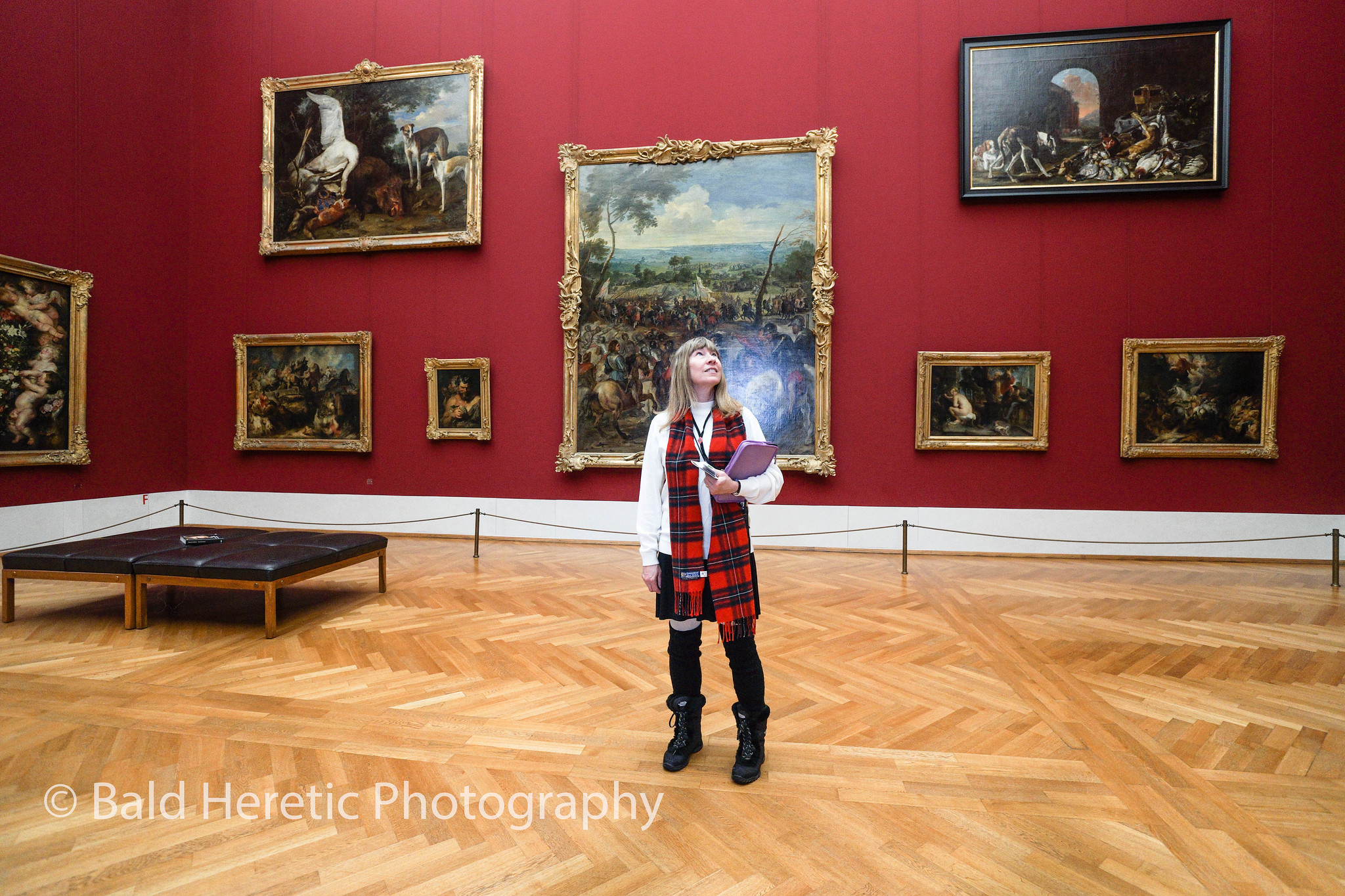 After taking in all that the Alte Pinakothek had to offer we made our way to Pinakothek der Moderne which is a modern art museum. Now frankly, I don’t get modern art. Most of it is not very compelling. But it was interesting to walk around this space and see the exhibits. I will confess, I was rather amused at one display which was part of a modern design exhibit that featured 80’s era computers. And I was mildly excited to get to see a few original Andy Warhol paintings. I suppose mostly because it was a name I recognized.

By the time we had finished touring these galleries it was rather late in the afternoon. We found our way back to the area near our hotel and found some food.

I will say this, walking around in the cold takes it out of you. Between the freezing temperatures and the wearing of pounds and pounds of winter clothing combined with moving in an out of the cold it wears me out.

We rested up for a few hours then went back out to just walk in the snow amongst the booths in the Christmas markets. It is still very idyllic with the snow on the ground and the warm lights glowing from the booths.