Today we visited the Munich Residenz, the former royal palace of the Bavarian monarchs in the center of the city of Munich, Germany.

We first stopped by St. Peter’s Church, but they were holding services so touring the church was not allowed.

We moved on to the Munich Residenz to tour the facility and also to visit the Schatzkammer der Residenz (Residenz Treasury) where they keep the crown jewels. 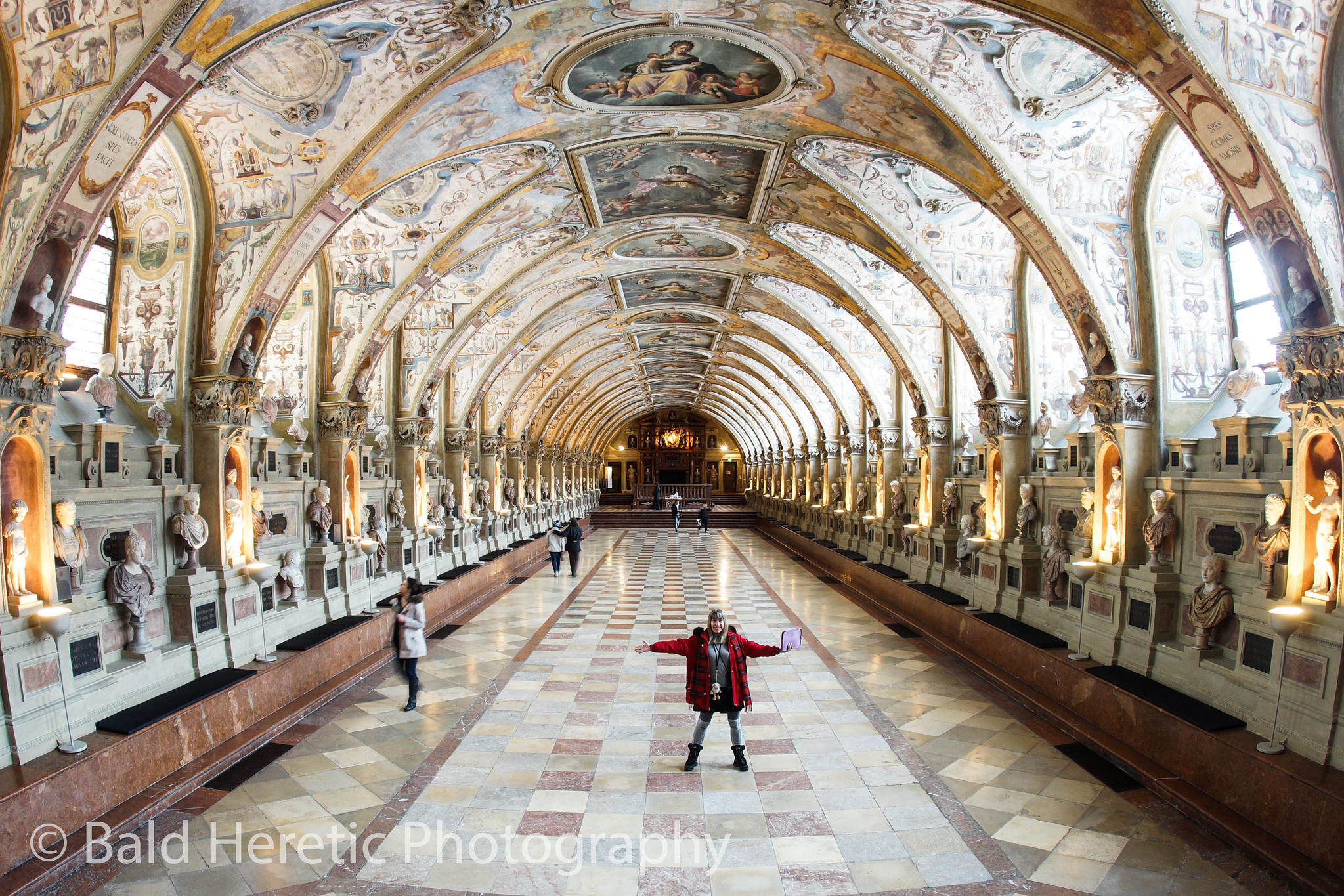 Fot me the best part of this destination was that Antiquarium. Since we are early risers, we managed to beat the crowds which allowed for me to take some of my best photos of the trip. I even took a photo where I placed my camera on the floor and set the timer and walked away. This allows me to properly expose the photo without motion blur. Much in the same way you would do if you used a tripod. This and many others can be found in my “Camera On The Floor” set.

After the Antiquarum, which was a very long tour as it turns out, we headed over to the Schatzkammer der Residenz to see the crown jewels. Since it was practically next door and well after noon we decided to try our luck again at St. Peter’s Church. By this time the services were over and we figured we could have a look around. I particularly wanted to see the jewel encrusted skeleton of St. Heilige Munditia. We found her right where the guidebooks said she would be. Unfortunately, she was behind a metal grate. I had to push my camera through the bars to get a reasonable photograph. I am just lucky I didn’t drop the camera.

After our tour of the church we headed back to the room.

After resting for a few hours we went back out (in the snow) and found some dinner. When we were leaving the restaurant we noticed it was no longer snowing so we went to the hotel room and grabbed the tripod so I could try some night shots at the Marienplatz It decided to start snowing again so we came back to the hotel room for the night. All in all, today was a VERY good day.