Cynthia and I went outside Friday evening and we heard a very loud, very distinctive squawk coming from the neighbor’s tree. After a minute a green Quaker Parrot flew out and landed in another tree. I tried to coax him down, but he was very timid. After I started to walk away he flew out of the tree and landed on my shoulder. Obviously this is someone’s pet. Cynthia has named him Murphy. 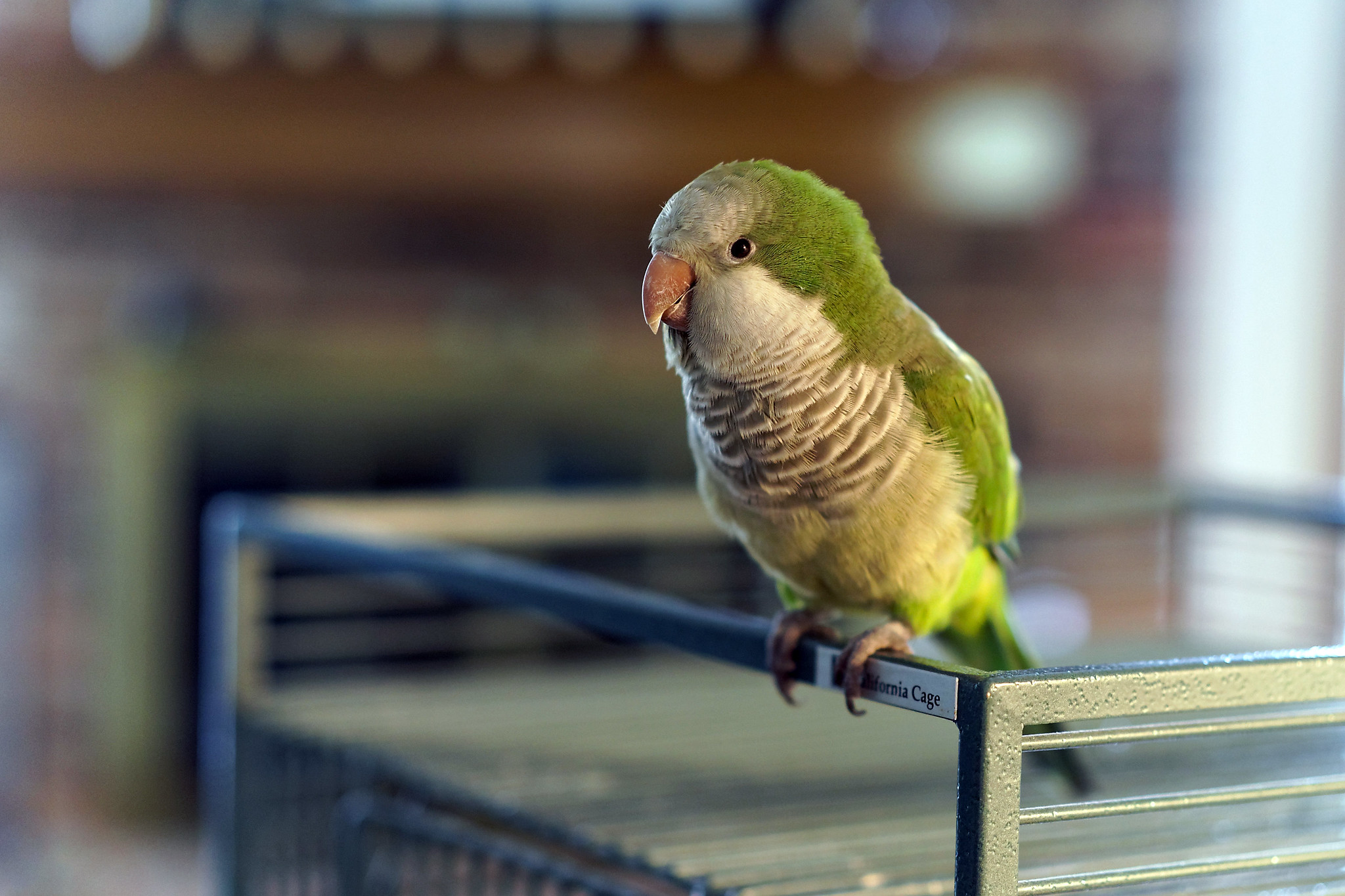