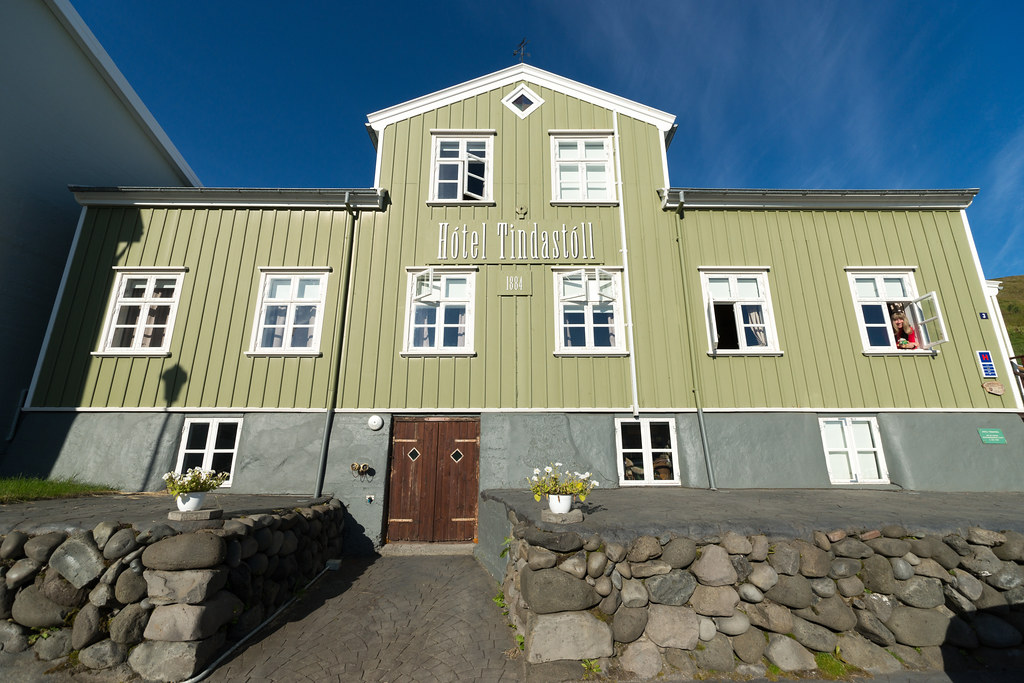 We left our comfortable accommodations at Hotel Tinsdastoll in Sauðárkrókur to make our way to the capital of the North, Akureyri. Total driving distance 110 miles. This would be a relatively easy driving day. 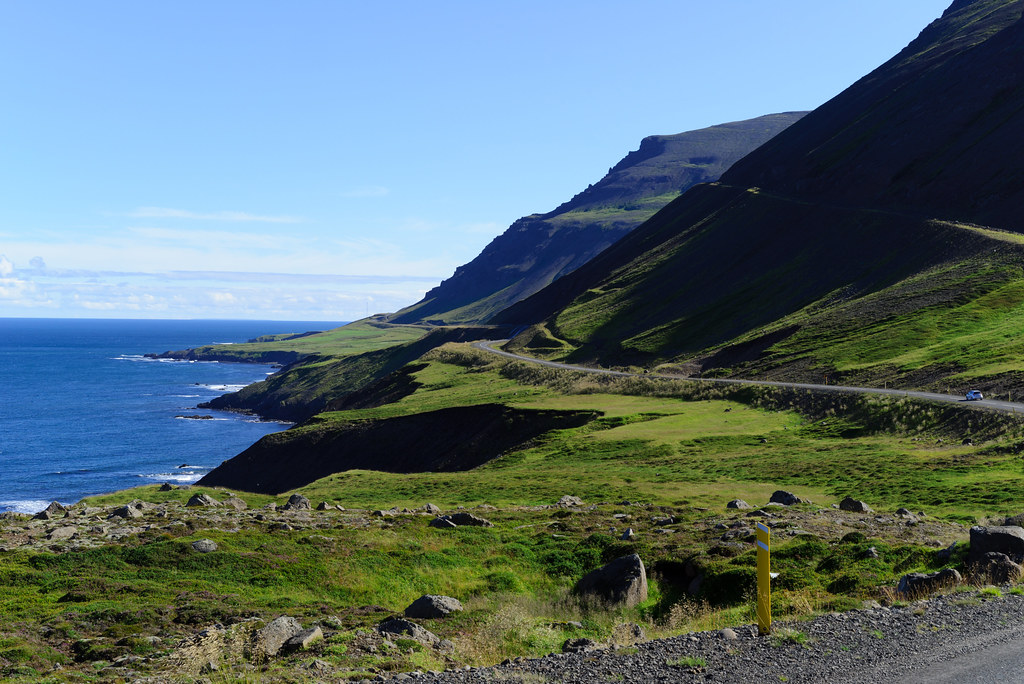 We drove up and around the Tröllaskagi peninsula which translates to the Troll Peninsula. This took us within spitting distance of the edge of the Arctic Circle when we were at the most northern point. Curvy mountain passes all the way. Mostly paved, but not always. 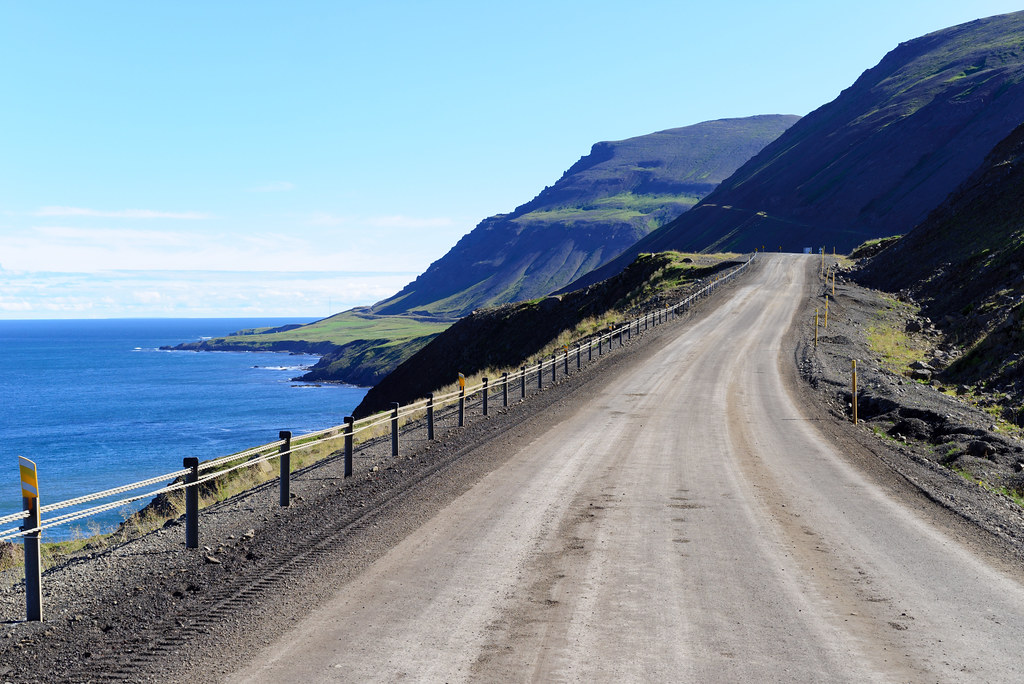 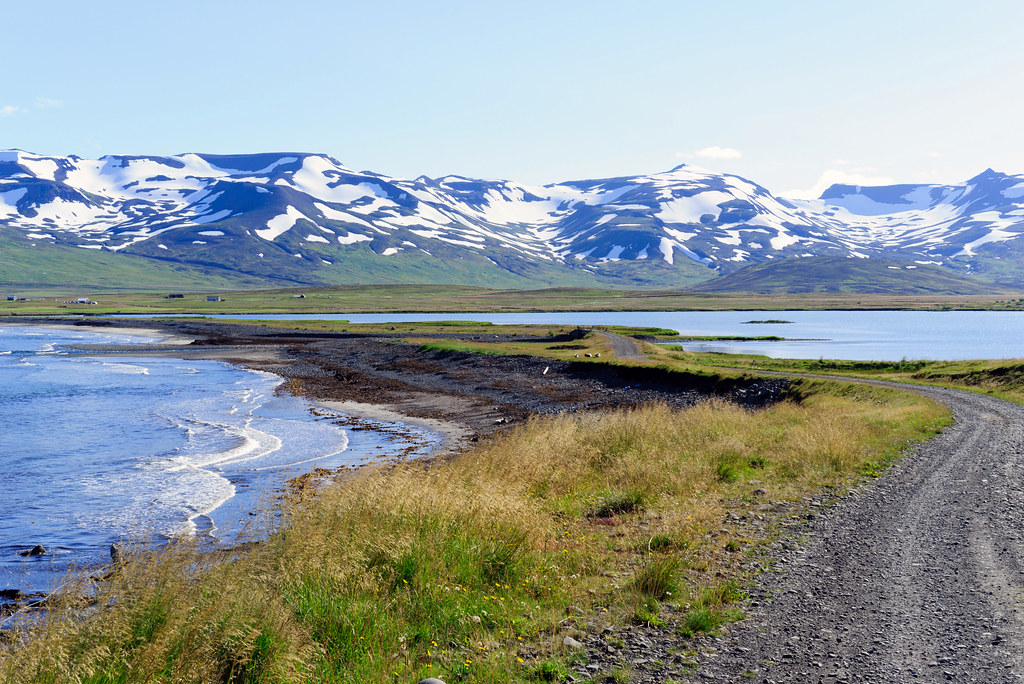 Snow capped mountains loomed overhead, adding to the stark beauty of the landscape 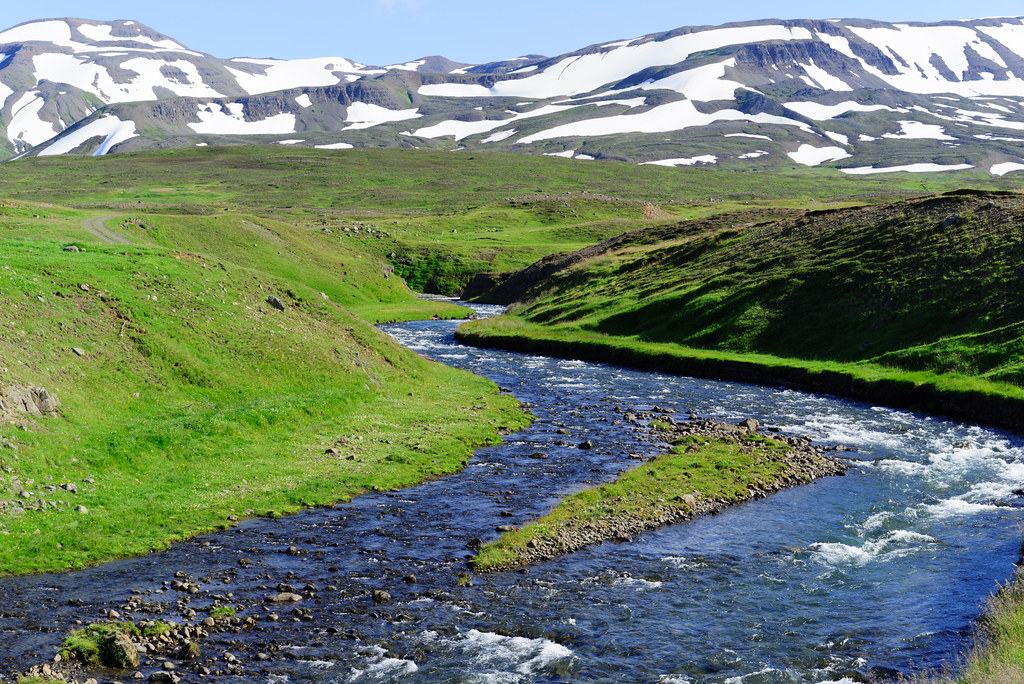 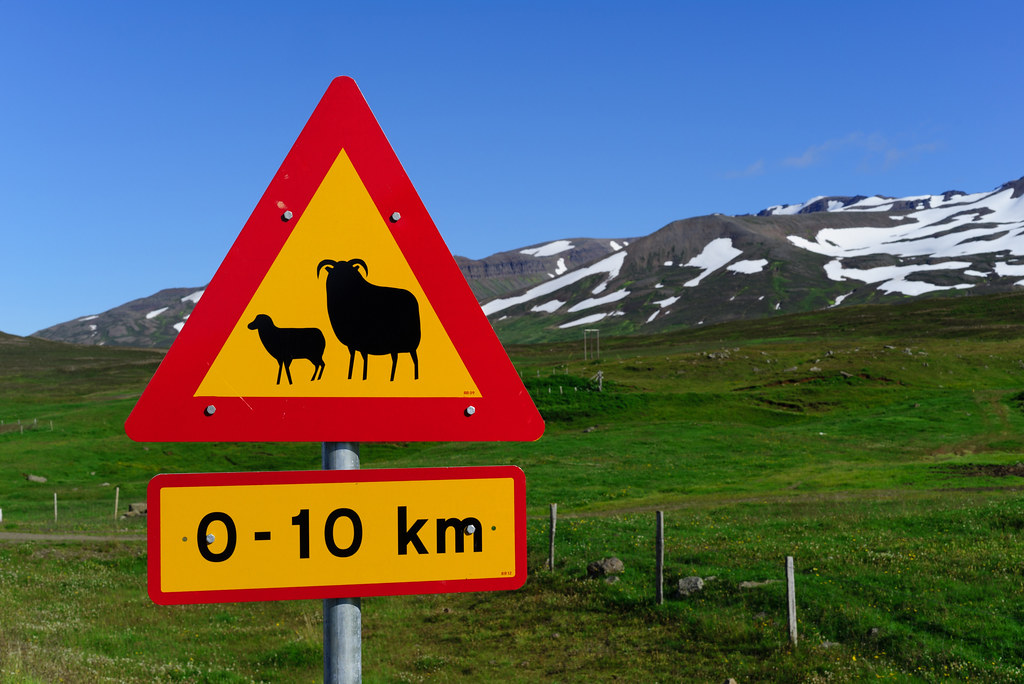 It’s not just the sheep you have to watch out for in Iceland. We’ve seen a lot of signs warning of birds and it’s a valid warning. The birds in Iceland come out of nowhere and can be quite large and can scare the crap out of you. They also tend to run across the street and can easily startle you and cause you to swerve suddenly. 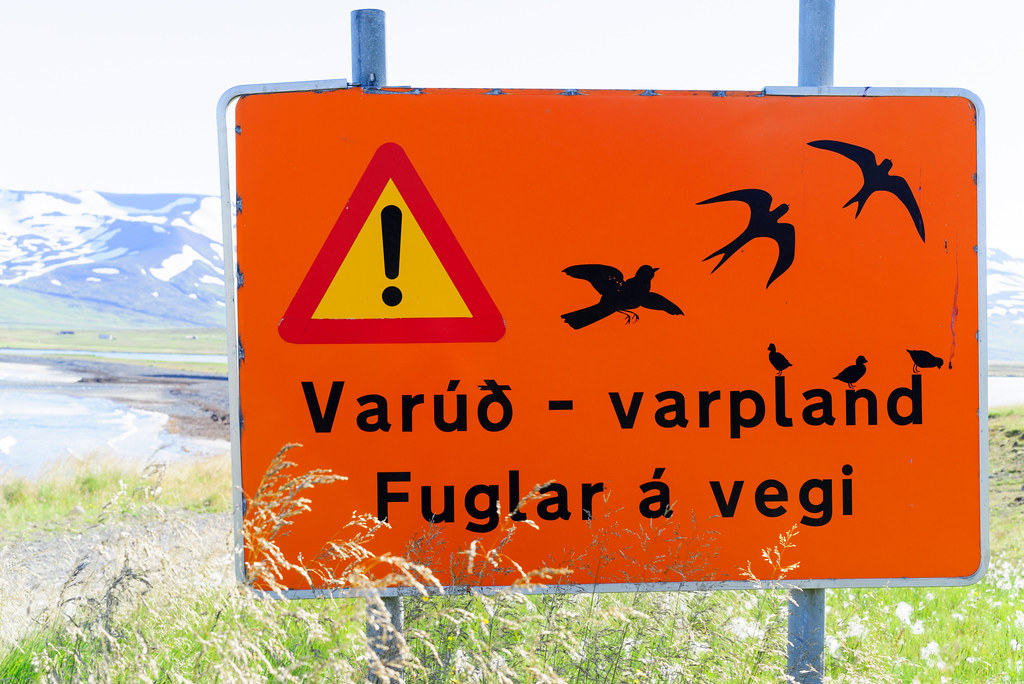 I tried to prep Cynthia for the tunnels as she is rather claustrophobic. But what I didn’t know is that there was a tunnel before you even got to Siglufjörður. The Strákagöng which was built in 1967 and is the second oldest tunnel in Iceland and runs for about 1/2 a mile. 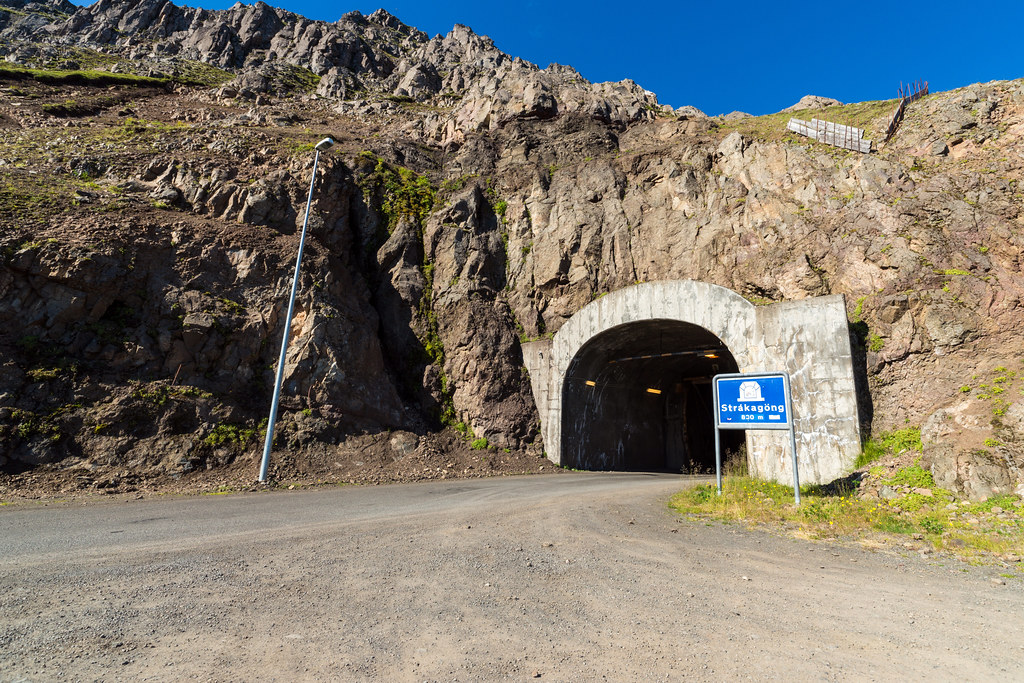 This was a bit of a surprise to both of us. Also surprising was the fact that this was a one lane passing tunnel. Oncoming traffic had little pullovers where they had to wait while we passed. Nerveracking to say the least.

We cleared the tunnel and made our way to Siglufjörður to get some petrol, road snacks and find some lunch. 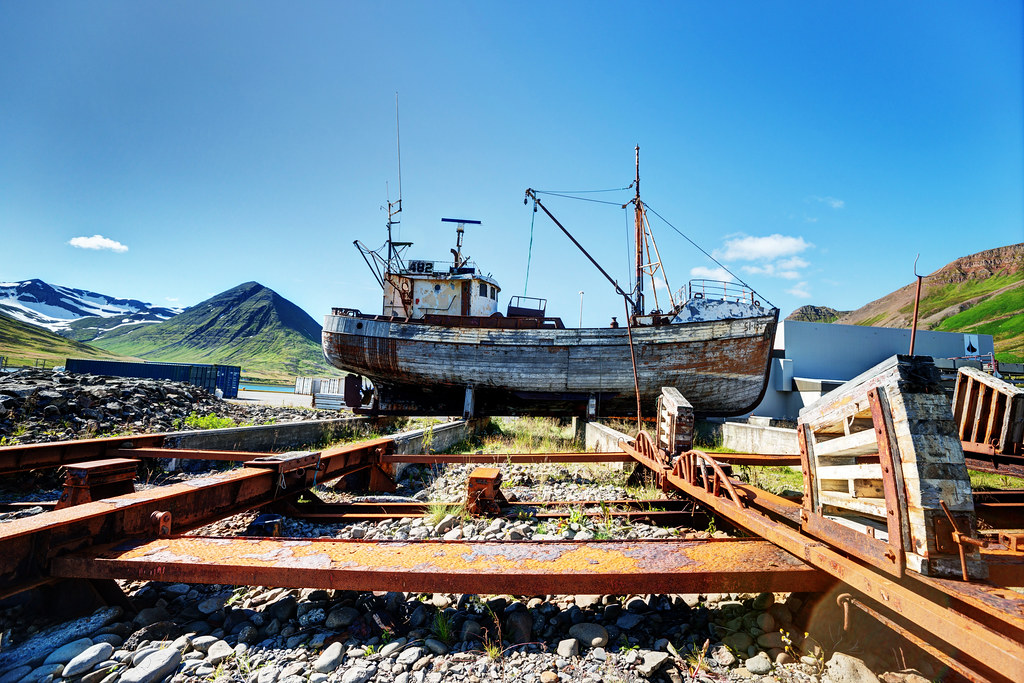 Since it is Verslunnarmannahelgi, the Icelandic Labor Day holiday weekend, there seems to be a bit more hustle and bustle than you might expect. We see campers and tents all over the place and Icelanders enjoying the sun.

We get our gas and snacks and pull into a place called the Harbour House Café to grab some lunch. While we are there we struck up a conversation with the owner, a man named Valgeir Tomas Sigurdsson. He asks where we are from and we tell him we are from Texas. His eyes light up and he proceeds to tell us the tragic tale of a doomed love affair he had with a woman from Conroe.

As the afternoon winds on, word of the visiting Texans spreads and we meet many members of Valgeir’s family who are all in town for a family reunion. Some of them are living in Florida and visiting Iceland for the reunion and seem to be very happy to to talk to some Americans from Texas.

Had we not pressed to get moving I suspect we could have spent the entire day in Siglufjörður just chatting away about this, that and the other thing.

We bid our farewells and proceeded to the next tunnel, Héðinsfjarðargöng II. 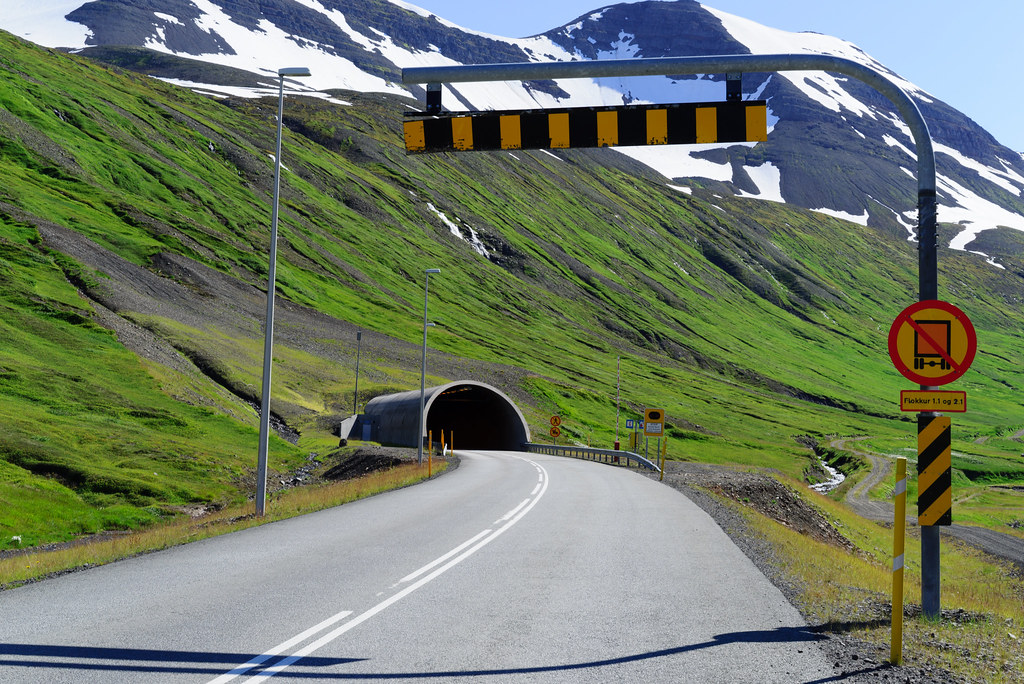 This tunnel leads to an abandoned fjord which is quite beautiful. 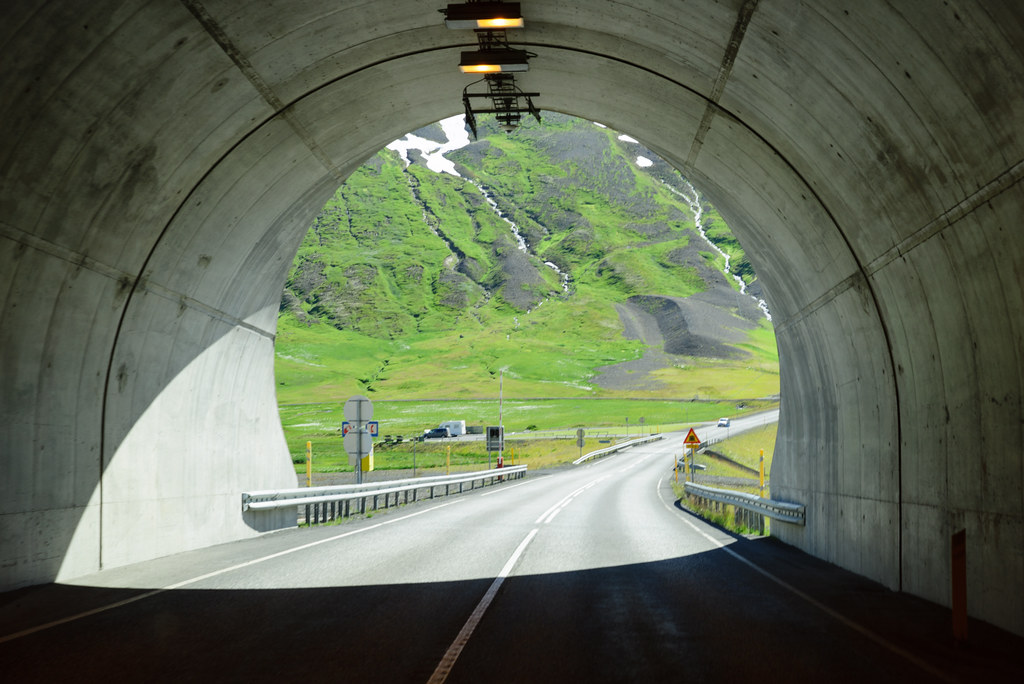 In this fjord you can see the exit of one tunnel and the entrance to the next tunnel.

We took a short break and proceeded to drive into Héðinsfjarðargöng I to get to Ólafsfjörður. This was the longer of the two main tunnels. Suffice to say we’re happy to reach the end. 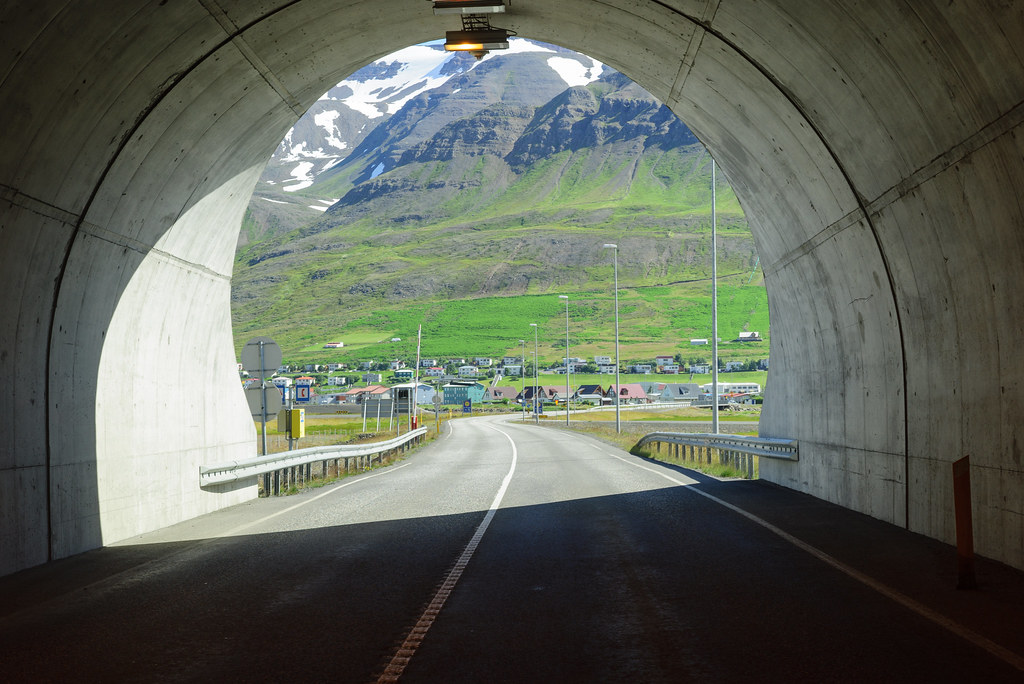 We make our way through Ólafsfjörður only to be greeted by another surprise. One more tunnel. The Ólafsfjarðargöng Tunnel, also known as the Múlagöng. This one runs for a little over 2 miles. And it’s another one lane passing tunnel. 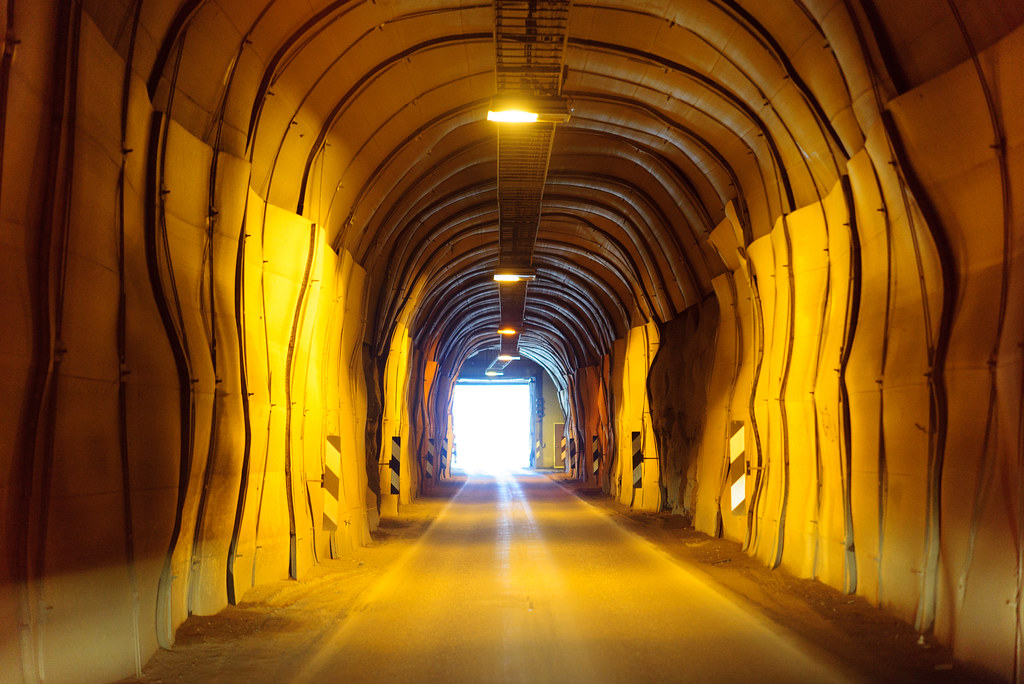 When we clear the tunnel Cynthia says to me “If we have to drive through one more tunnel, I’m going to throw up in the car.” I tell her I am pretty sure that’s the last of them. We will discover later that this is not the last of the tunnels we will be passing through on this journey.

We make it to Akureyri around 2:30 and find our hotel and check in.