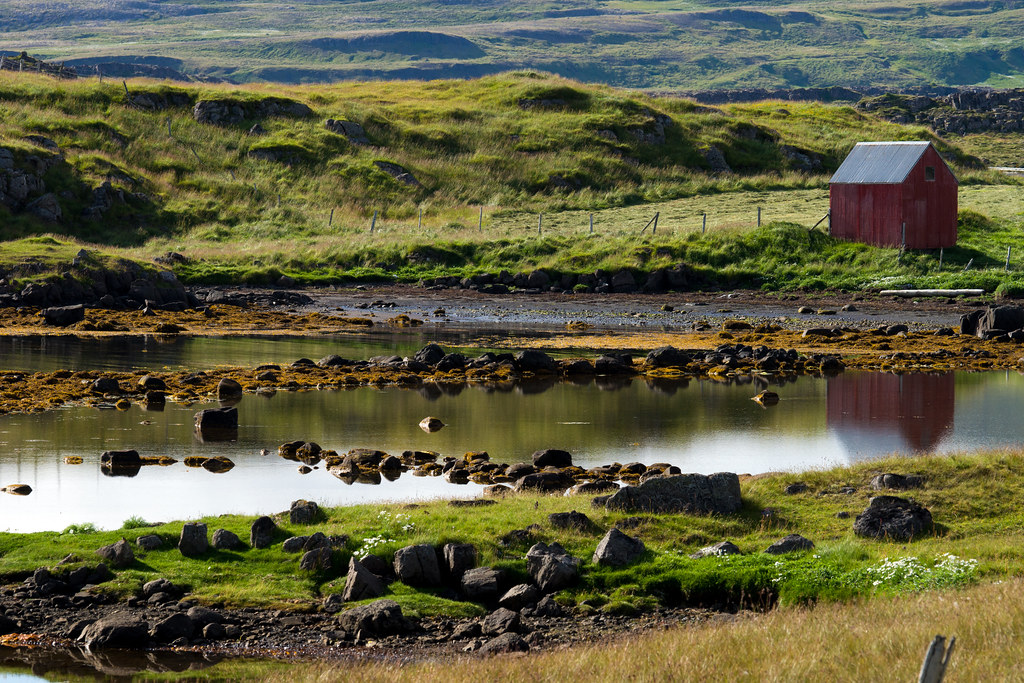 This was one of our longer driving days, but the roads would be less challenging as we made our way out of the Westfjords and into the North of Iceland.

The Westfjords were so beautiful. Anyone who visits Iceland and doesn’t take some time in this part of the country is really missing out. 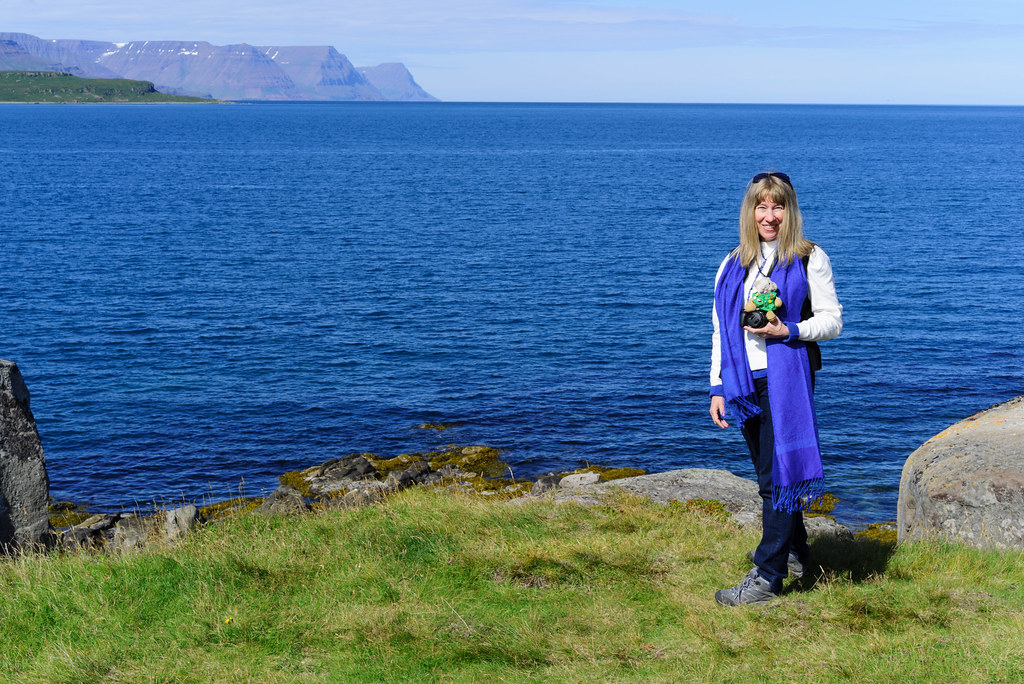 It was one amazing site after another. 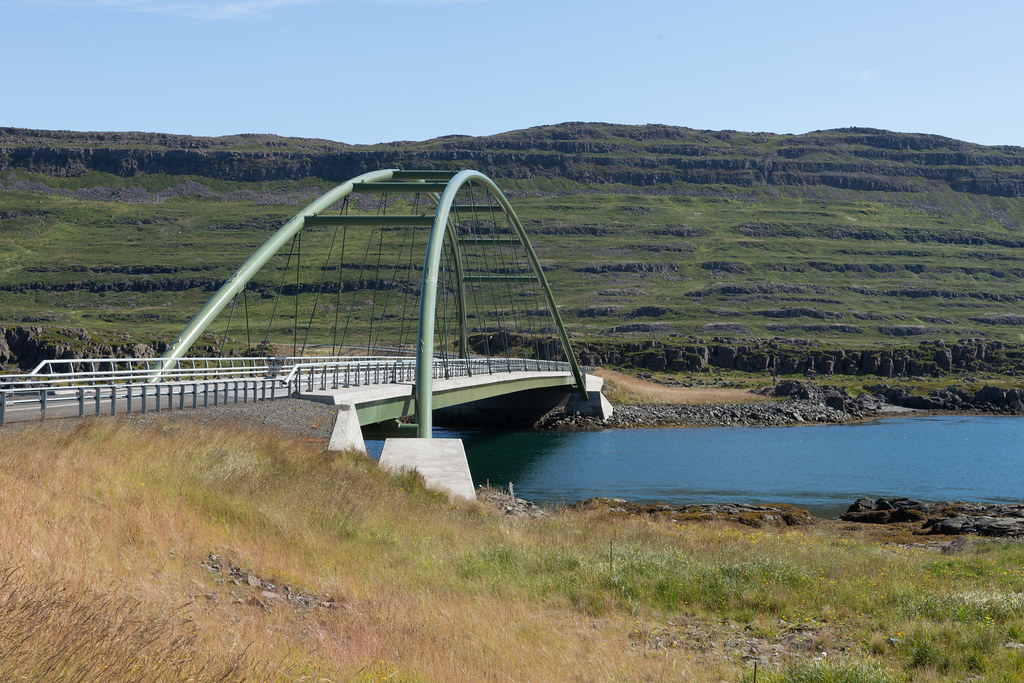 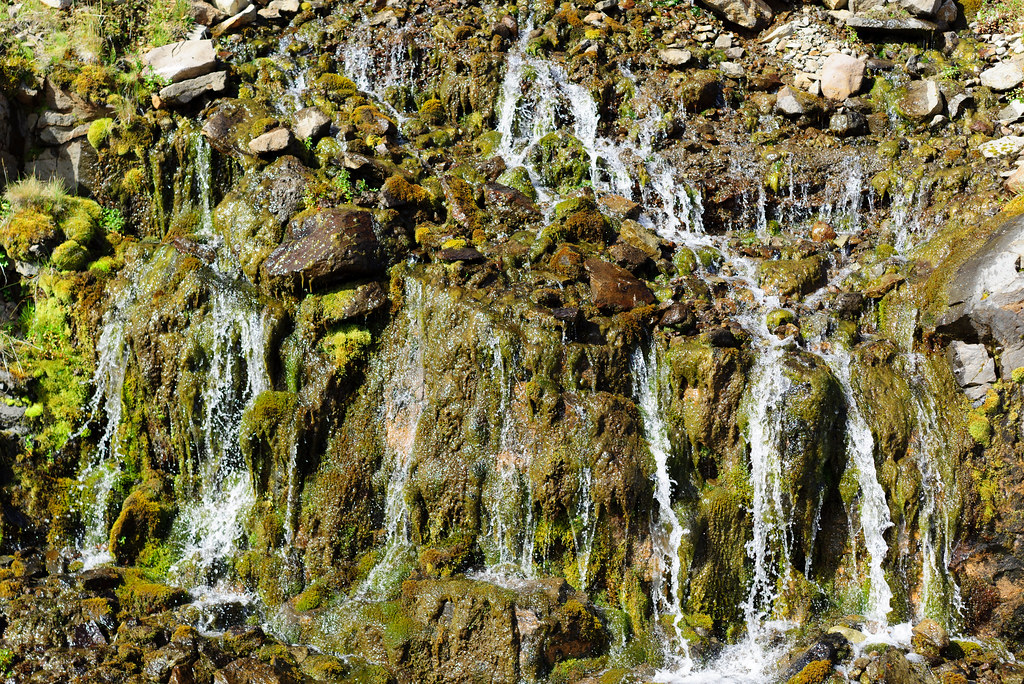 We had a few gravel roads to navigate and a few proved quite challenging. I felt the car trying to slip out from underneath me a few times, but was able to make the necessary corrections without much trouble, never once letting Cynthia suspect we were in any danger. 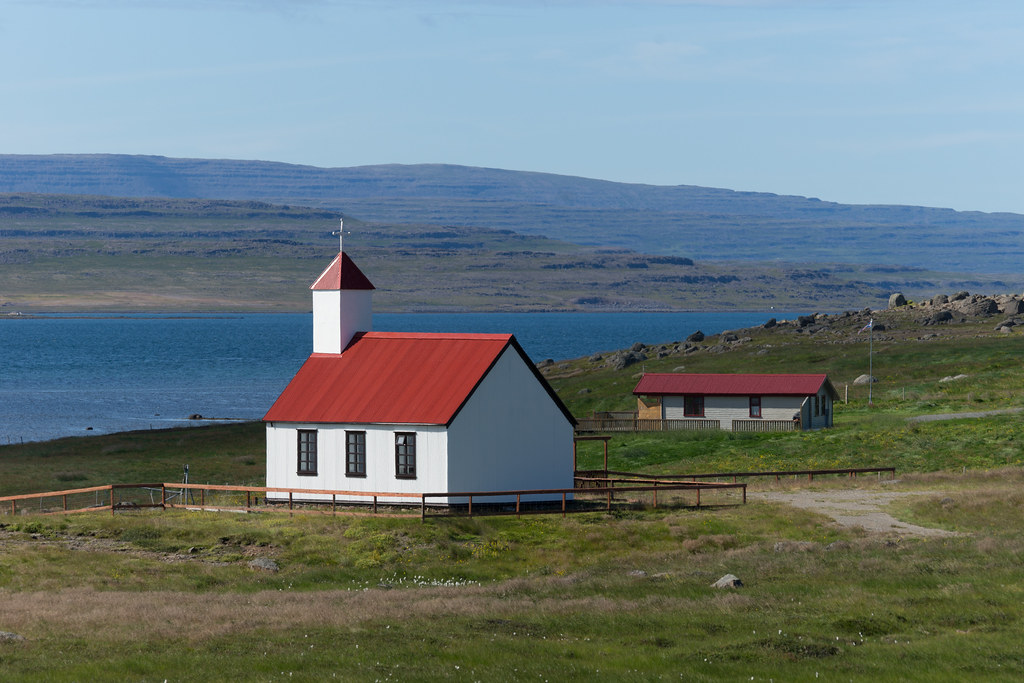 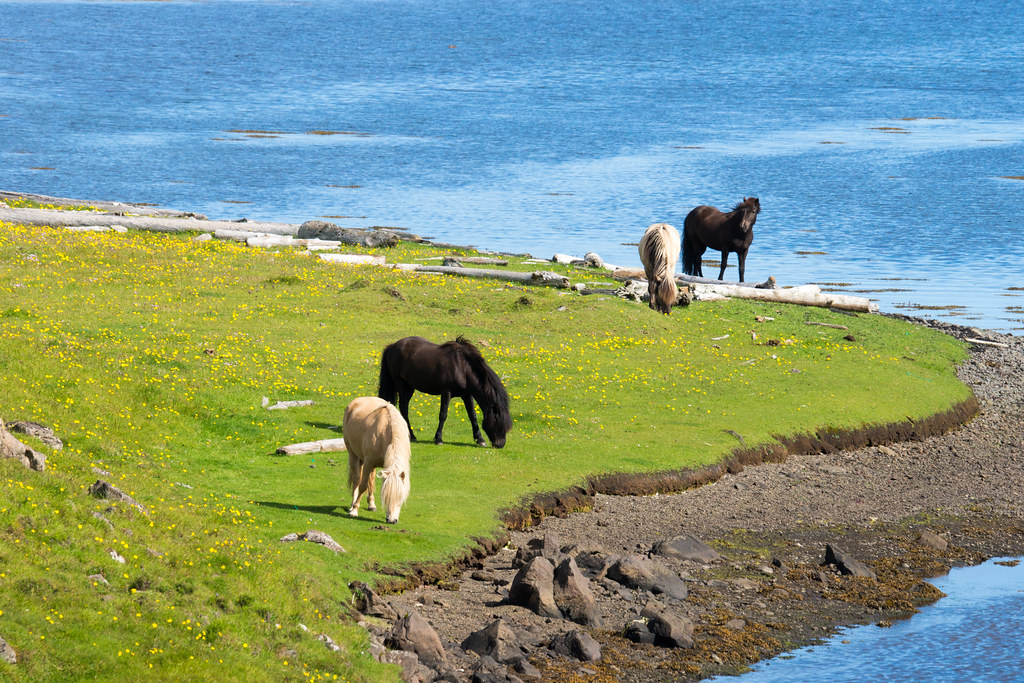 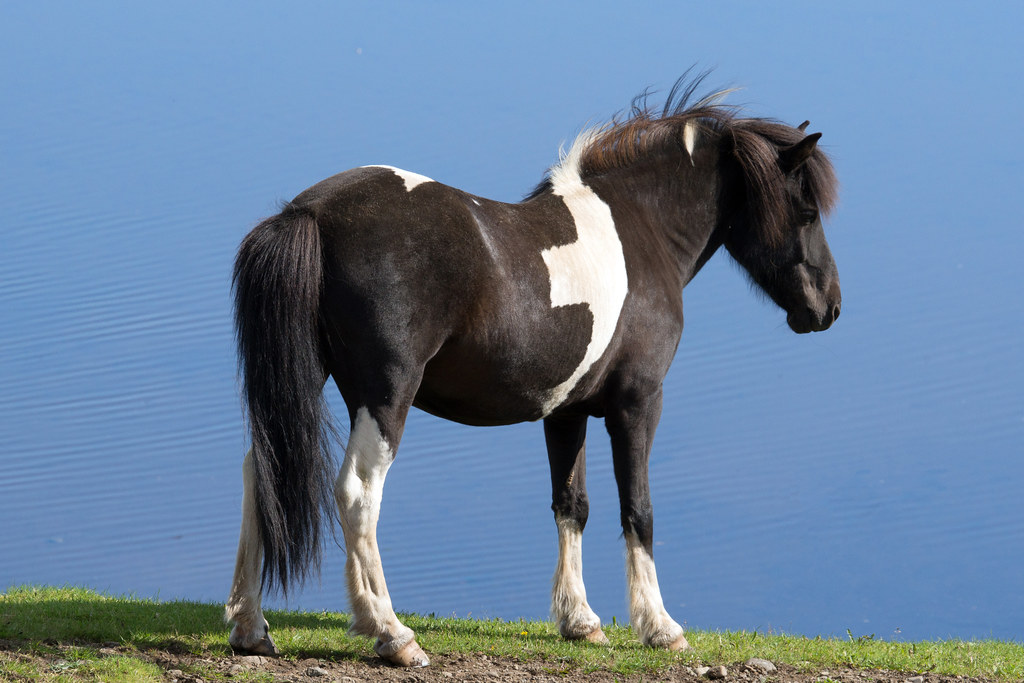 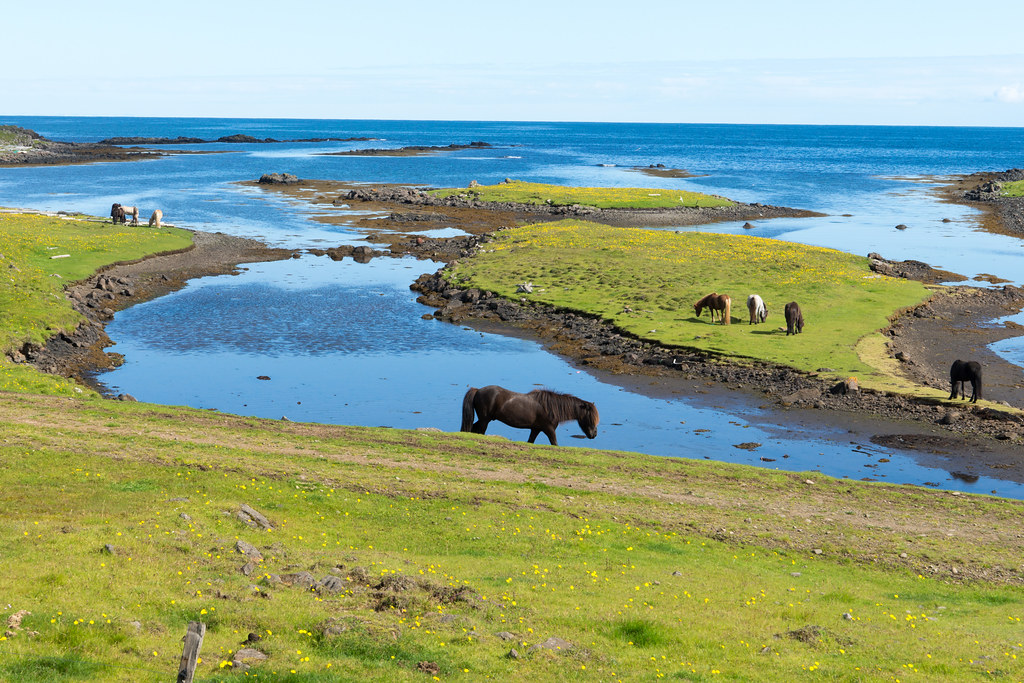 They look great, but we had no desire to ride them even though there were many places offering the opportunity.

We continued driving toward Sauðárkrókur which meant joining up with Highway 1 for part of the distance. This is the main road around Iceland and after driving in the remote Westfjords it seemed like a veritable traffic jam. Things we moving quickly and the towns along this route are much more modern, as far as Iceland goes.

I have to say, the churches here in Iceland are fascinating. In the Westfjords and other rural areas you see churches like this. 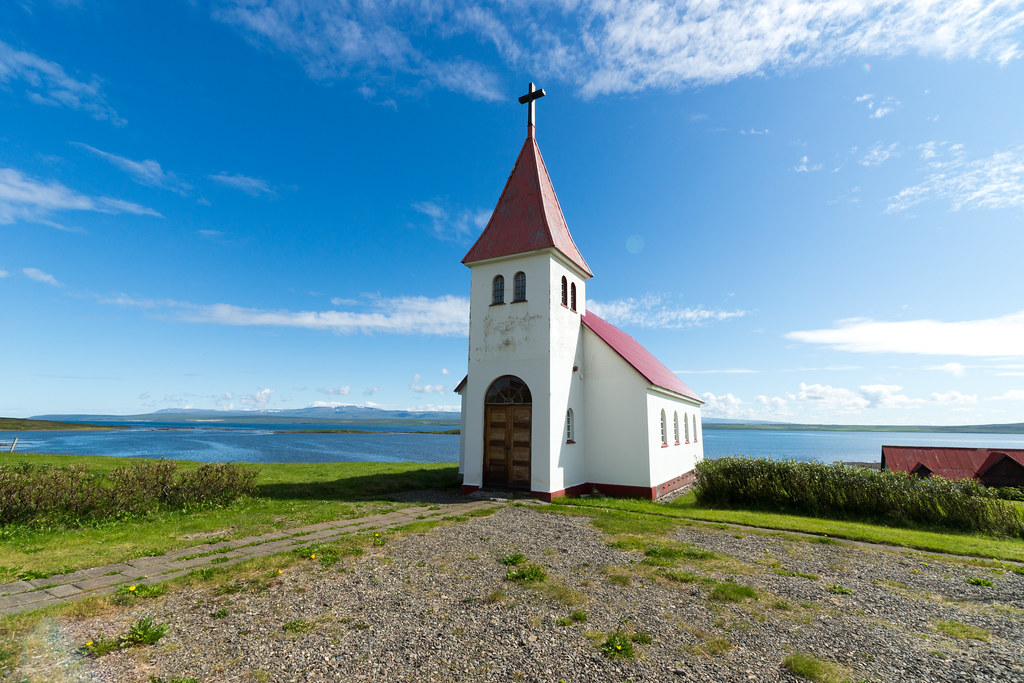 While in the larger cities it is not unusual to see more modern churches like this one in Blönduós right off Highway 1. 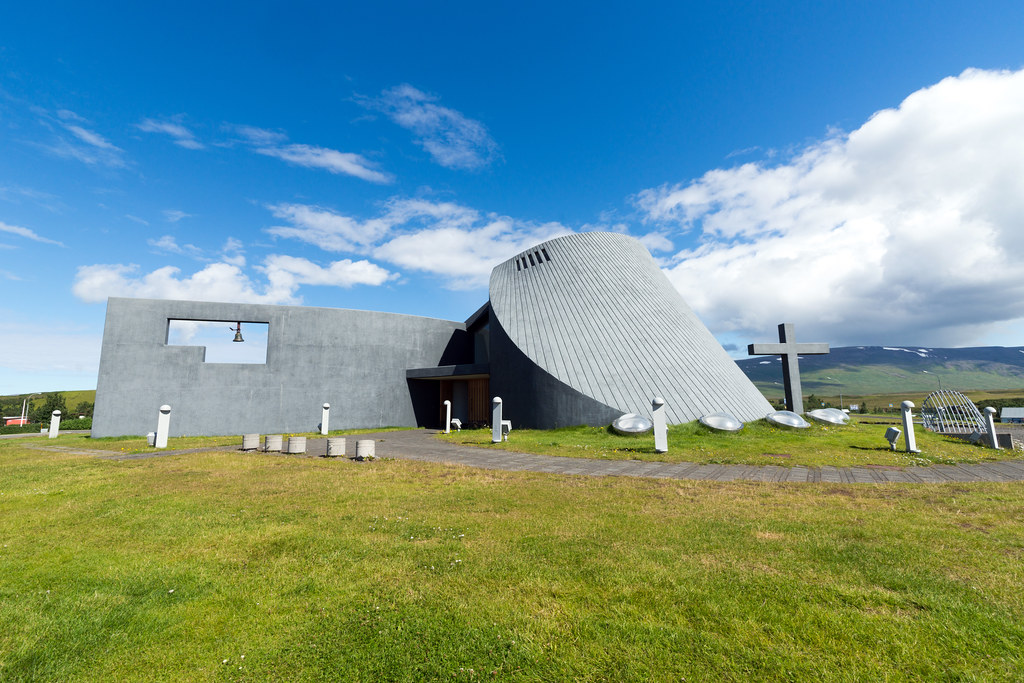 Or the one we saw back in Stykkisholmur 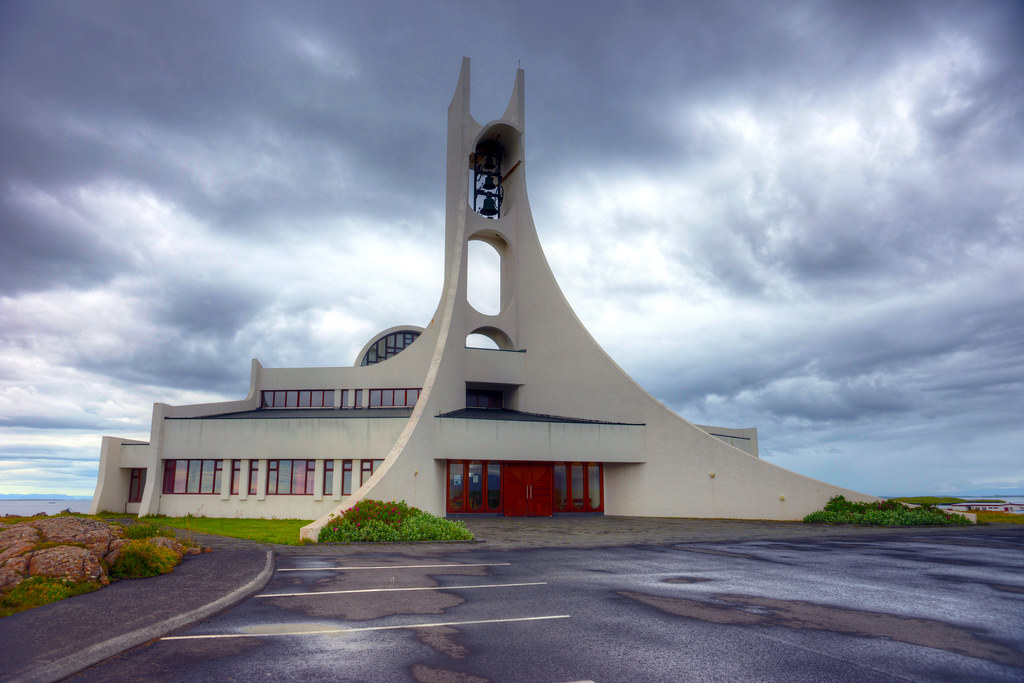 We arrived in Sauðárkrókur around 4:30pm and were pretty beat. 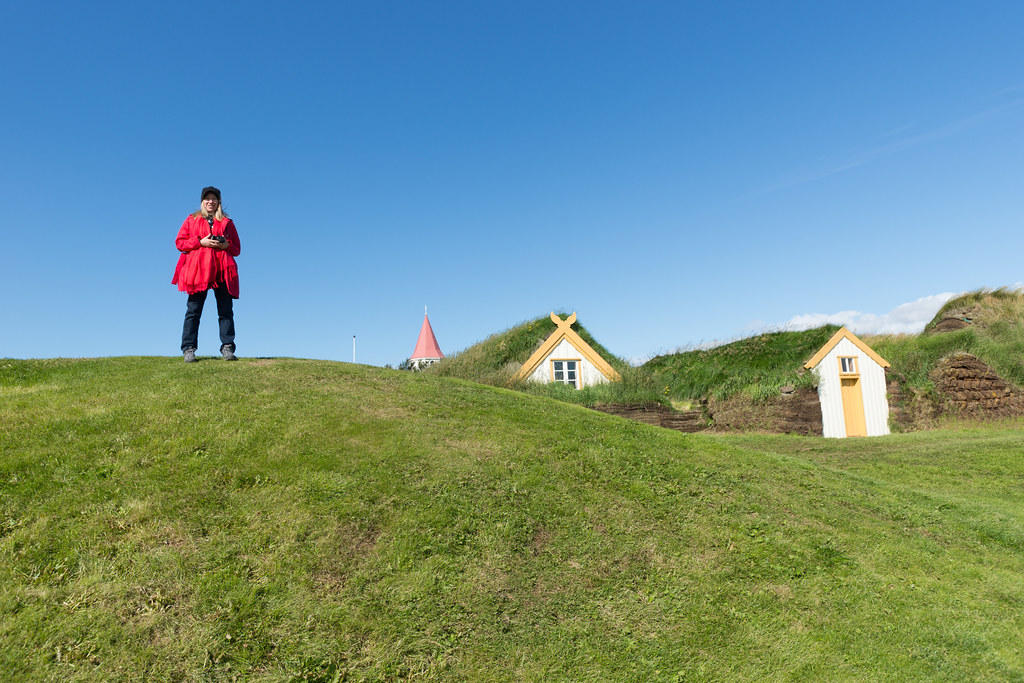 We found a place to have dinner and then retired to our hotel room for some rest. Tomorrow we head for Akureyri. 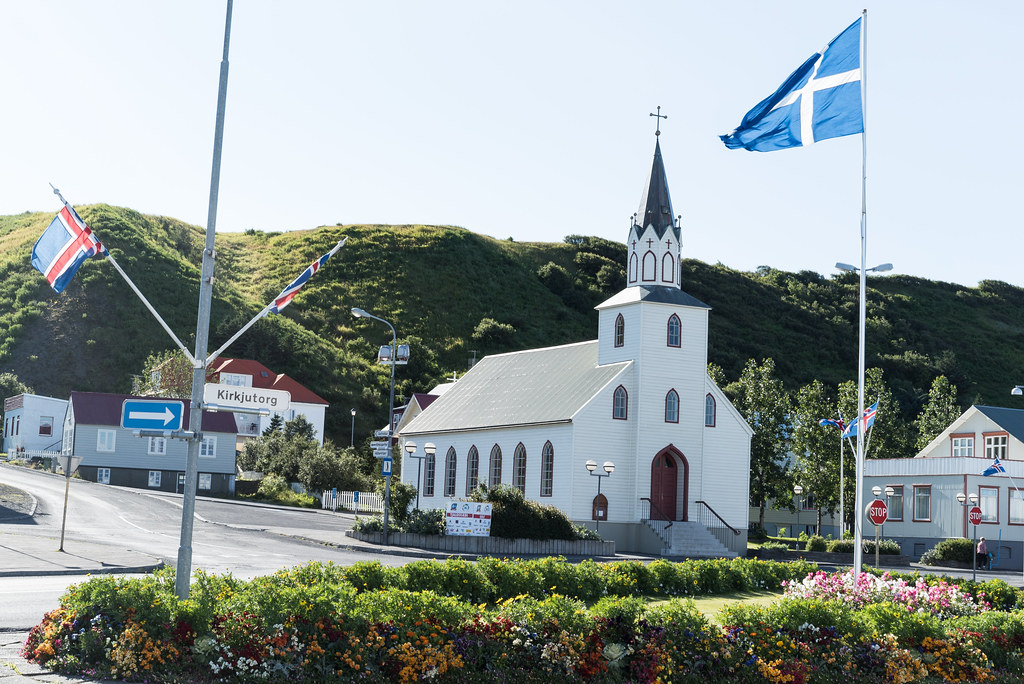