Rain or no rain, we’re here to enjoy ourselves. We walked down La Rambla and Cynthia spotted me with he umbrella while I took a few photos with the 85mm f/1.4 lens. 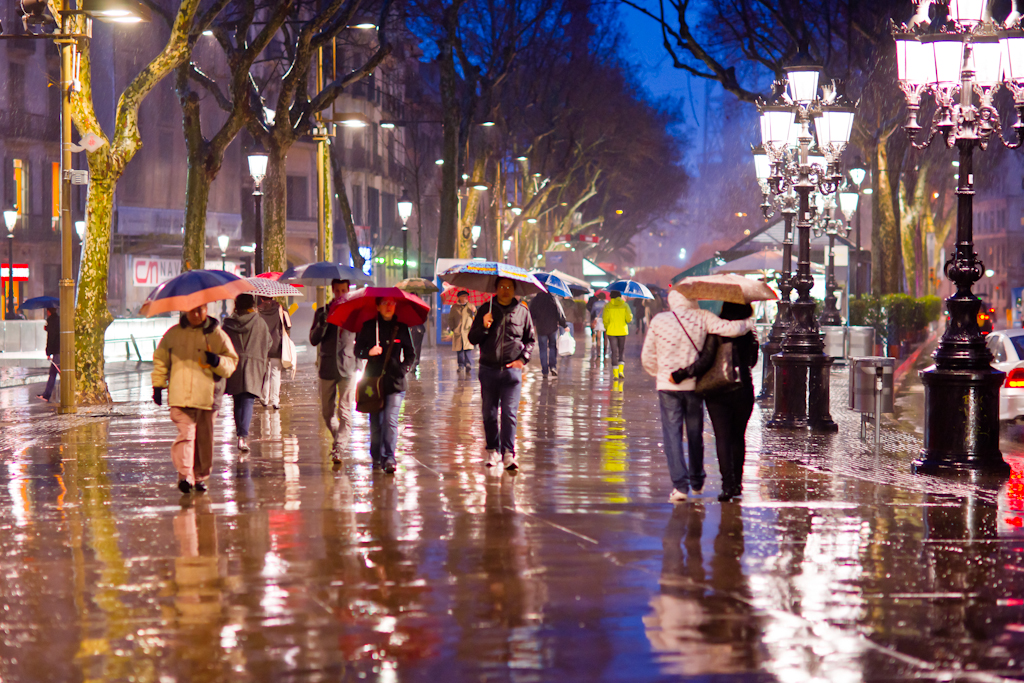 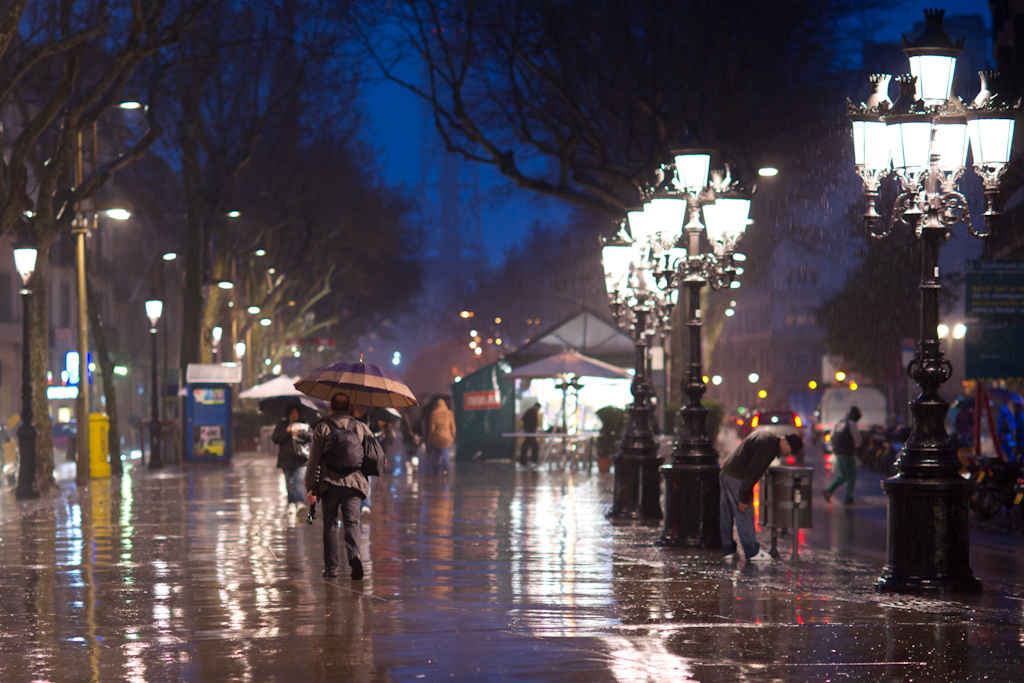