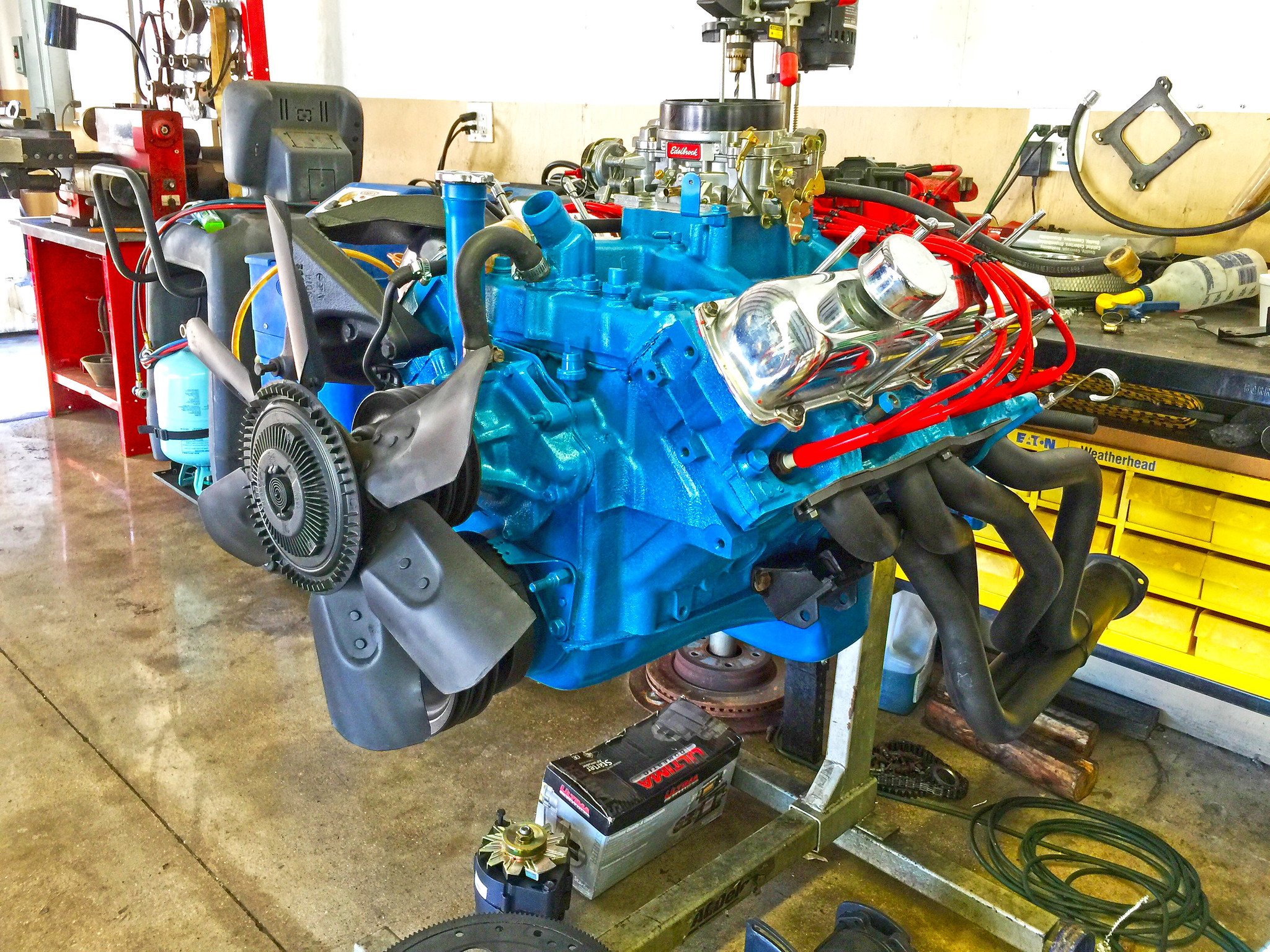 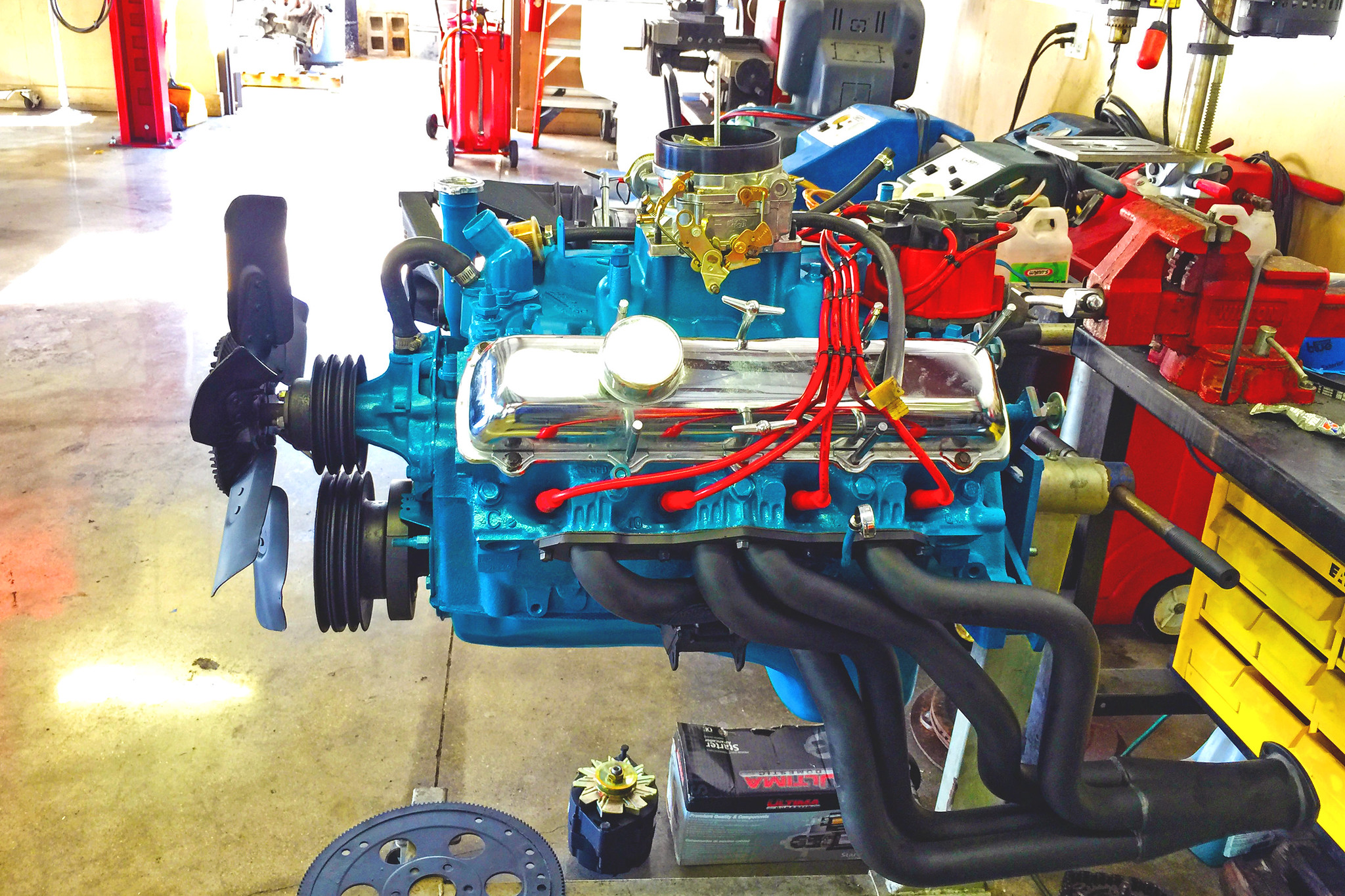 The Cutlass has been sitting up in the garage for the last 6 or 7 years. Unstarted, with a dead battery and two flat tires. I finally worked up the energy to have it removed from the garage and towed to a mechanic. All fluids flushed, new tires, new intake manifold, new carburetor, new brakes, rebuilt transmission, new top, new air cleaner. A lot of work over a long period of time, but she’s running. There’s more to do, but I don’t have the money right now. She does run real good, though. Need some cooler temps to enjoy it. 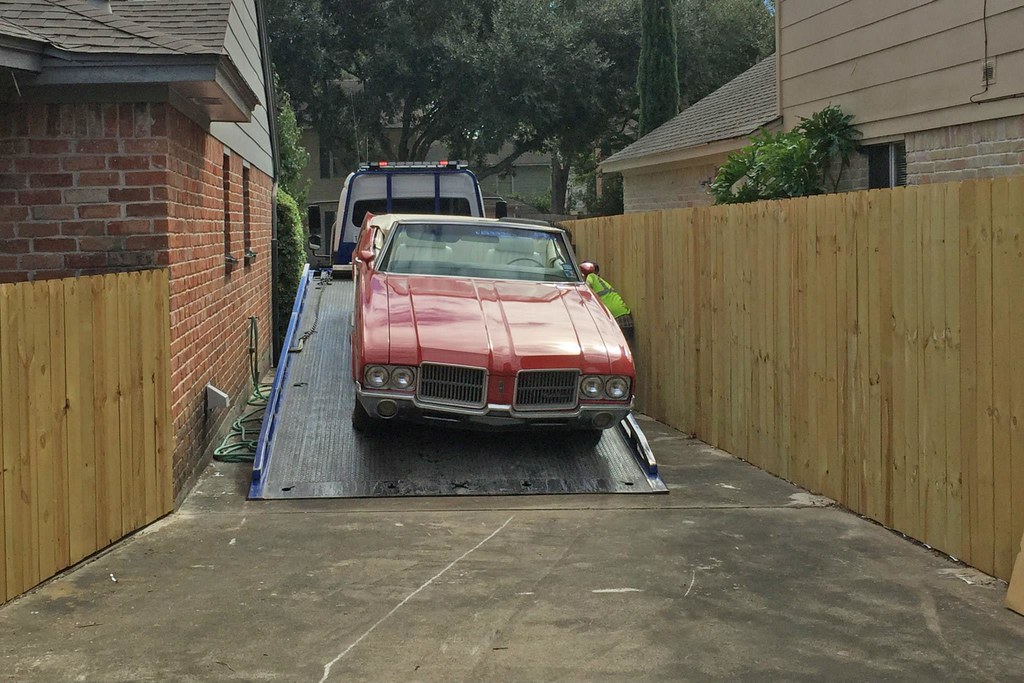 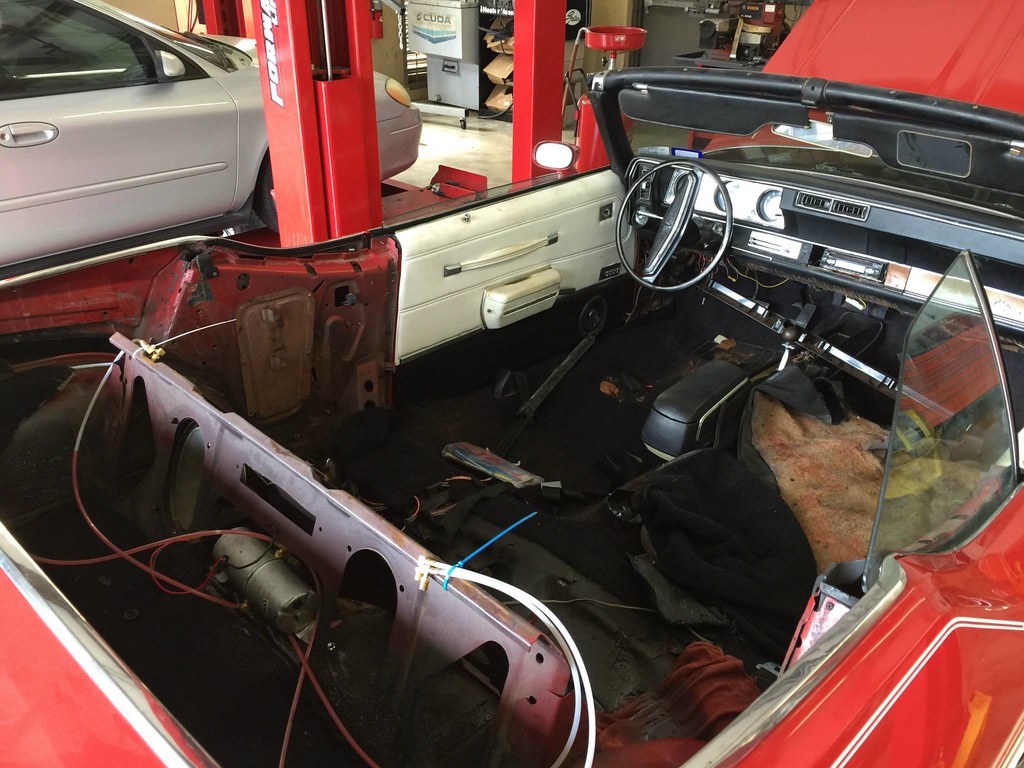 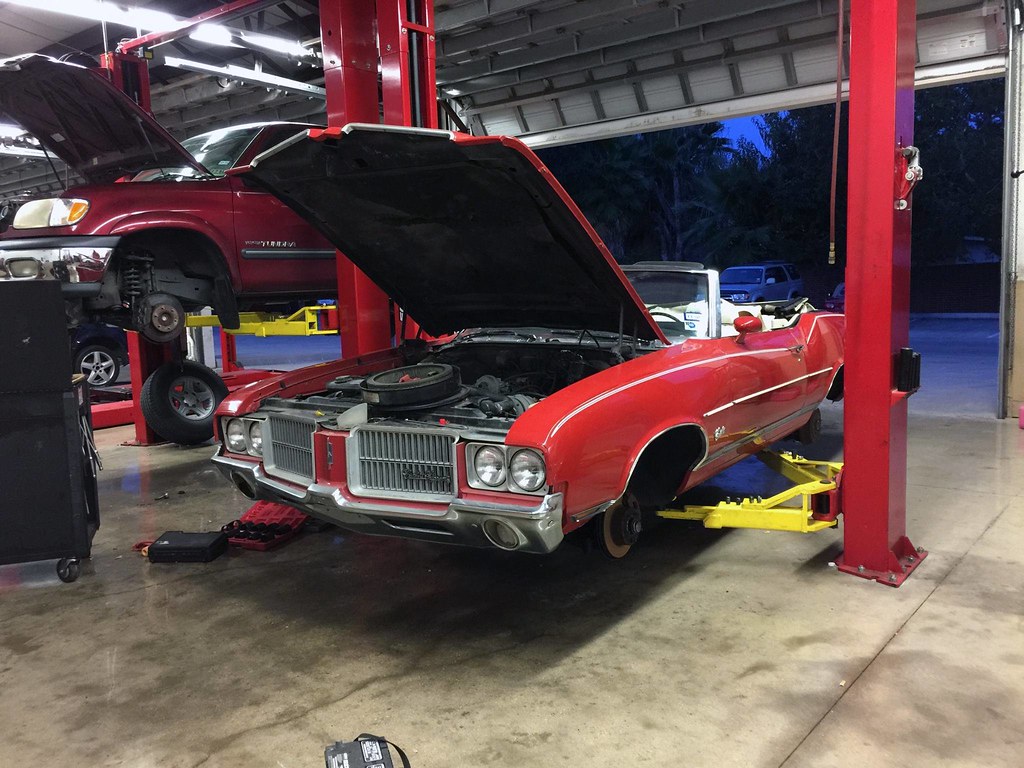 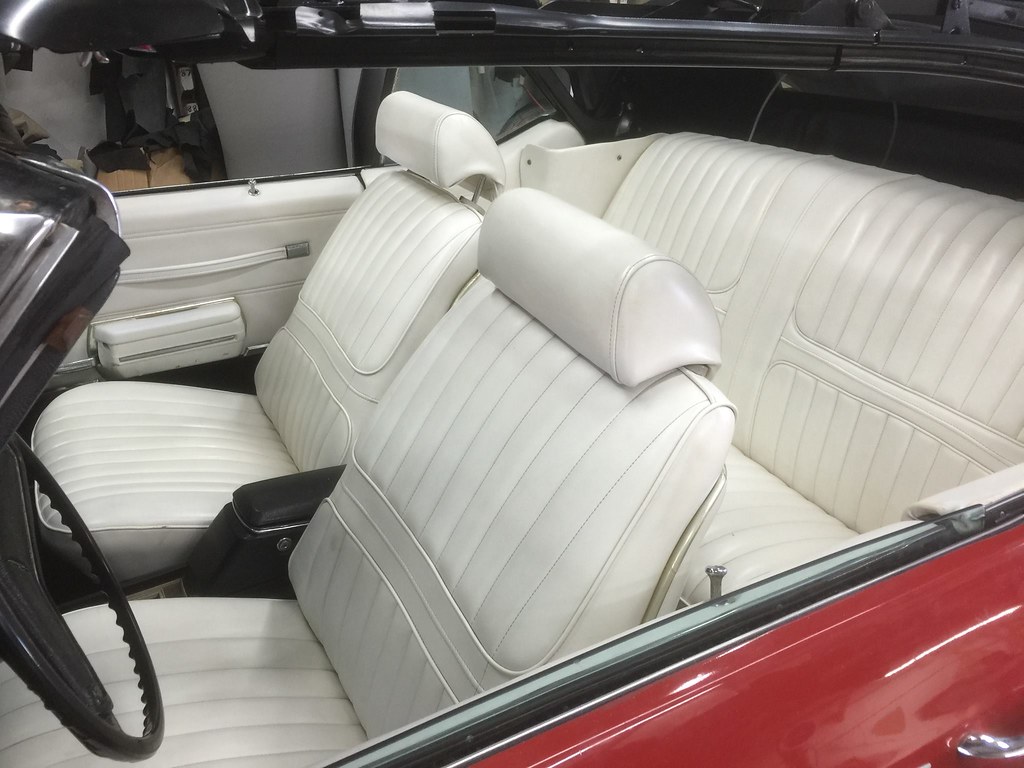 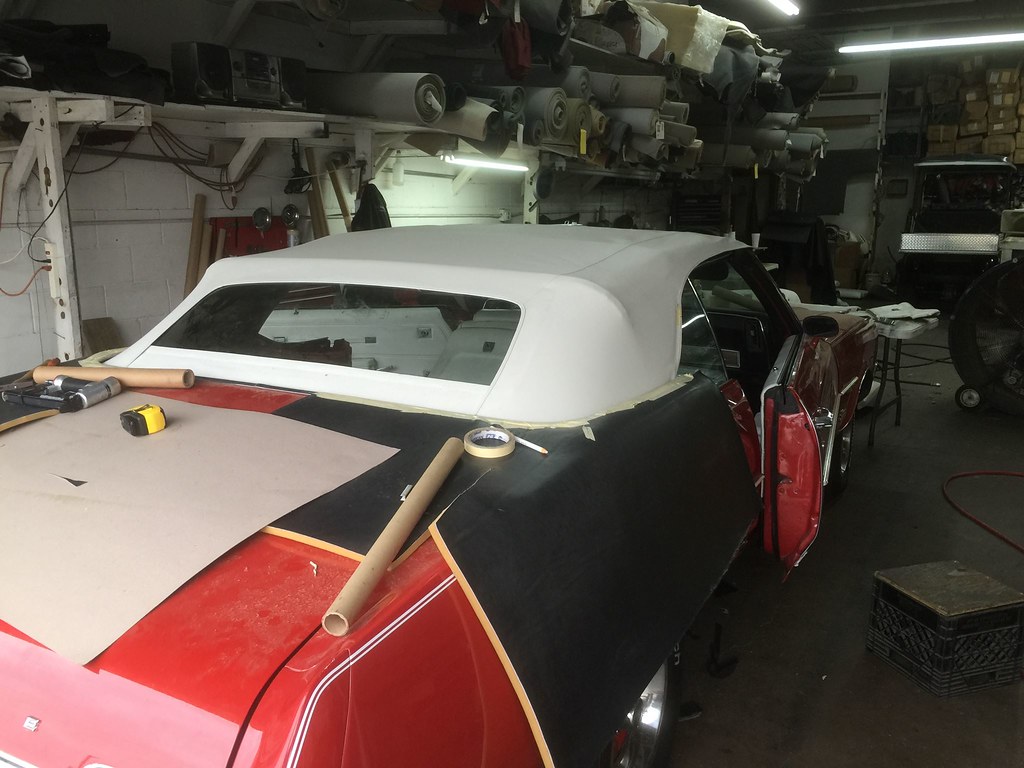 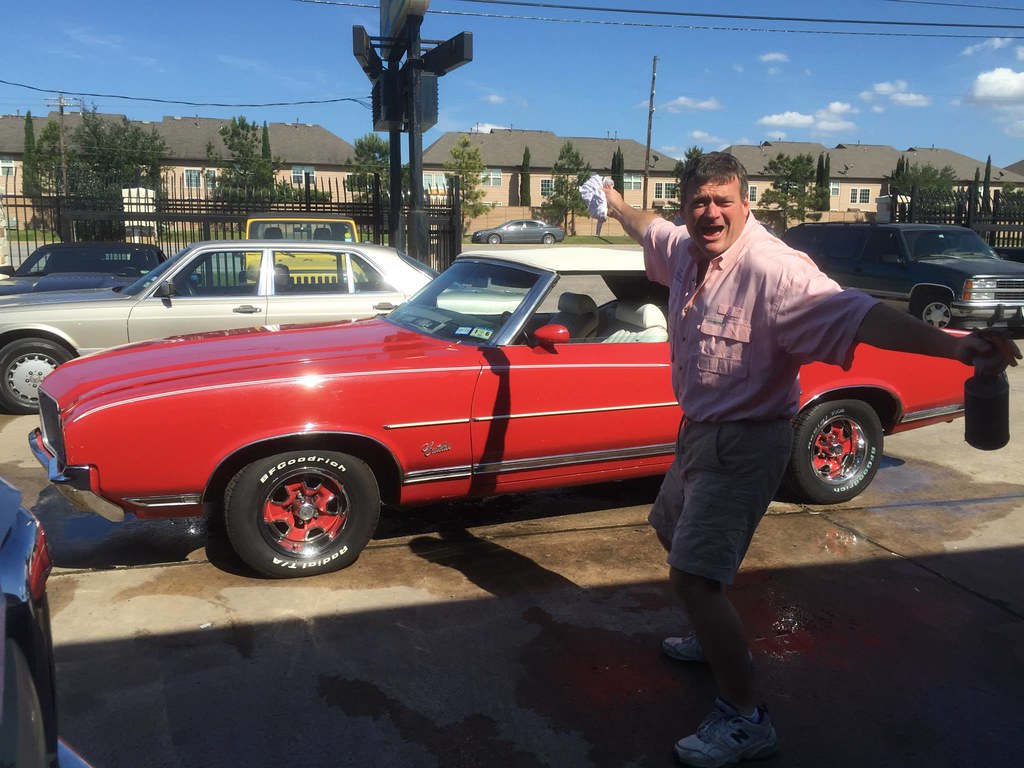 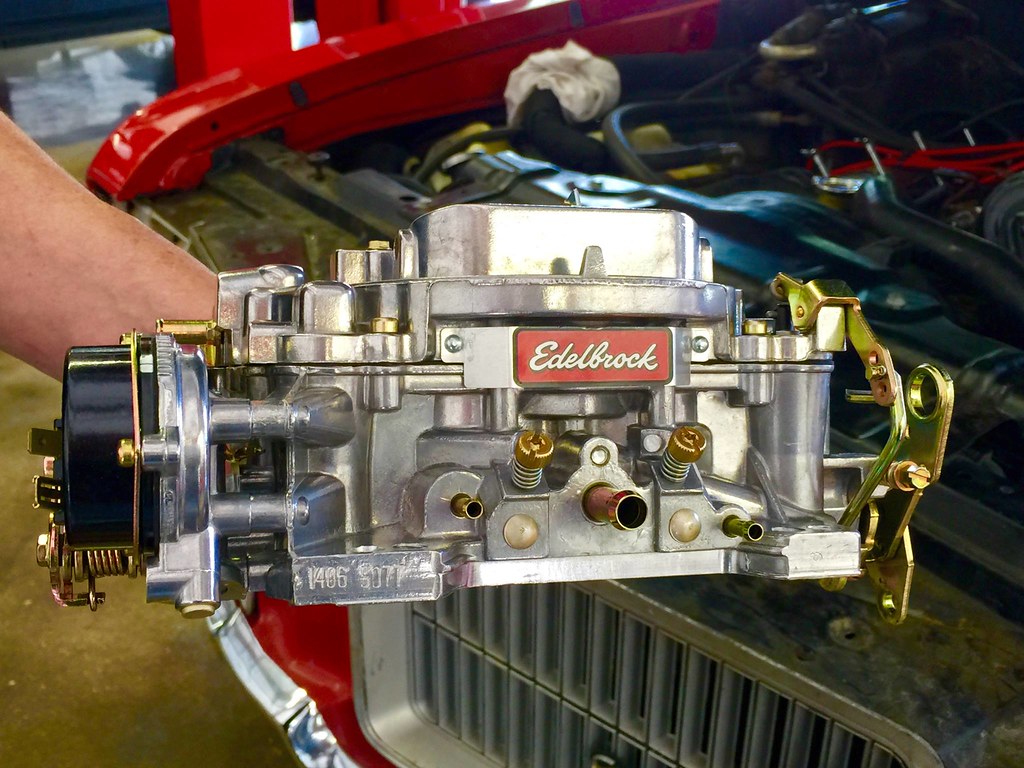 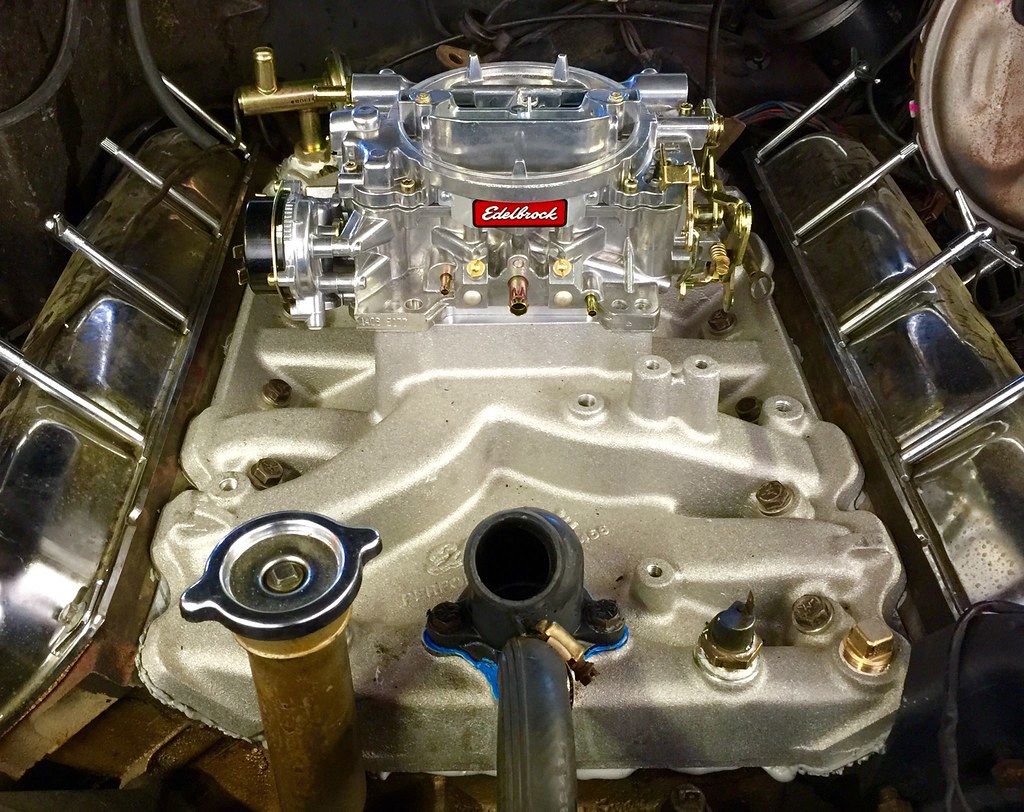 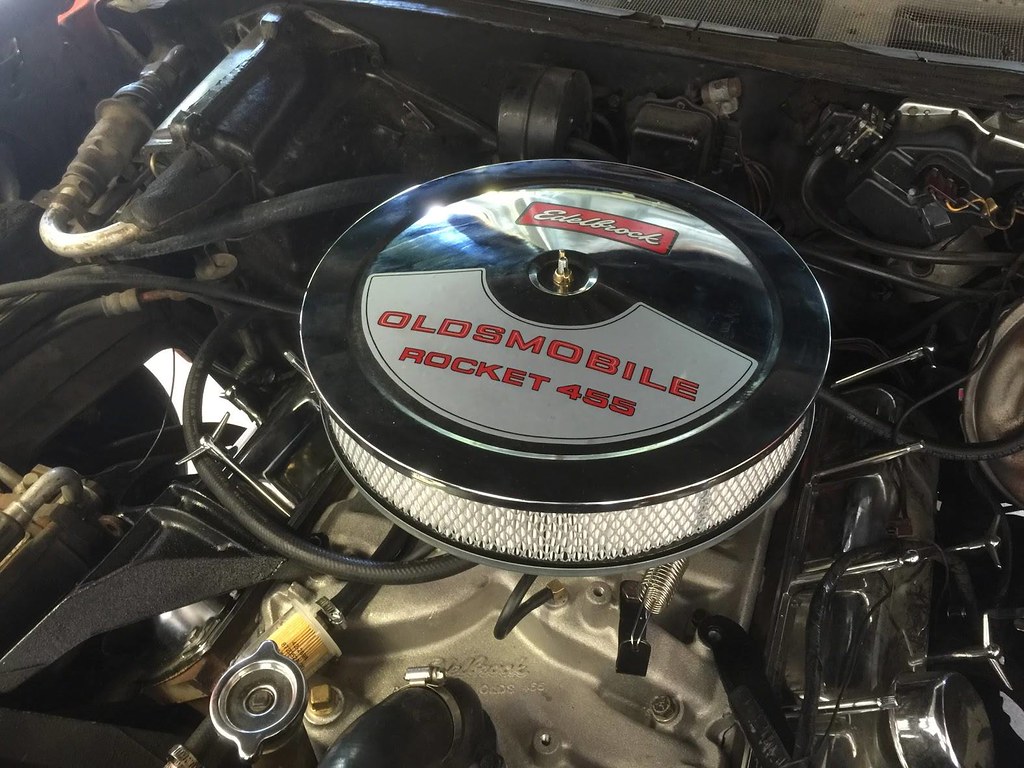 A few weeks back I finally stopped procrastinating and dealt with my 1971 Cutlass Supreme.

The car had been sitting idle for over a year in the garage. A dead battery and a few VERY low tires. I just kept putting it off over the summer as I was reluctant to dig in and try to get the beast running, not sure if there might be more problems or not.

When the weather turned cooler a few weeks ago I pulled the battery and got a new one. After installing it into the car and airing up the tires I tried starting the beast.

At first it did not seem that it was going to happen. The engine was turning over but not starting up. After a few pumps on the gas peddle I tried again and the engine roared to life.

I fully expected it to blow a cloud of black smoke and run rough but the car did neither. After a few revs of the engine it settled into it’s gentle 3/4 cam lope and I was able to back out of the garage.

The car had a pretty good sized layer of dust and some other artifacts from sitting up in the garage. I got the hose and some towels and set to clean things up.

Once the car was presentable again I took it for a spin and was quite pleased with how well it was running. The weather was very convertible friendly and the driving was most pleasant.

I took the car out again today. It’s amazing to drive around with the top down in the middle of November.

If the weather holds Cynthia and should be able to have our traditional Christmas eve drive down Westheimer from the Beltway to the Montrose with our Santa hats on. It’s quite a spectacle.