We had an extra day scheduled in Dunedin that included some time on our own in the morning and a tour of the Penguin Place Yellow-Eyed Penguin Preserve and a cruise in Dunedin Harbor in the afternoon.

The weather was not so great and we were not very enthusiastic about our prospects. And we are getting very tired. We decided to take the morning and just relax. We got a little bored and walked over to the Dunedin Botanical Gardens which were nice, but then it started raining so we went back to the hotel.

At about 1:00 pm we were scheduled to be picked up by the tour operator so we decided what the heck and bundled up and met the bus and went on the tour.

The first stop was the preserve where we learned about the plight of the Yellow-Eyed Penguin. Turns out there are only about 700 on the mainland so the one we saw yesterday was really a rare sight. 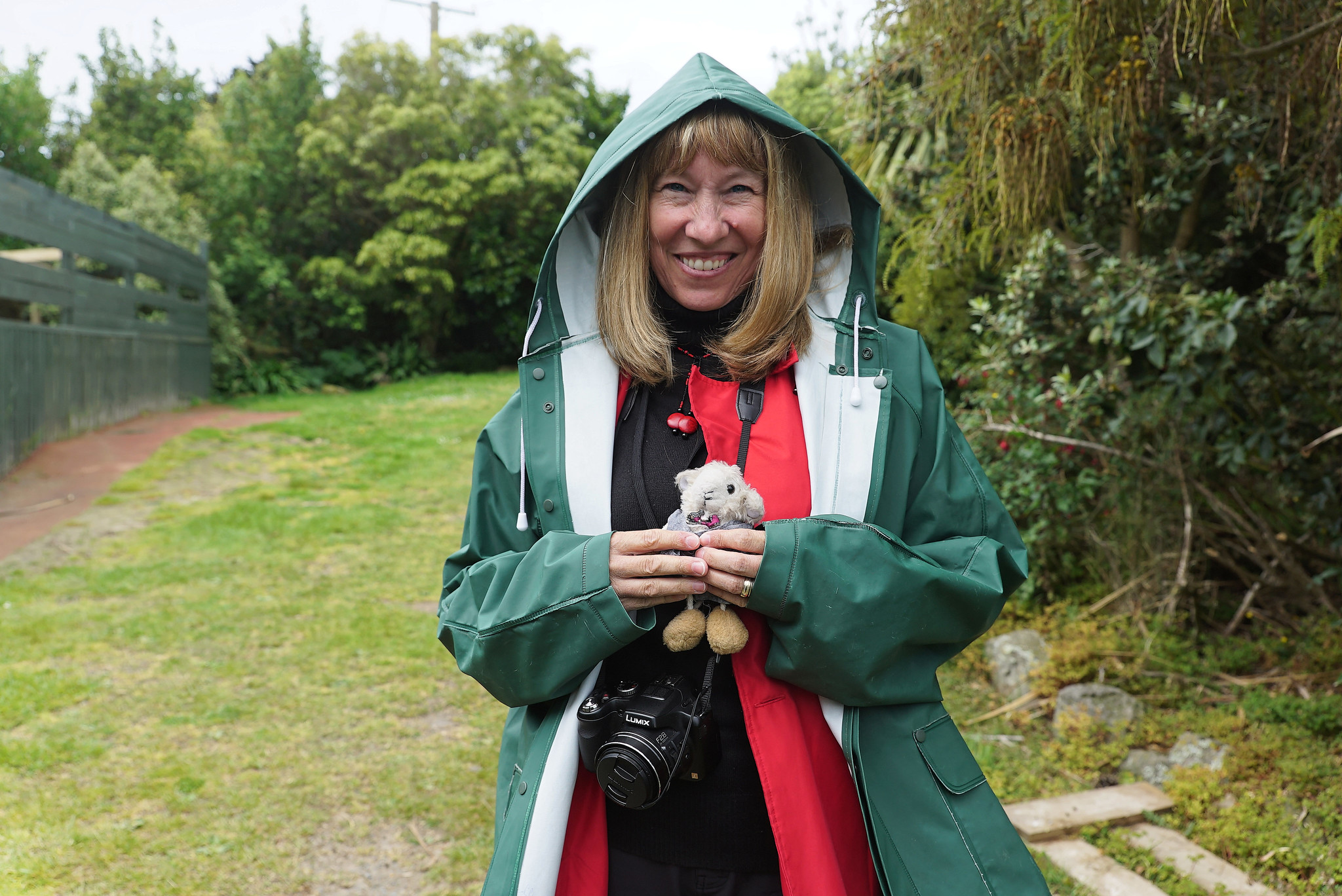 At the penguin preserve they give you warm rain coats for the rainy days. This made things much better.

After they give their presentation they take the group through a series of blinds where you can observe the penguins. 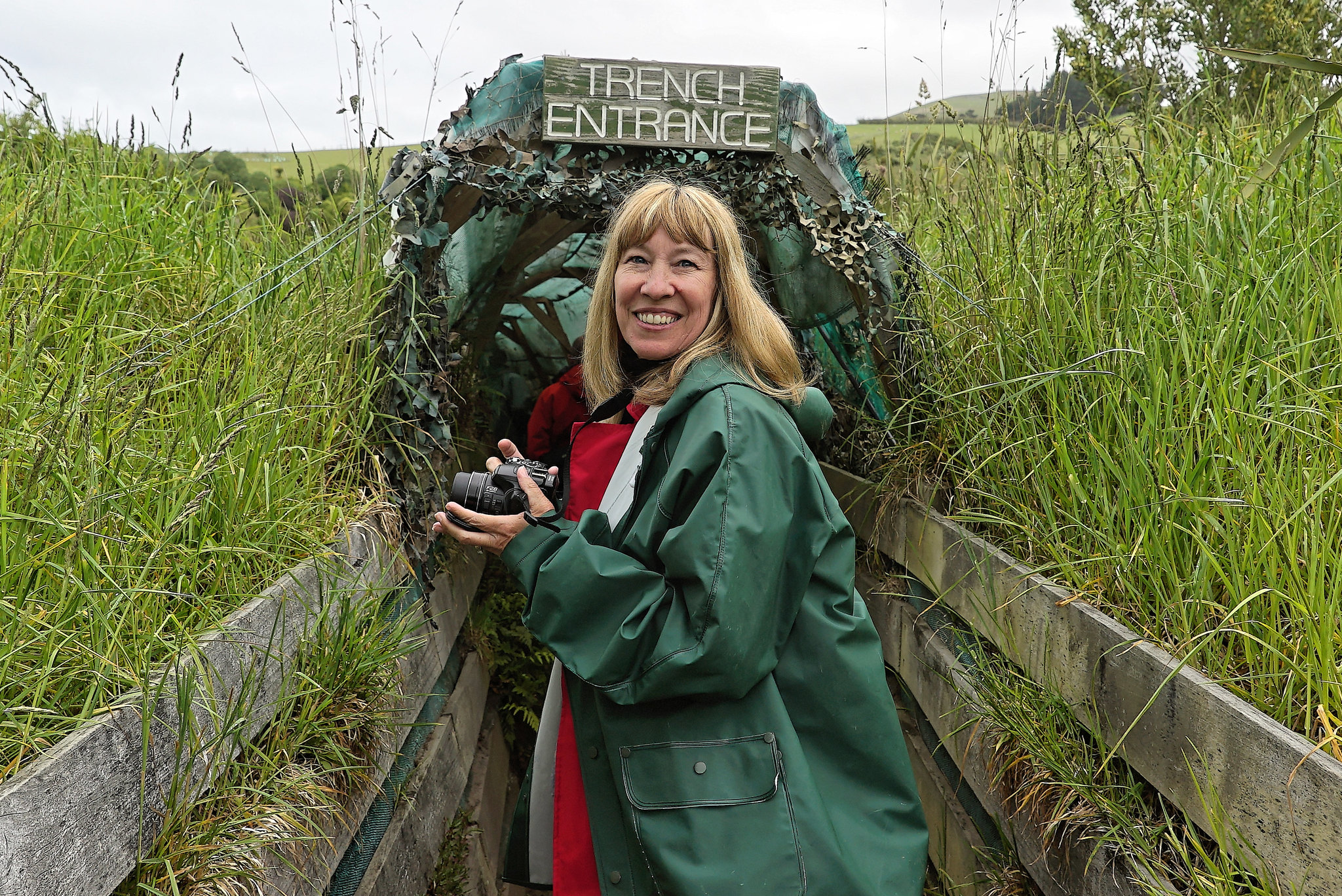 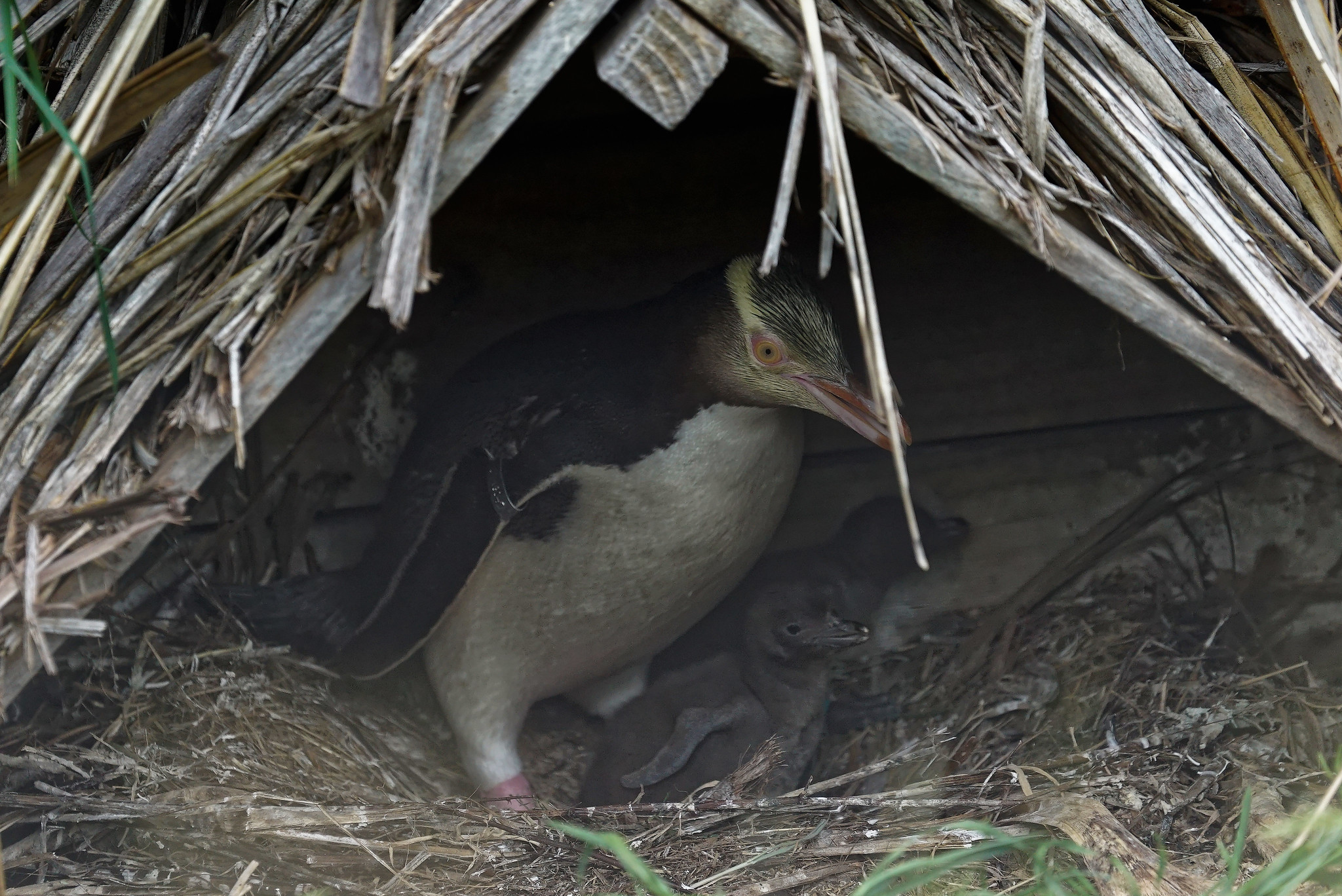 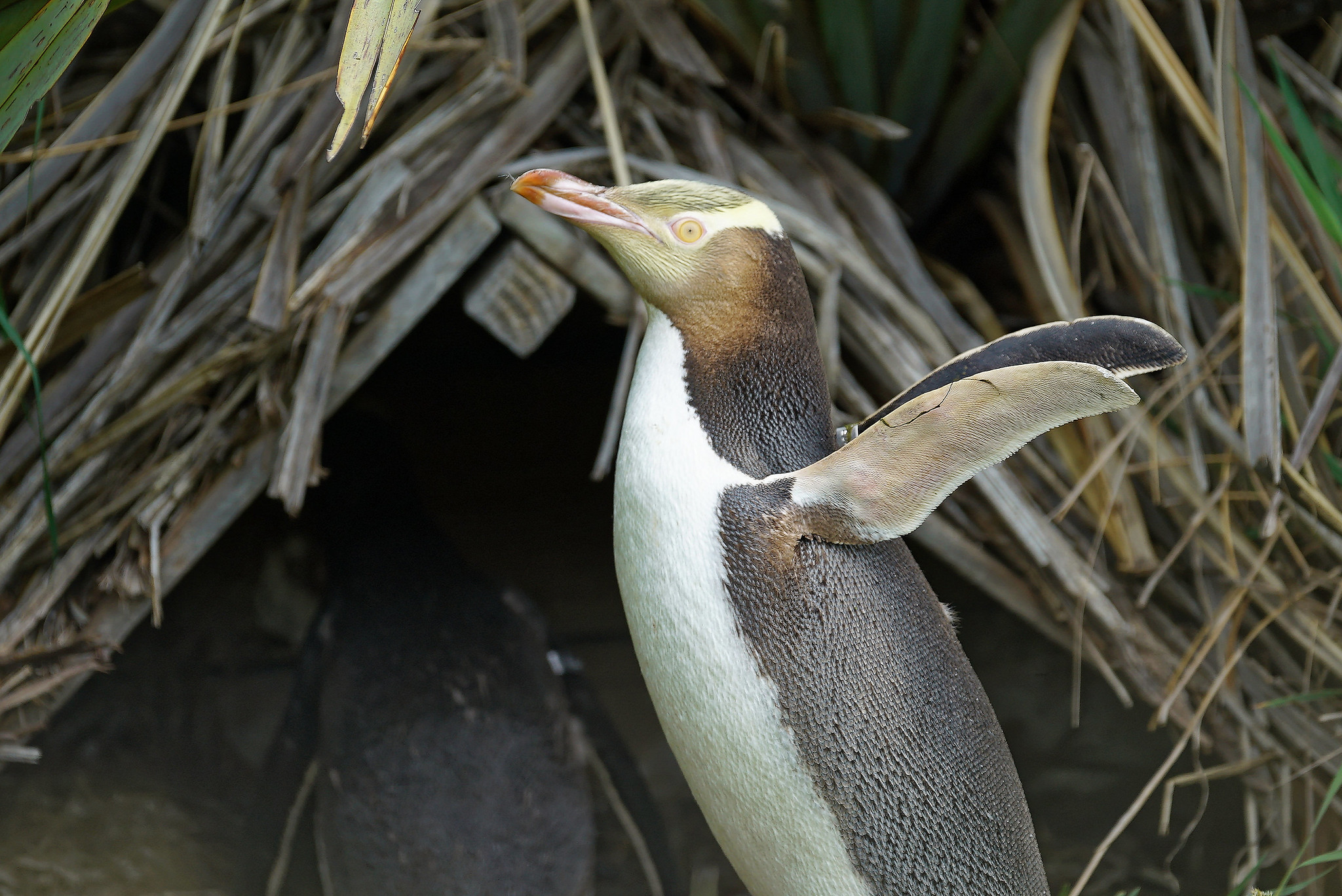 THe next part of the tour was a trip out on the harbor on a small boat. Again we were provided with warm jackets 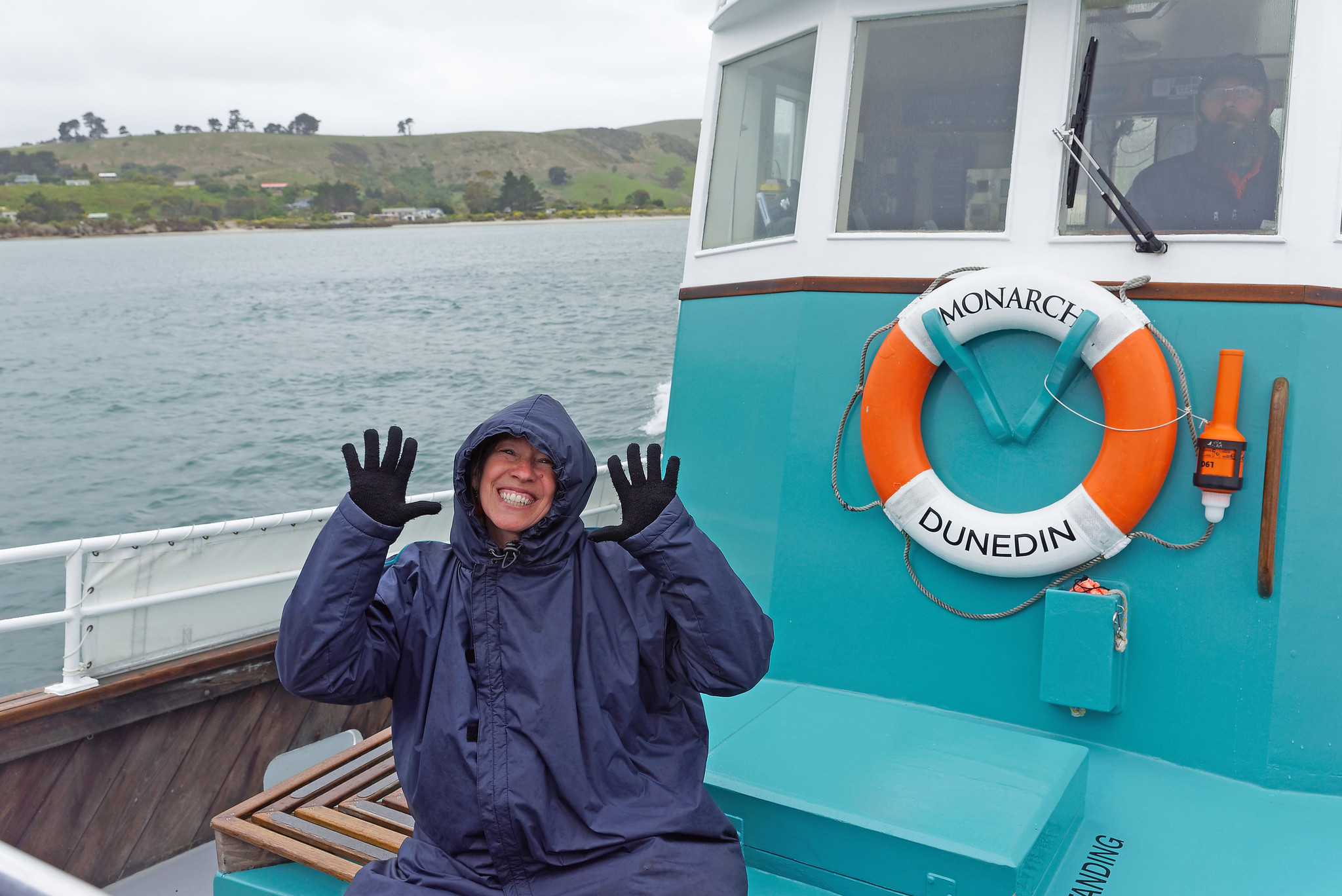 It was a little gloomy and wet, but we had a good time. We got to see some wildlife which was nice and Cynthia really enjoyed herself. 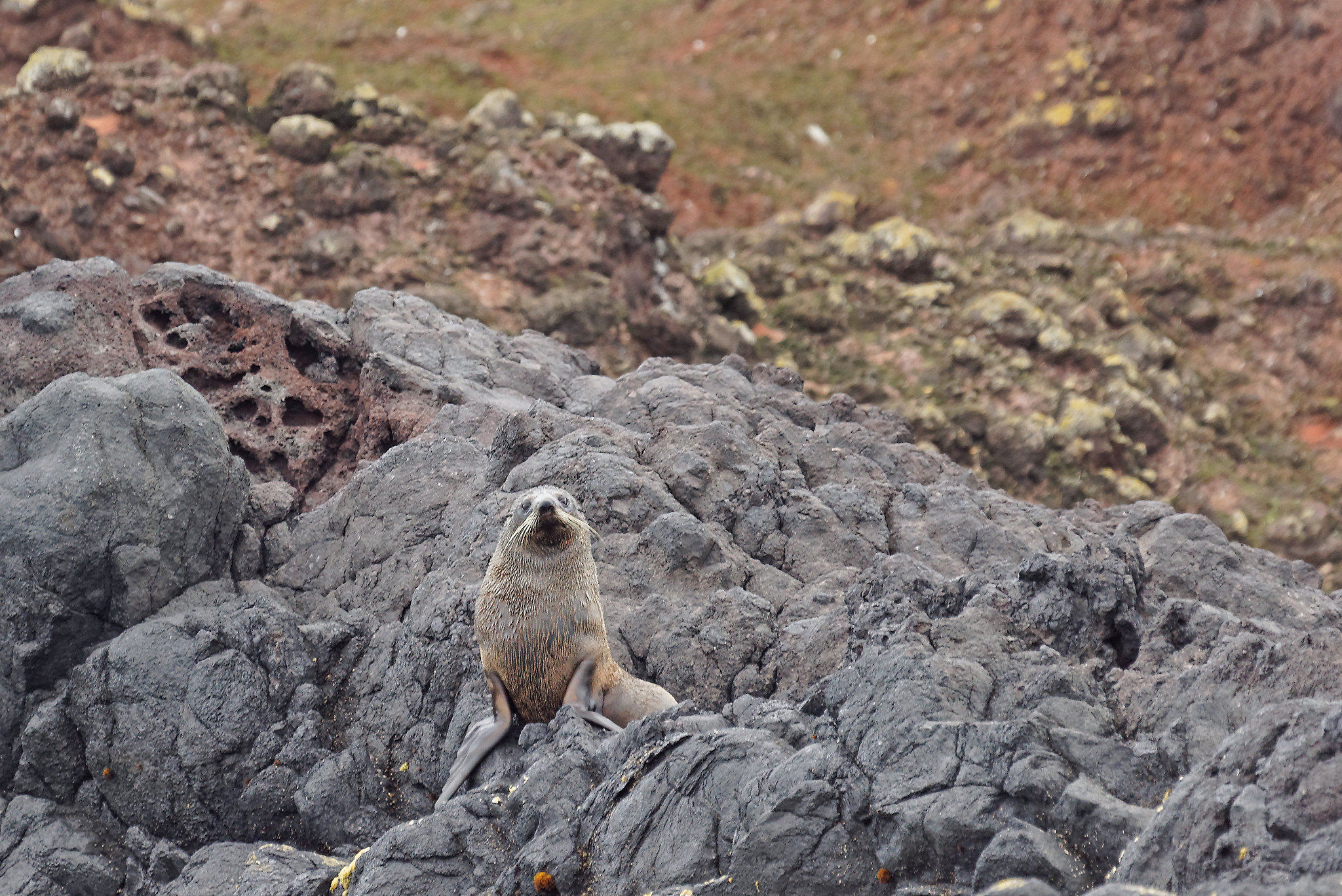 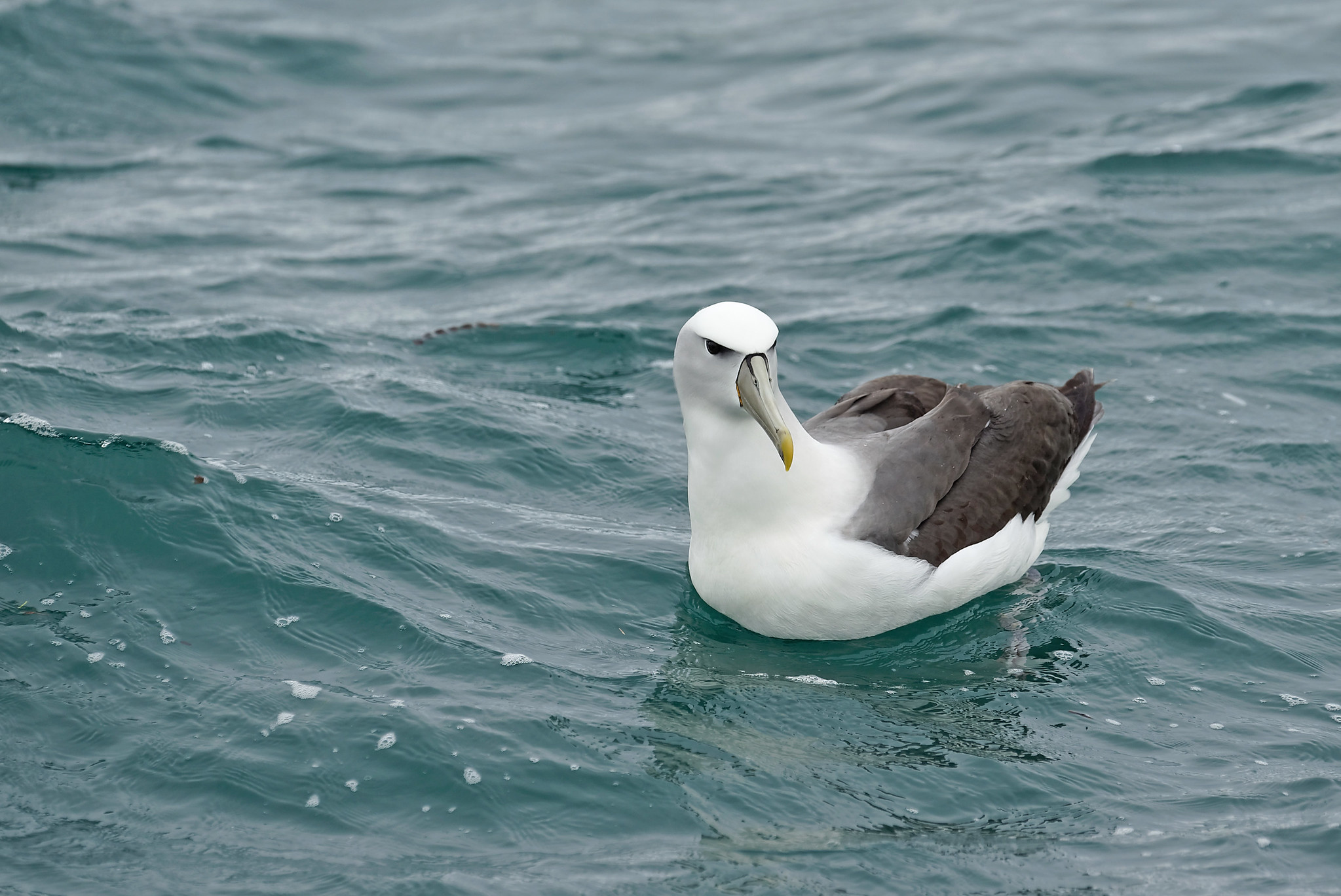 We got back to the hotel pretty late and had some dinner and went to bed.