We woke up to a glorious sunny day which was good, because our plan was to fly by helicopter to White Island, an active volcano off the coast of Rotorua.

We got up and had some breakfast and found our way to the lake shore and the offices of Volcanic Air Safaris, the company that we had bookd for our adventure.

Besides Cynthia and myself, there were two other people who had booked the tour so that meant a small group headed to the island. And, as luck would have it, they were also photographers so they would not be impatient while I took my time photographing the island. 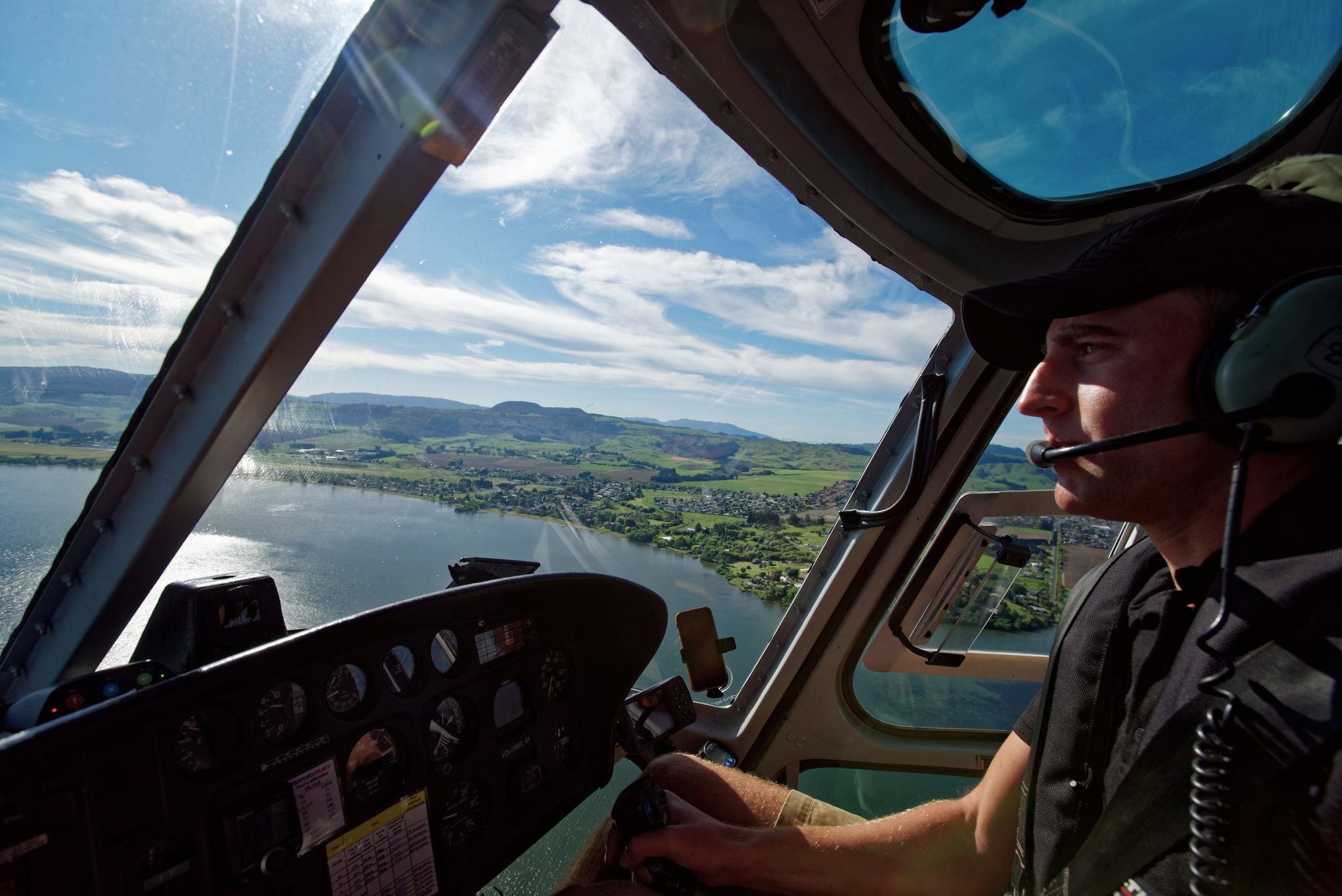 We took off a little before 9:00a am for our 35 minute flight to White Island and the view was simply spectacular. 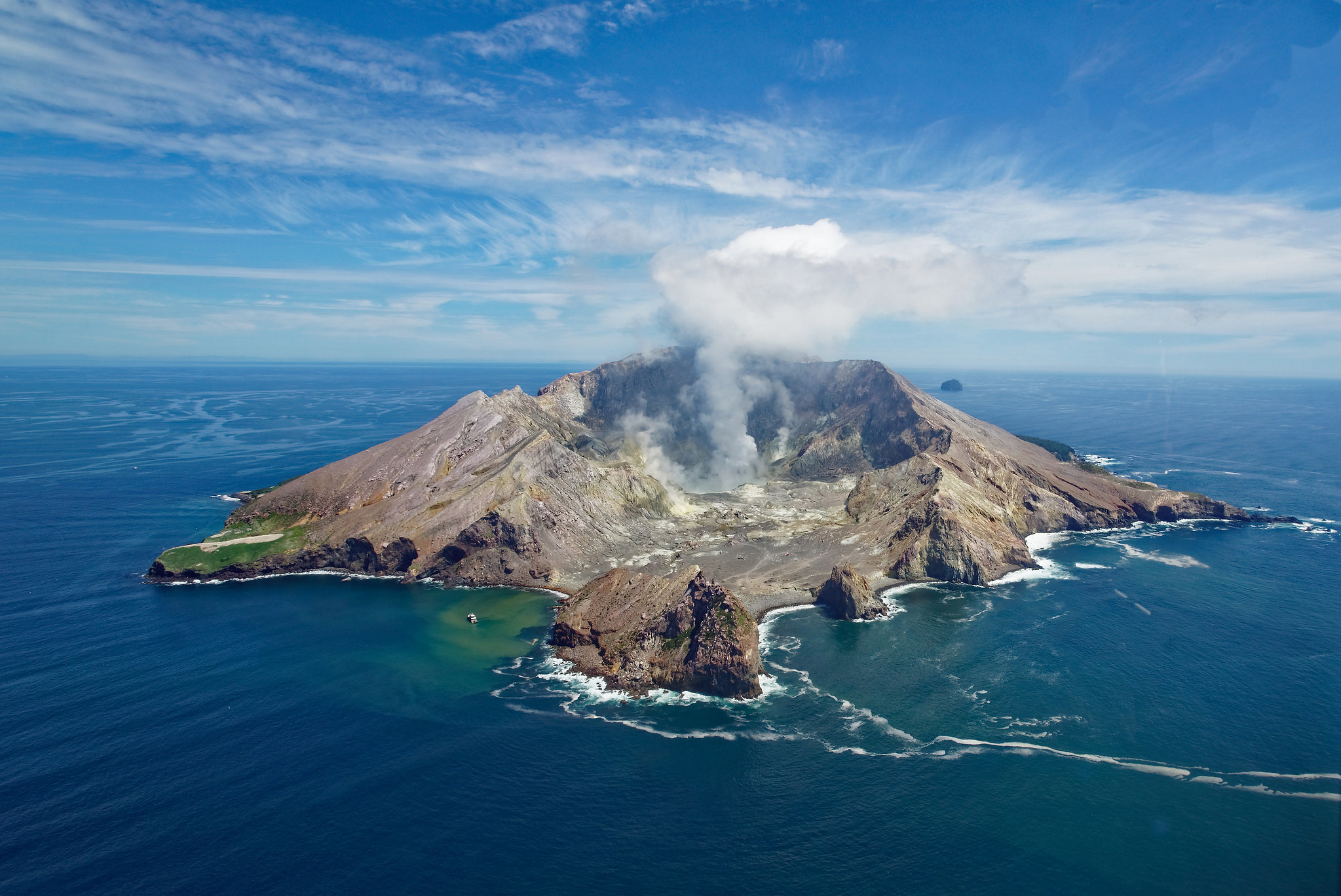 We circled the island and then landed in an open area, not far from the crater lake 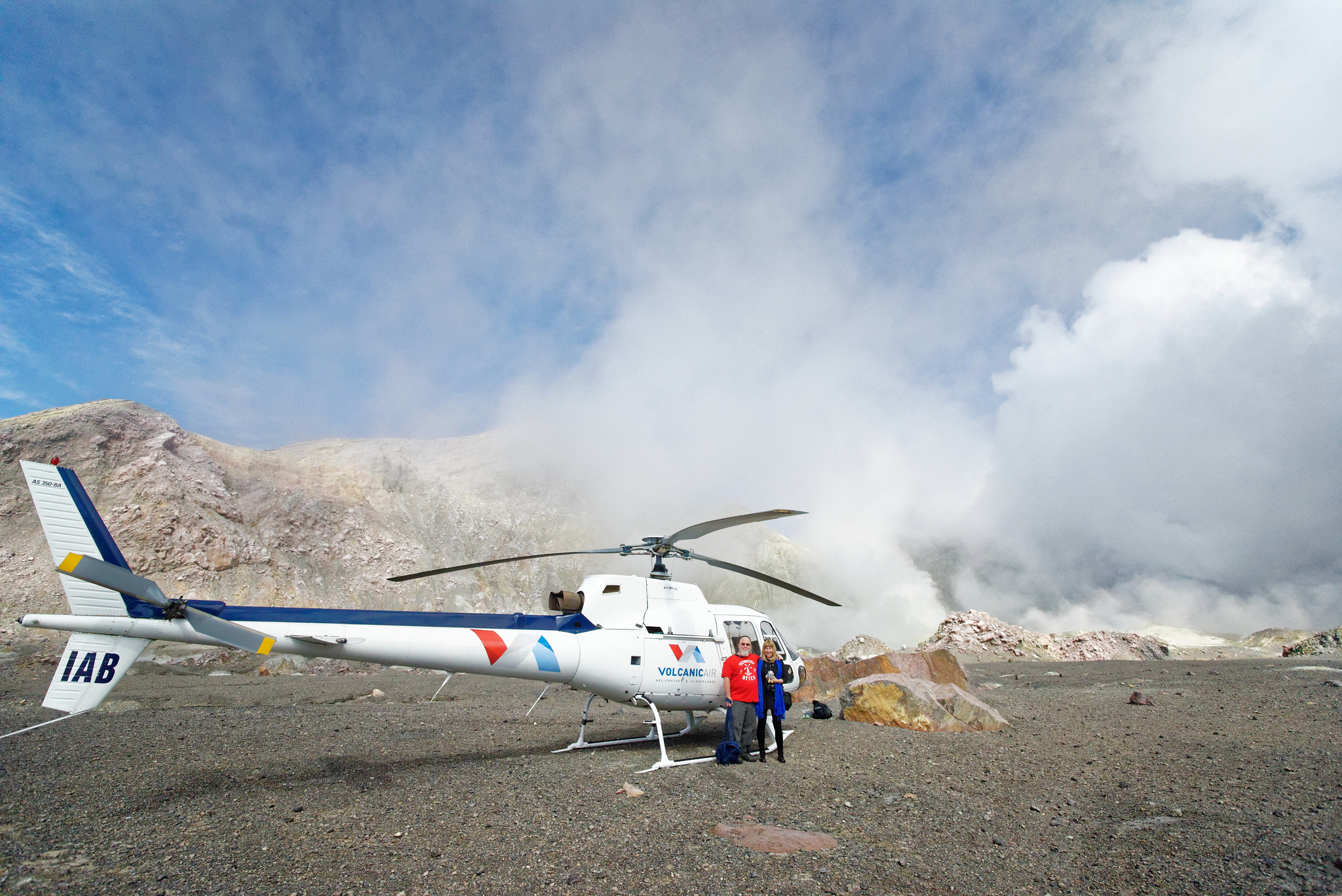 We spent the next hour and half hiking around while our guide told us the history of the island. 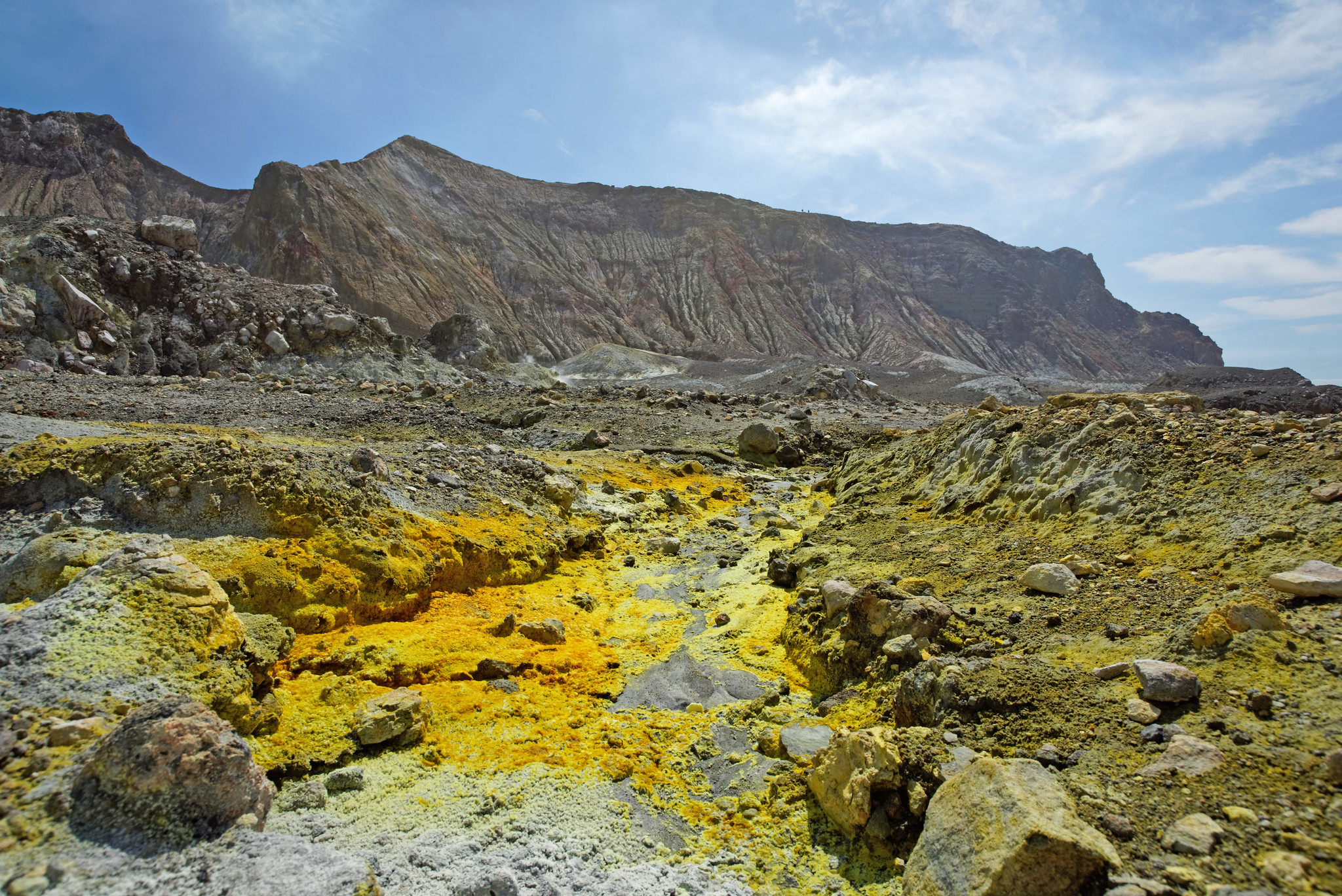 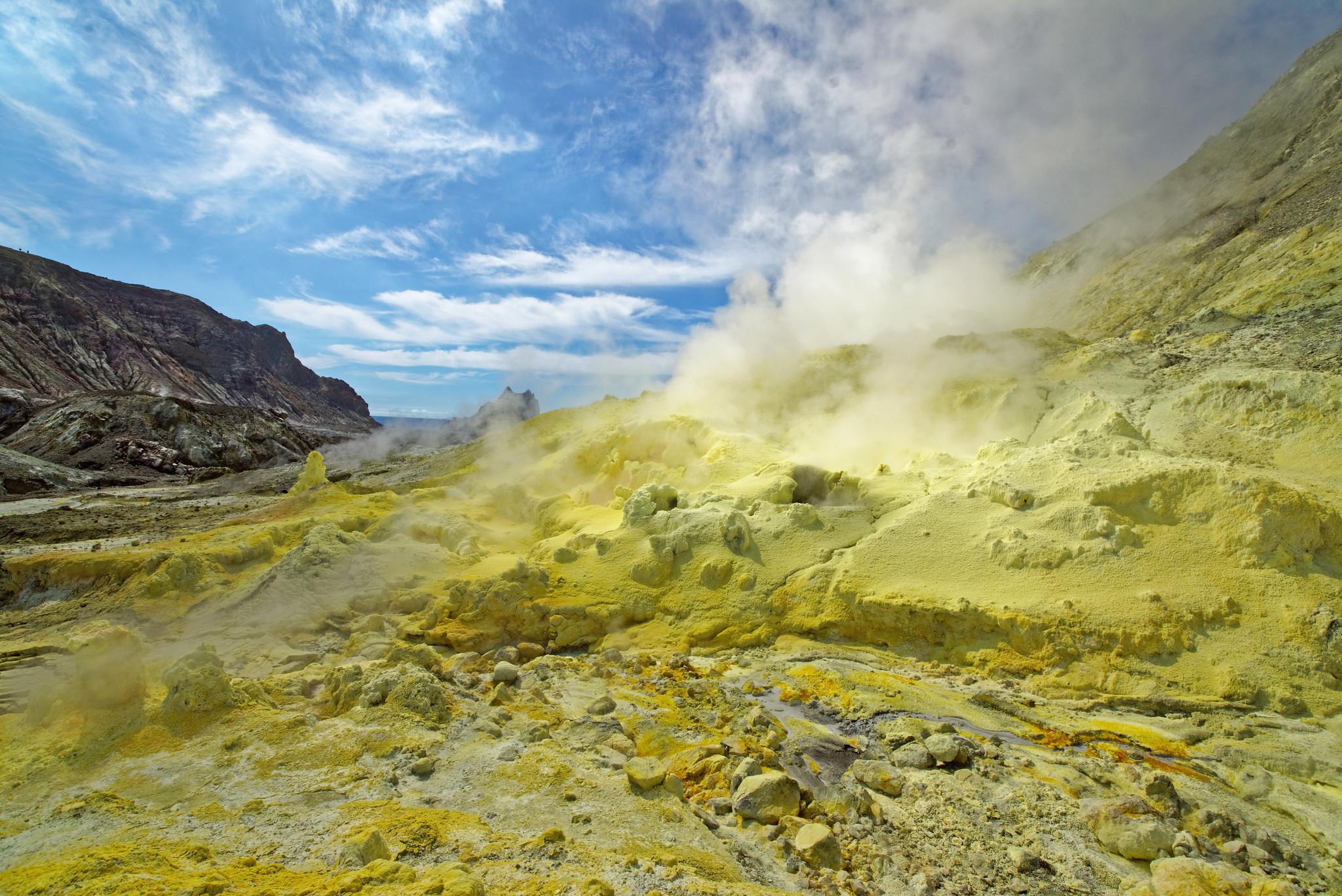 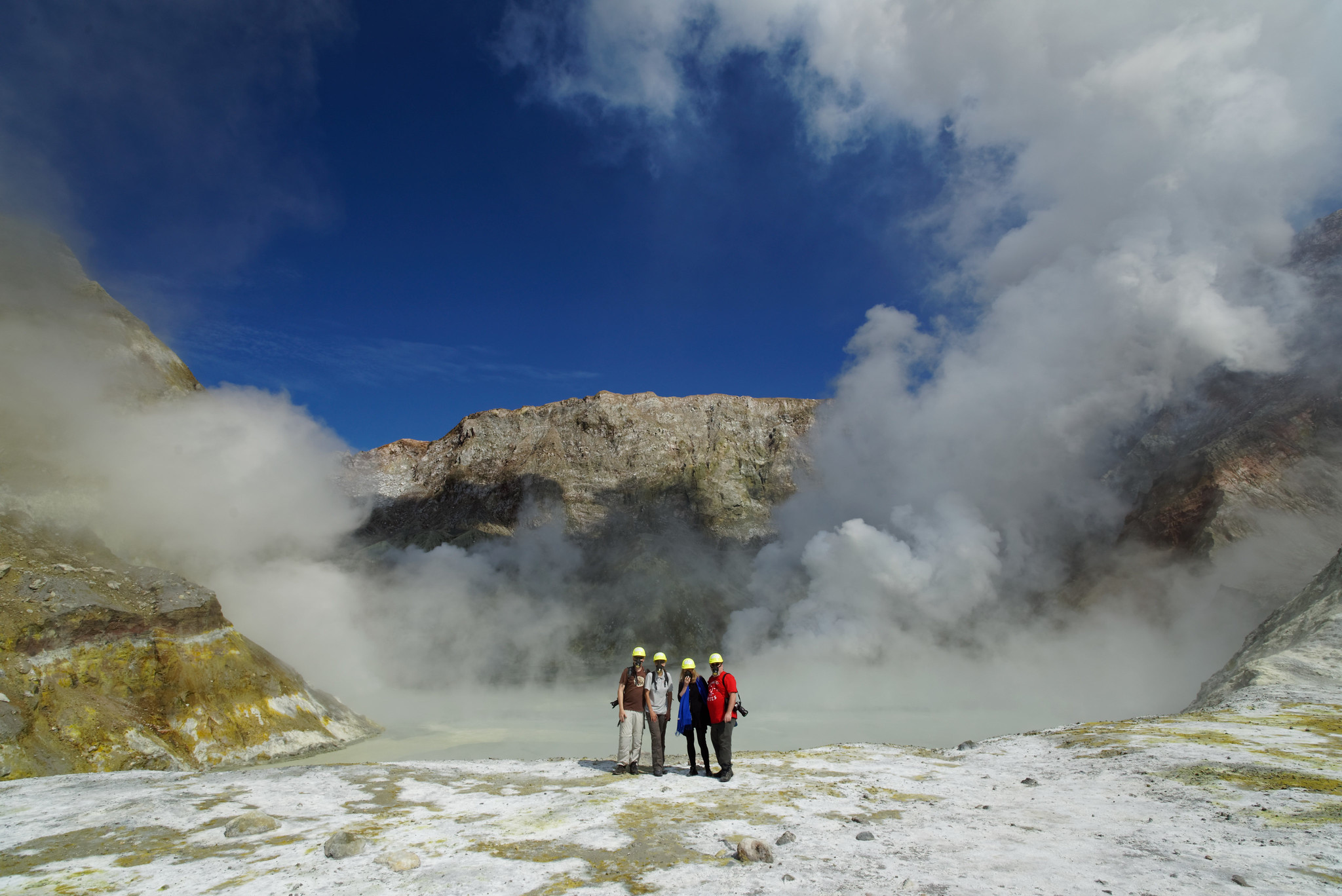 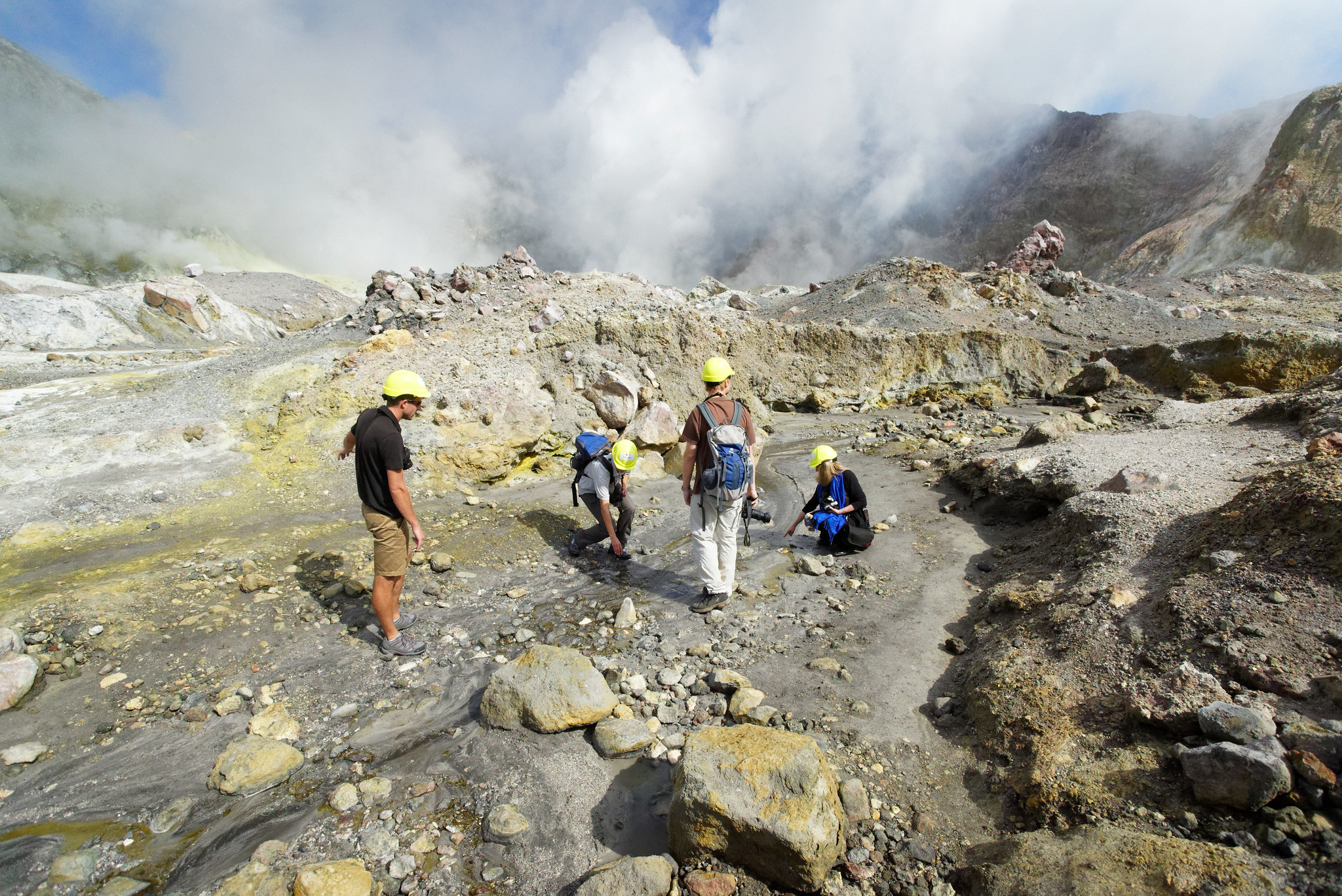 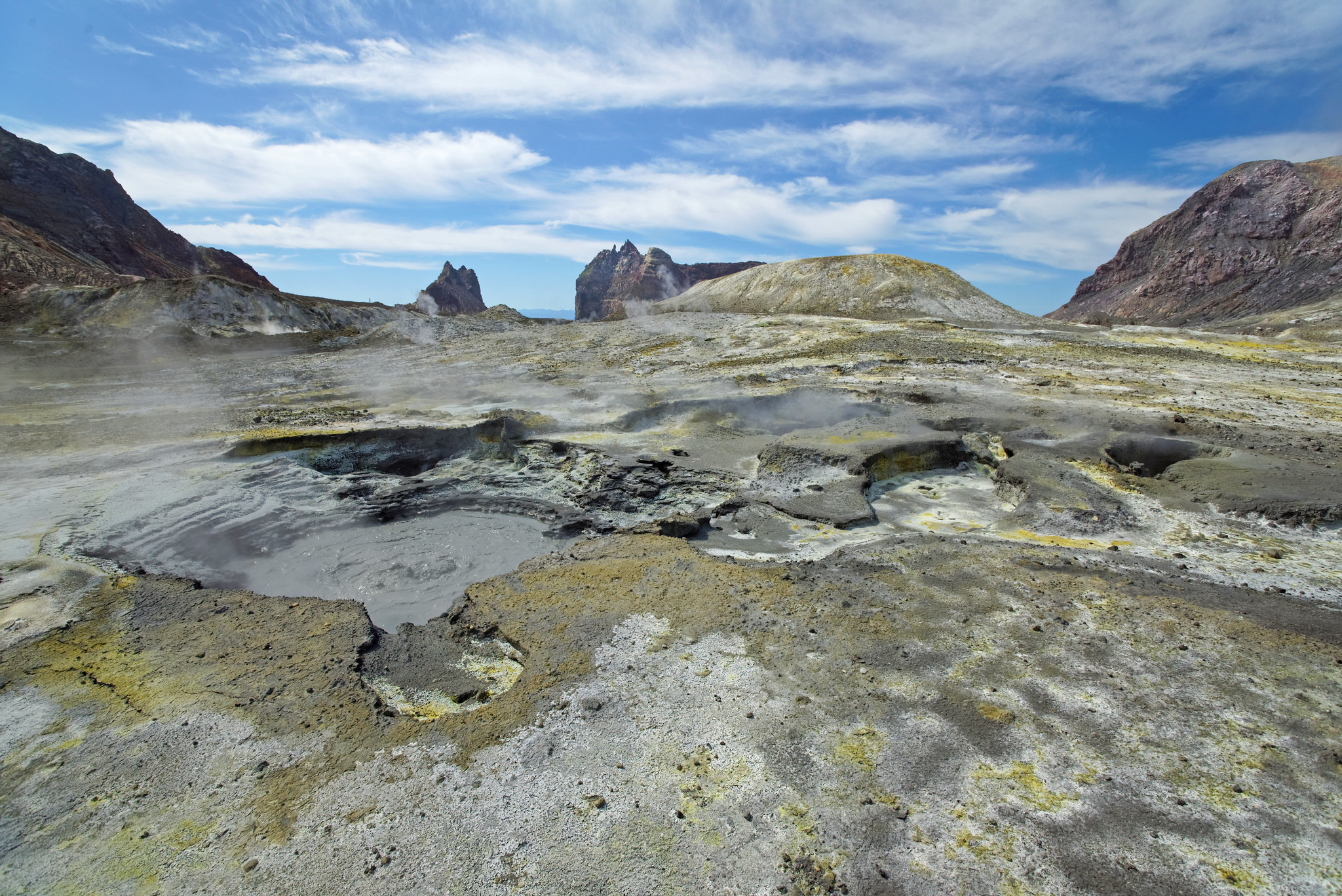 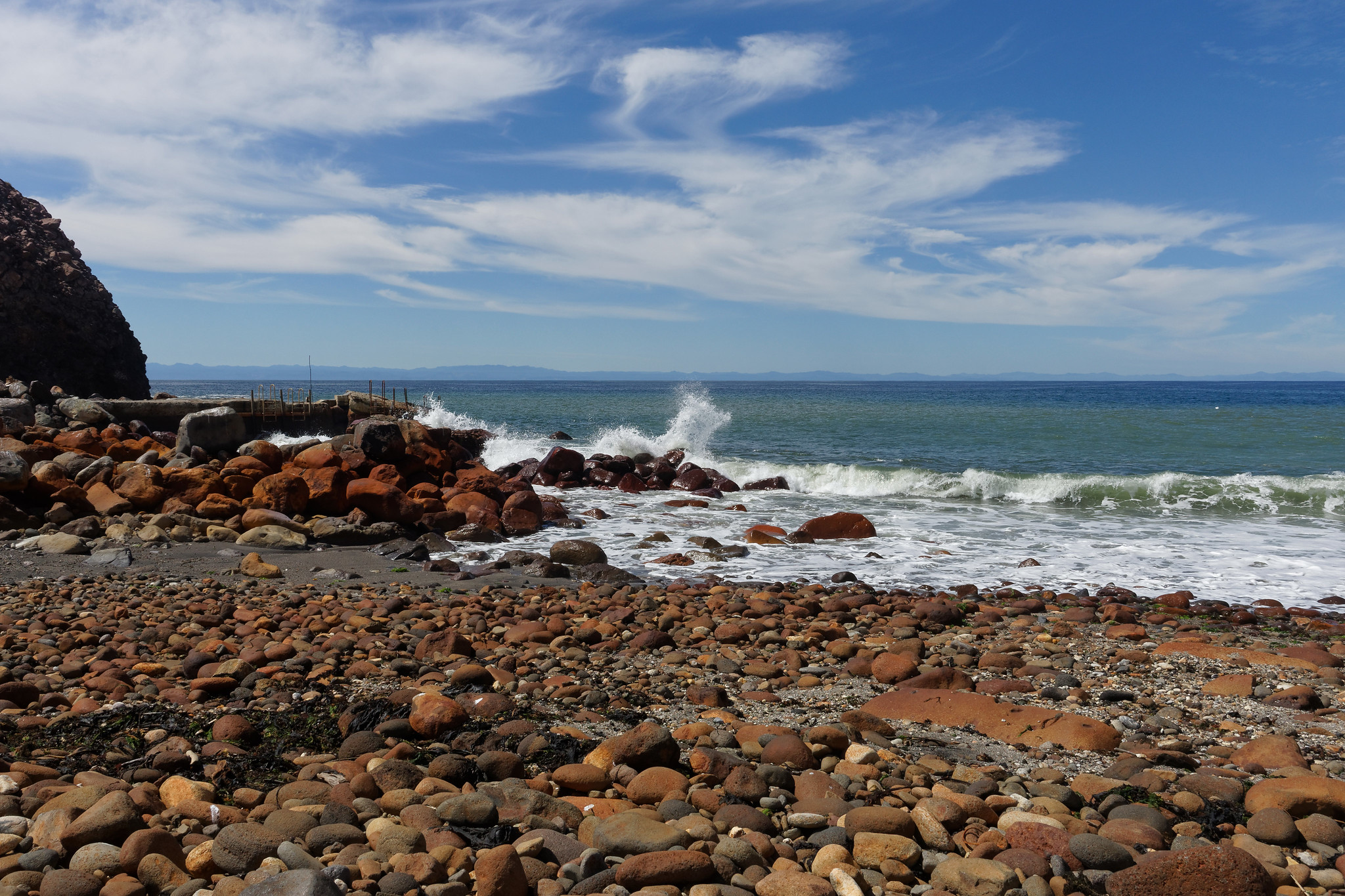 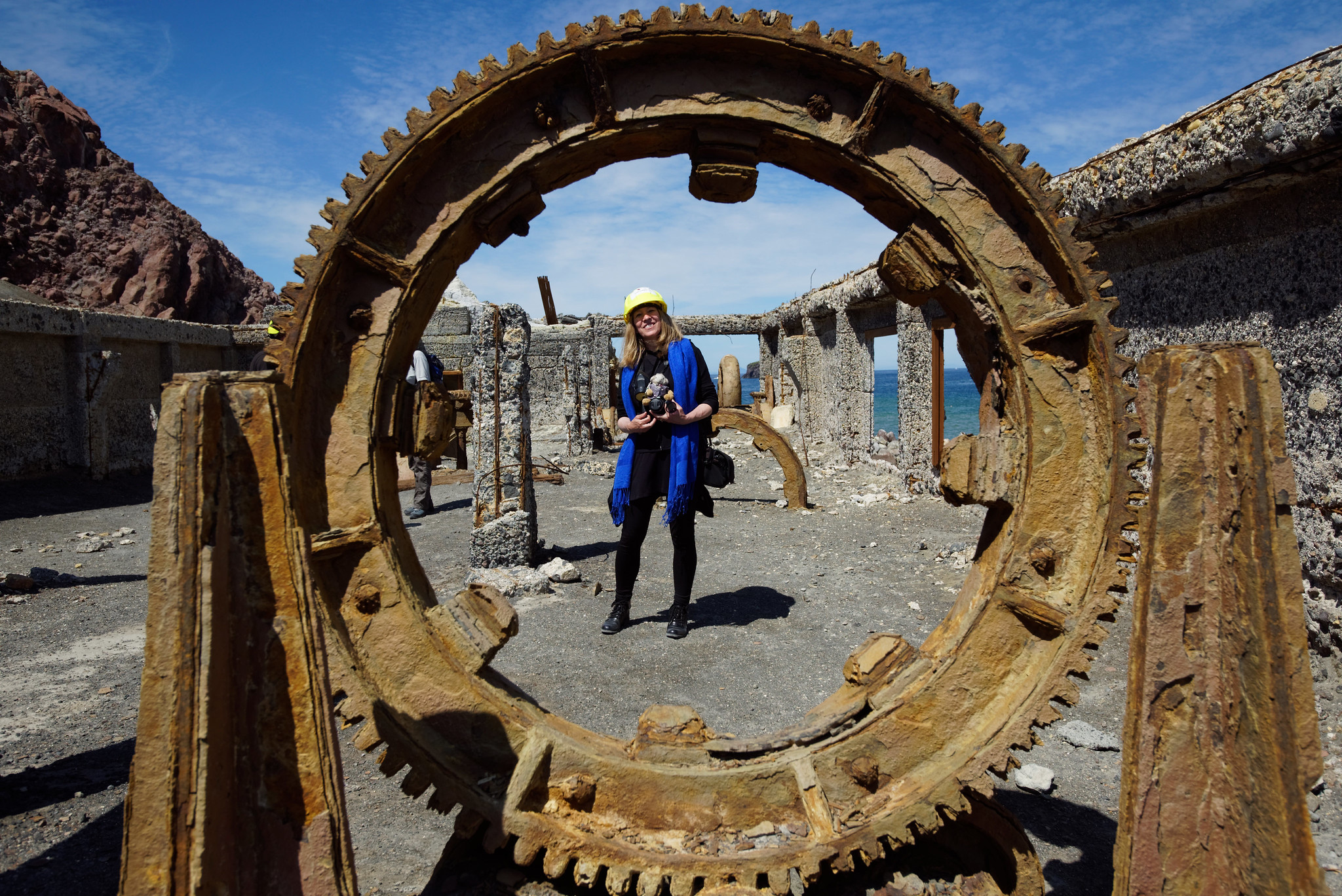 Cynthia was very pleased with herself for overcoming her fears of flying in a helicopter and of walking on an active volcano. Truth be told, we both agree that this was the most amazing thing we’ve done on any of our travels.

When we returned to the city we went back to the hotel and quickly went back out to visit the Wai-O-Tapu Thermal Wonderland. Mostly I wanted to see the Champagne Pool…the rest I was not so enthusiastic about which was a good thing, too, because we were fairly tired after the previous adventure.

The Champagne Pool, named for the tiny bubbles the fizzle and pop on the surface, did not disappoint. 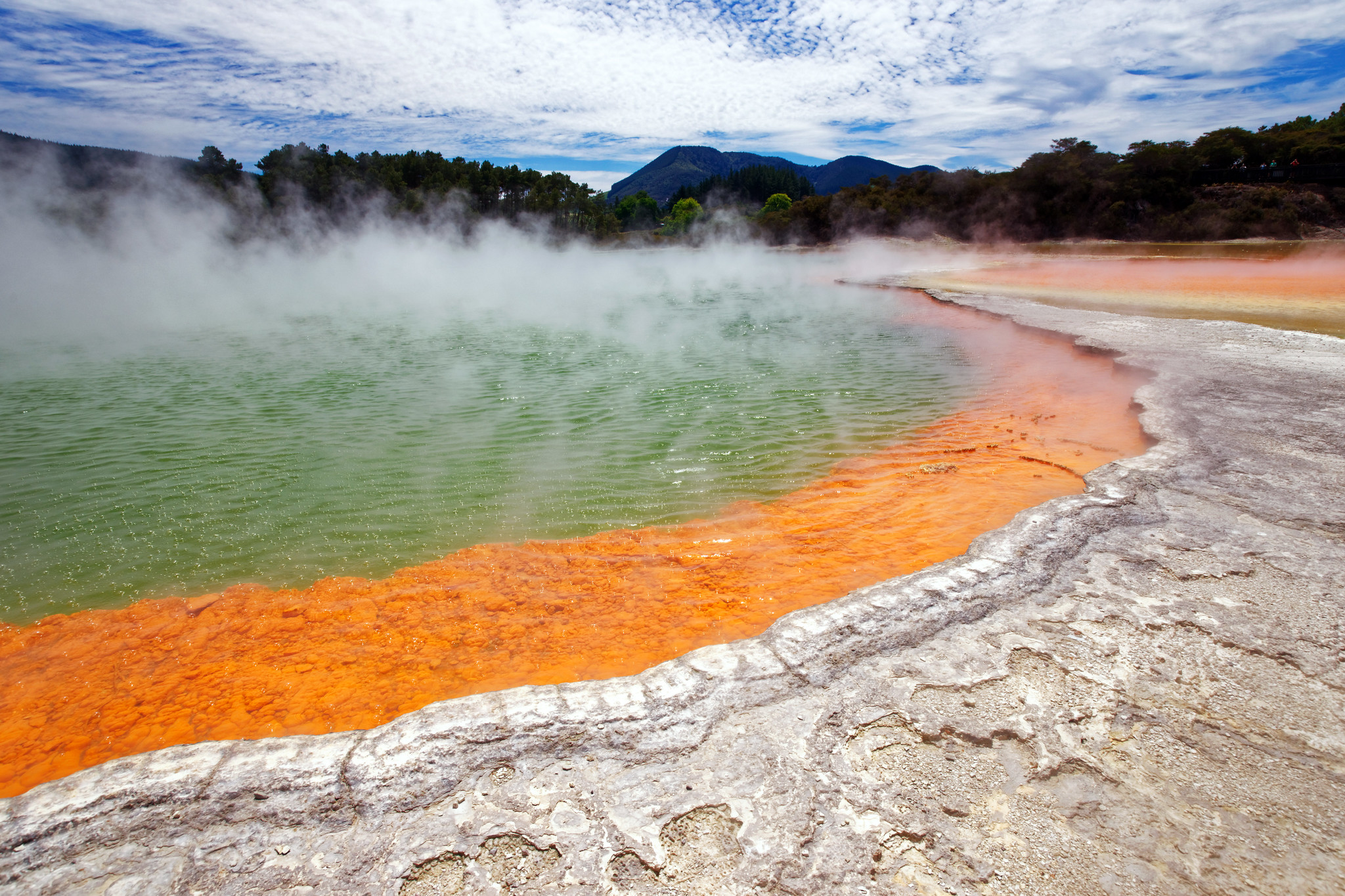 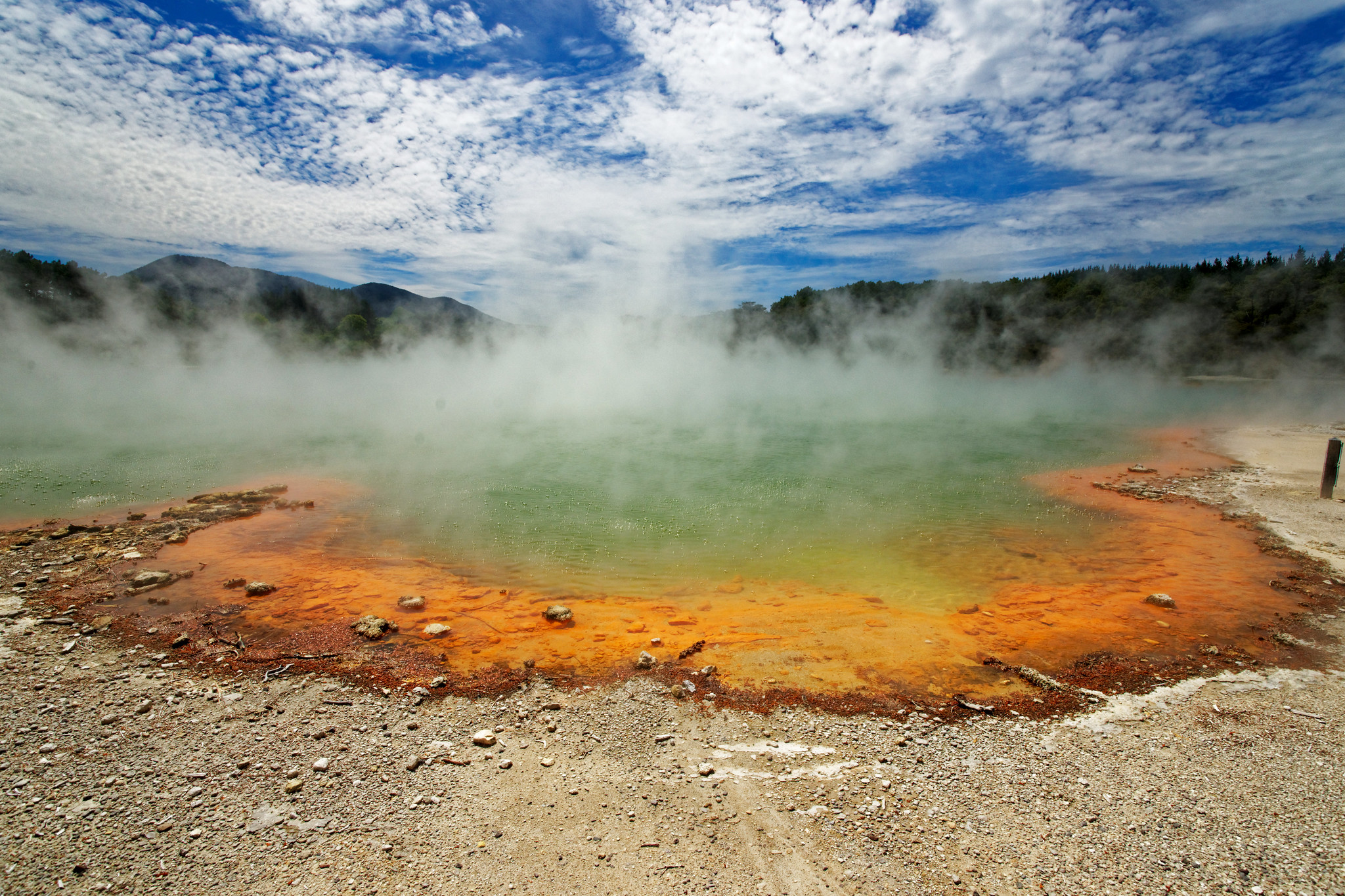