We woke up around 4 am due to the jet lag. Hopefully by tomorrow we will have our sleep cycles under control.

On this day we were scheduled to spend it in Auckland City. Frankly, Auckland is not all that exciting. It’s much like any other big city and we’ve seen plenty of big cities. As we pondered our options Cynthia found a brochure in our literature that talked about Waiheke Island which is only a 40 minute ferry ride from the harbor here in Auckland. We thought we would give it a go and off we went. Buying tickets for the ferry we spotted (and Cynthia photographed) this sign. They are very protective of the island and don’t want any pests carried over. Cynthia pointed out that if she had any skinks hidden in her bag they came from New Zealand and not from home.

We boarded the ferry, skink free, and before we knew it, we were at Waiheke.

The sky was overcast but we didn’t let that stop us from renting a car and heading off to explore.

Right off the bat, we were overjoyed with our decision. The island is relatively small and filled with twisty, turny roads. Each turn brought us to something amazing. Beaches, hidden coves, hills and valleys… 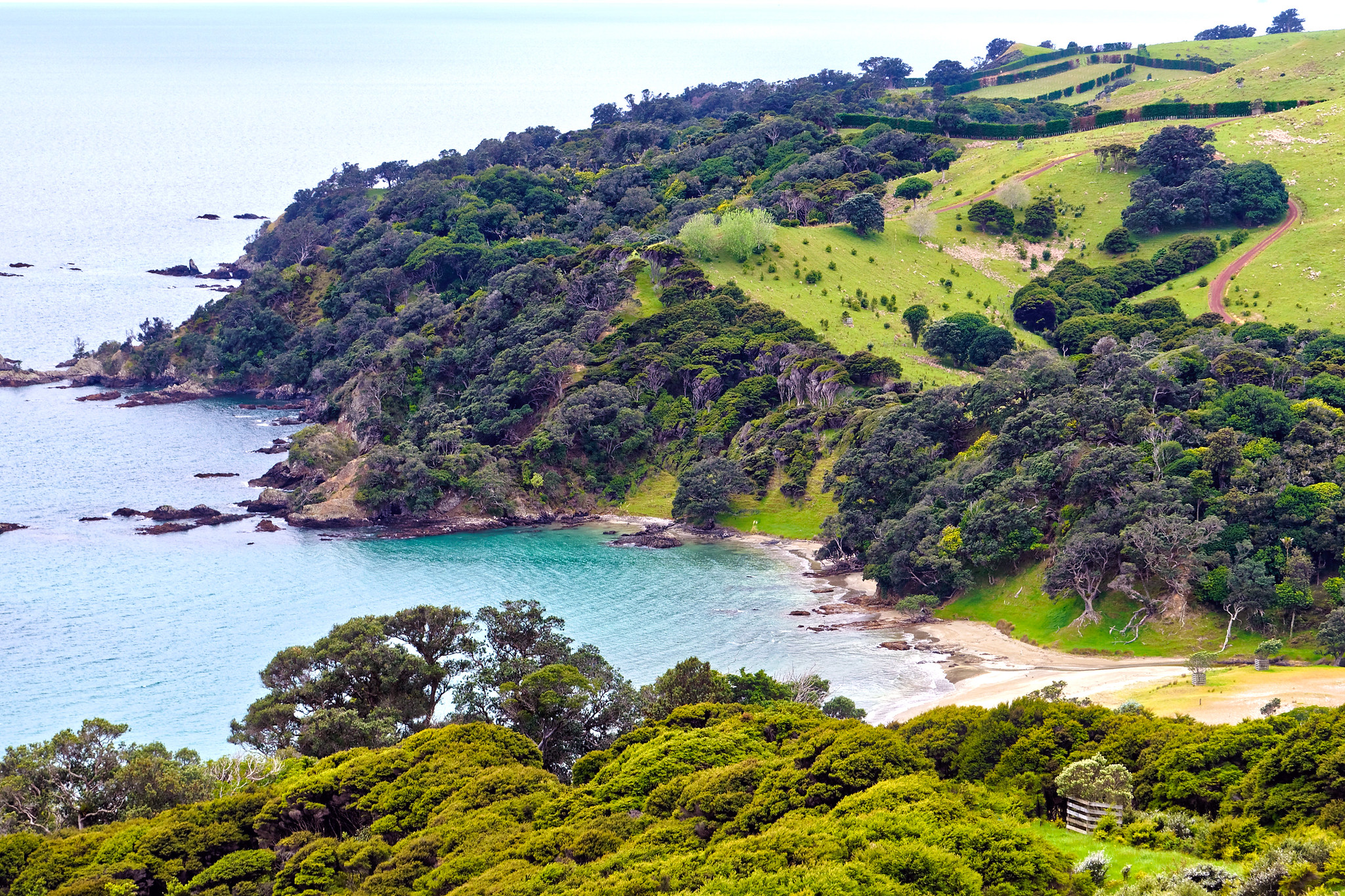 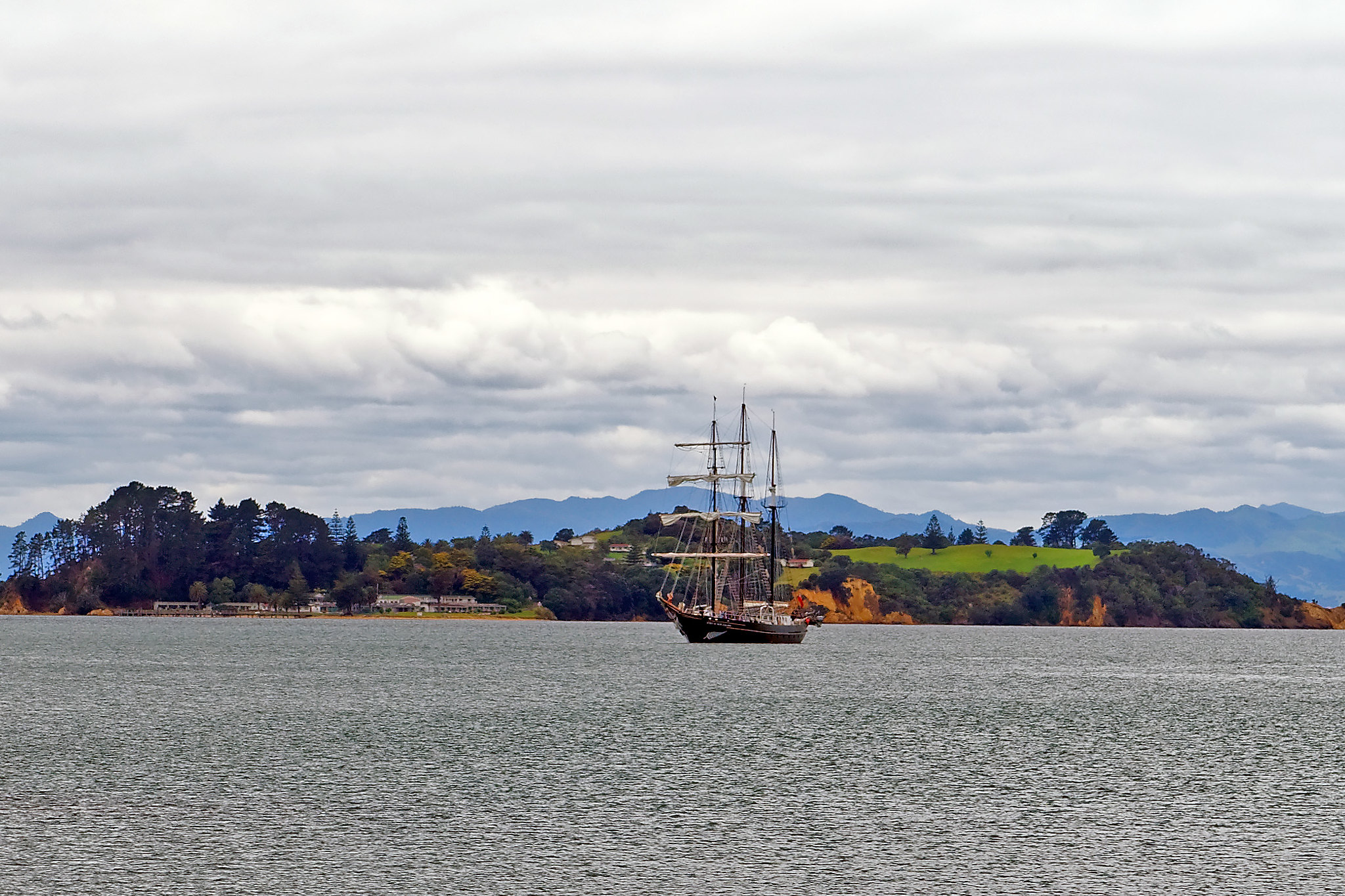 Cynthia was happy to see her first sheep of the journey and she captured this wonderful image of two lambs. We had a great time exploring the island. Though small, it was sometimes confusing and we did get a little lost… But we didn’t mind because we knew it was a small island and we’d eventually get back on track.

We wrapped up the journey at a lovely little restaurant with a deck that looked out over one of the many bays on the island. And toward the end the sun even peeked out and gave us a glimpse of the the true beauty of the island 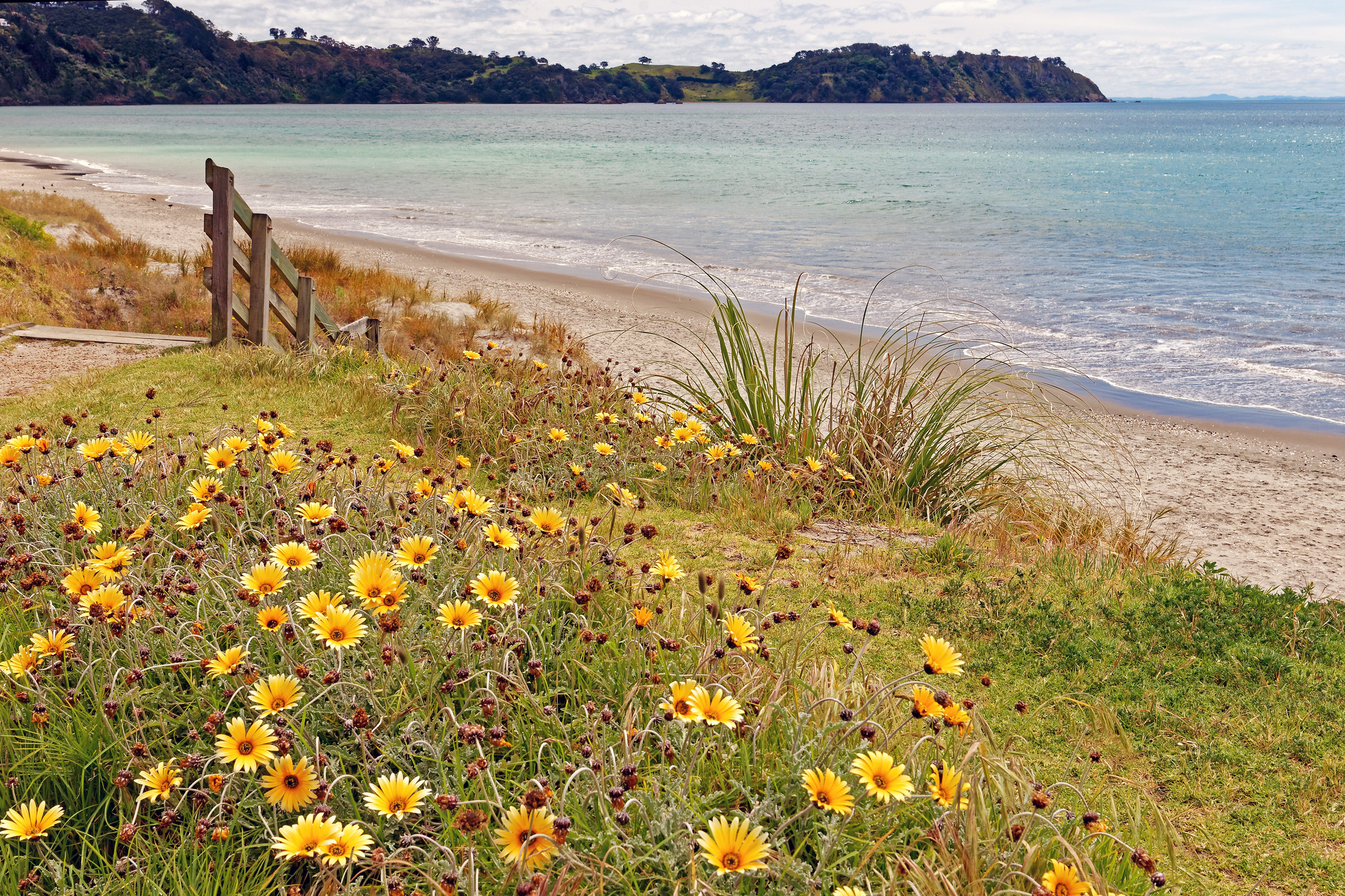 The restaurant also featured some rather fearless seagulls which swarmed the table as soon as we got up to leave and devoured all of our scraps. 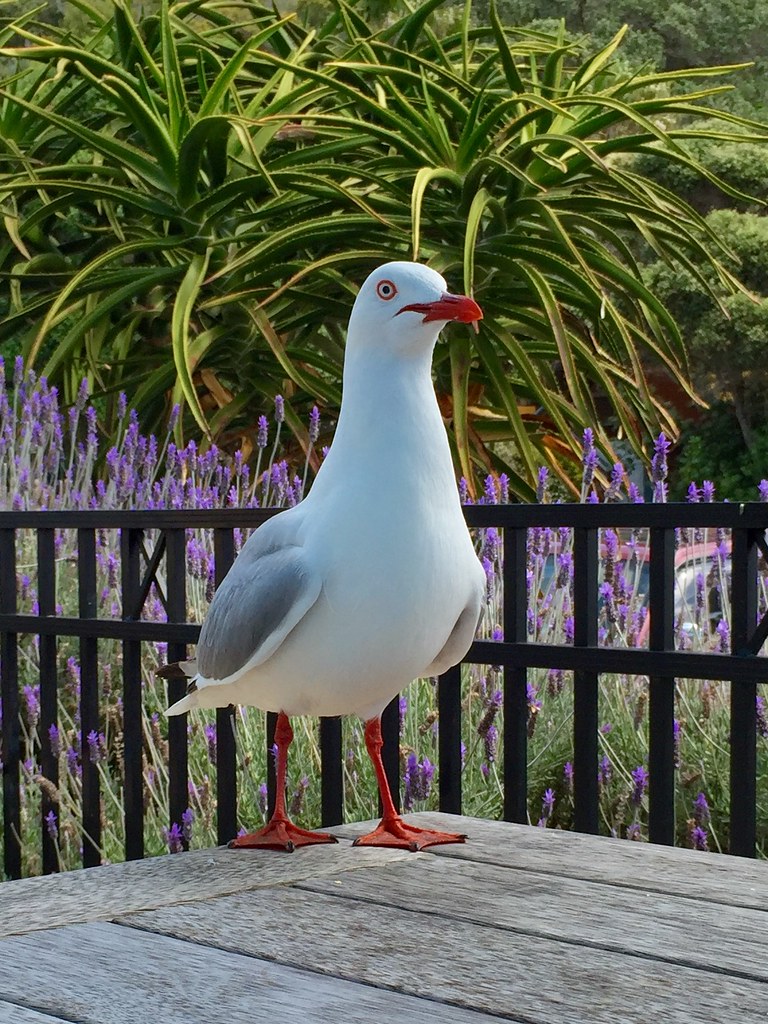 While waiting on the ferry to go back to the mainland I did manage to drop and smash my iPhone. Fortunately there was a repair shop near the hotel and I was back up and running in less than an hour after returning back to base.

We took some time and got some rest before heading out to dinner and going to the top of the Sky Tower which towers some 1076 feet over the city and offers some amazing views of Auckland. 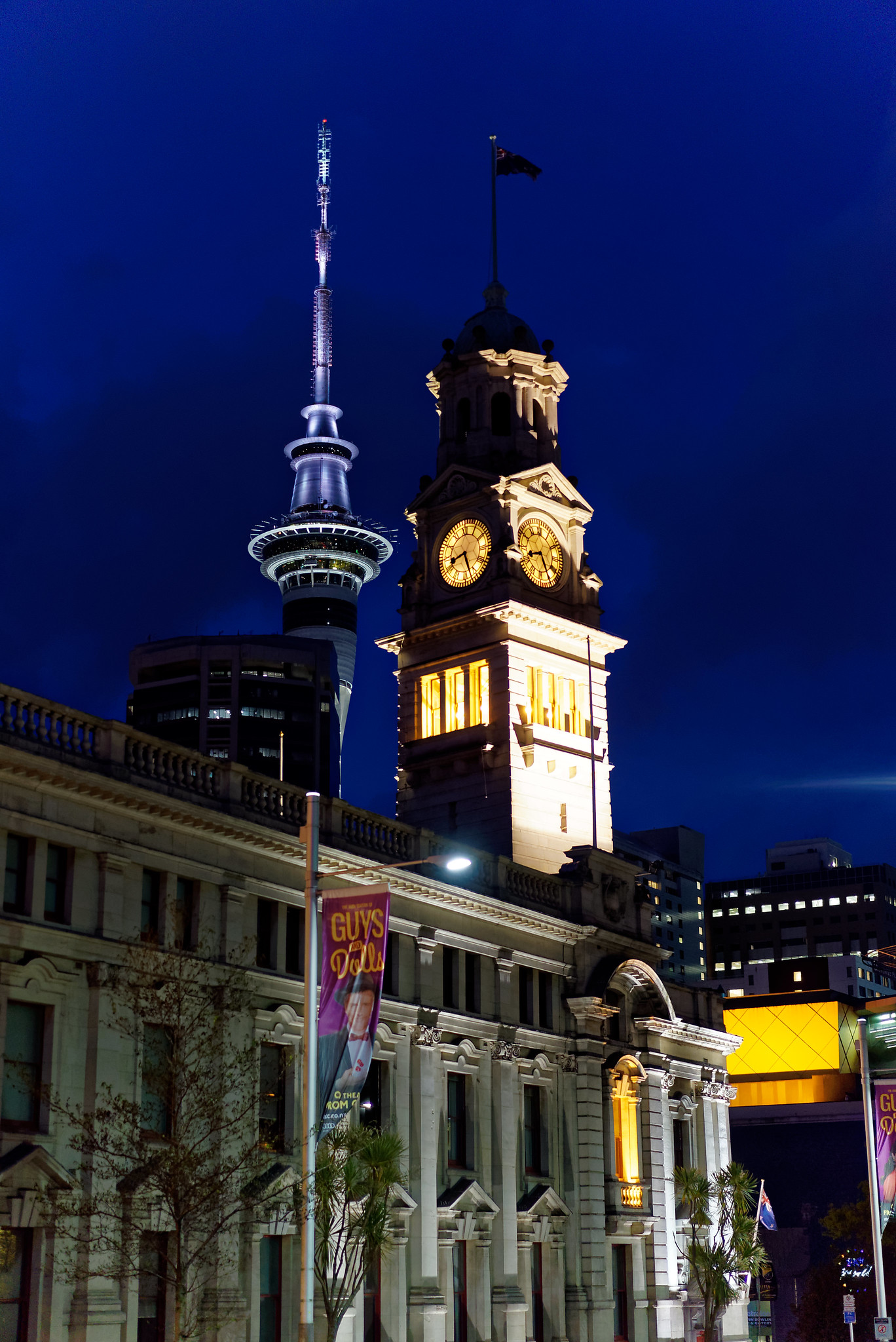 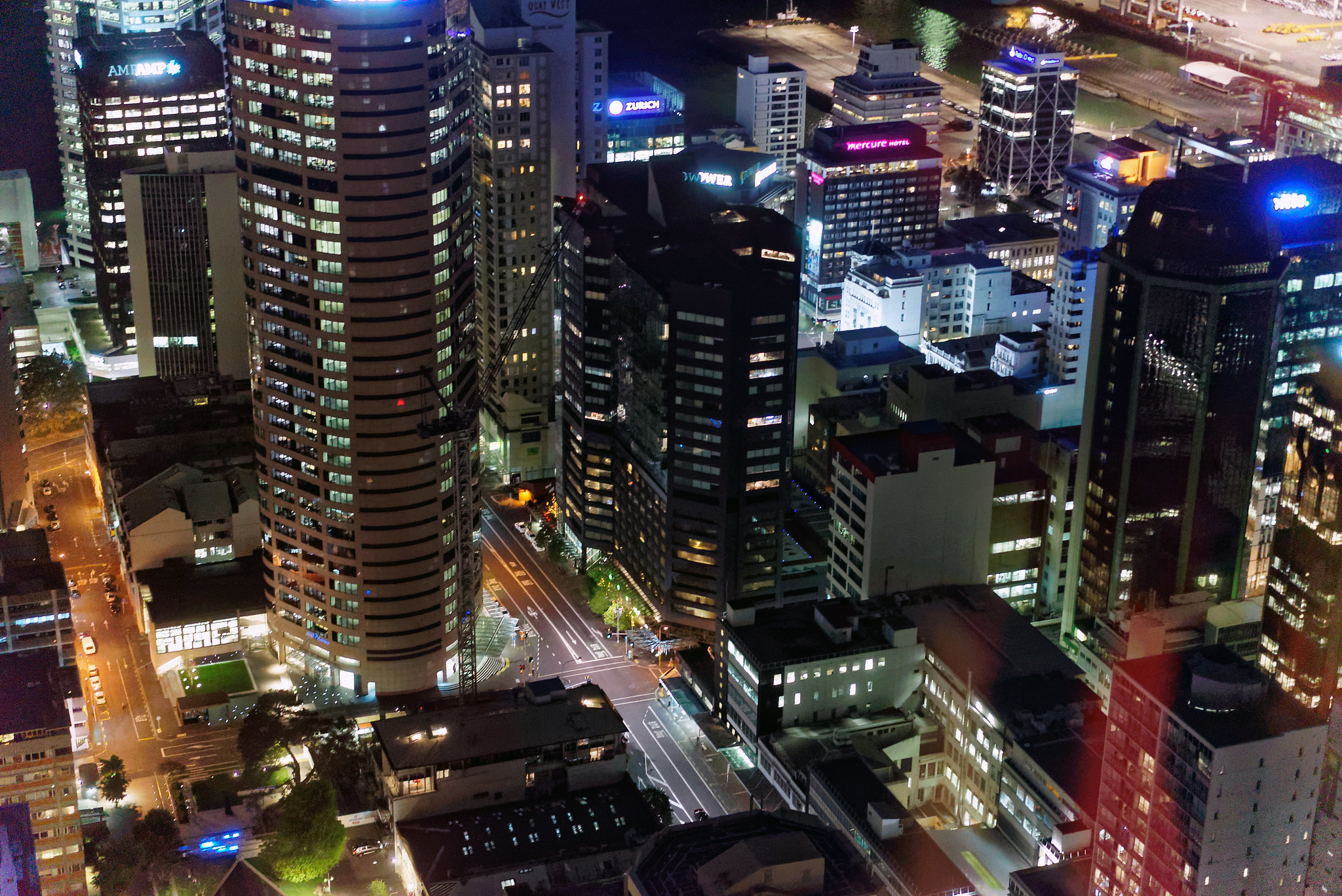 It was pretty cool to see, but we didn’t stay long as we are pretty tired and have a big day tomorrow as we head off to the Bay Of Islands in the north.