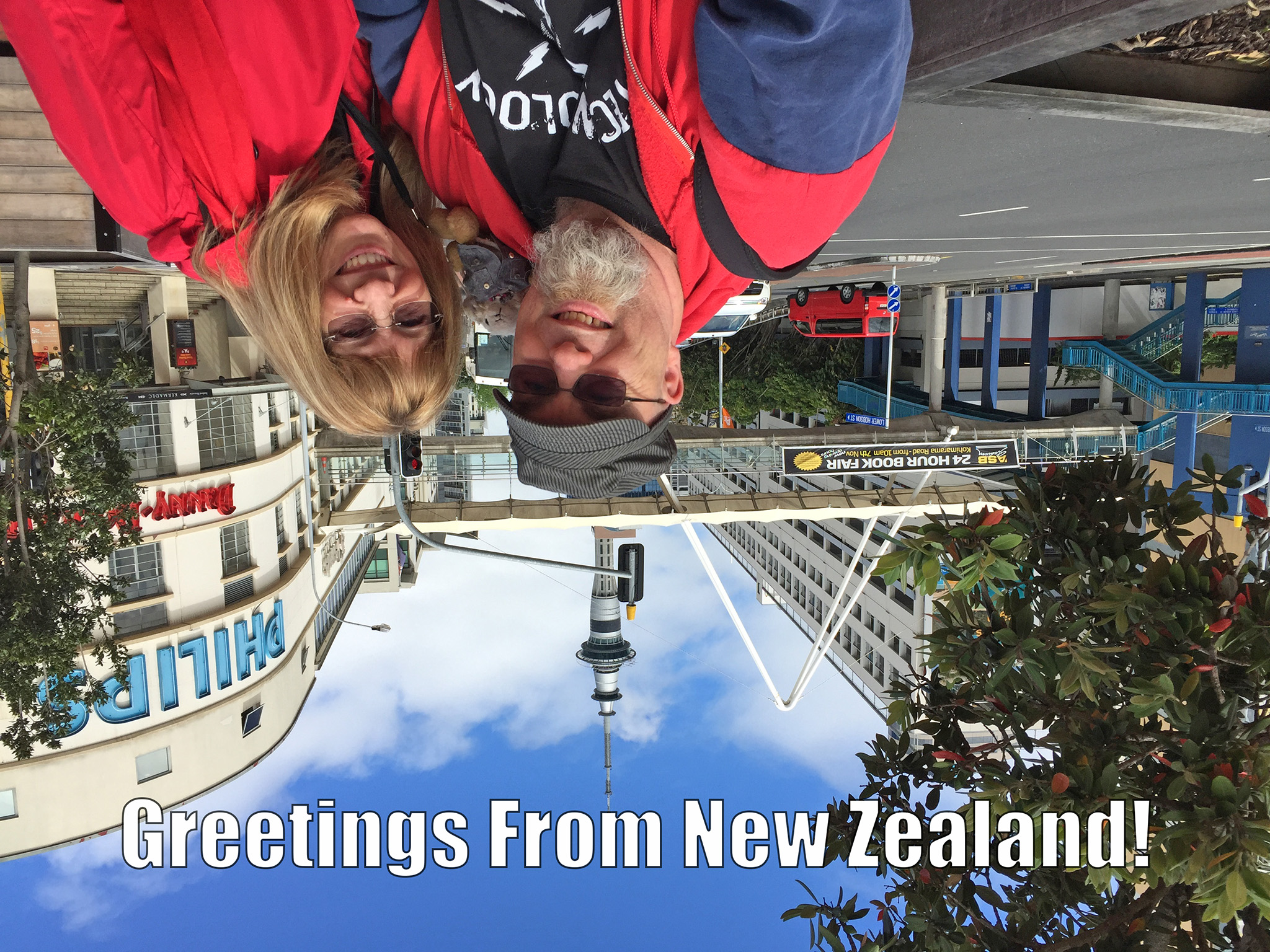 We made it to Auckland. The flights were uneventful for the most part. The first leg from Houston to Los Angeles was delayed by about 30 minutes which was not a real problem as we had plenty of time before the flight from Los Angeles to Auckland.

We arrived in Auckland quite early, but the hotel allowed us to check in right away which is always a huge bonus, especially after over 20 hours of travel time.

We did get some sleep on the plane so were were not totally wiped out when we arrived, but we’re still tired and taking it easy today.