We drove up tp Húsavík which is a very lovely little town. The harbor, especially. 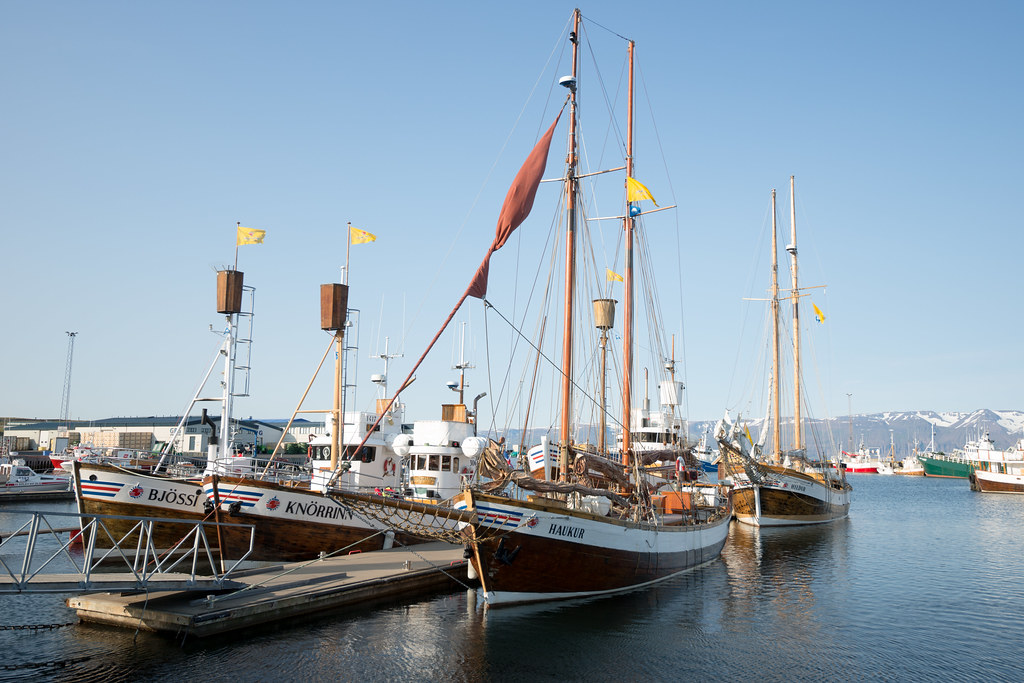 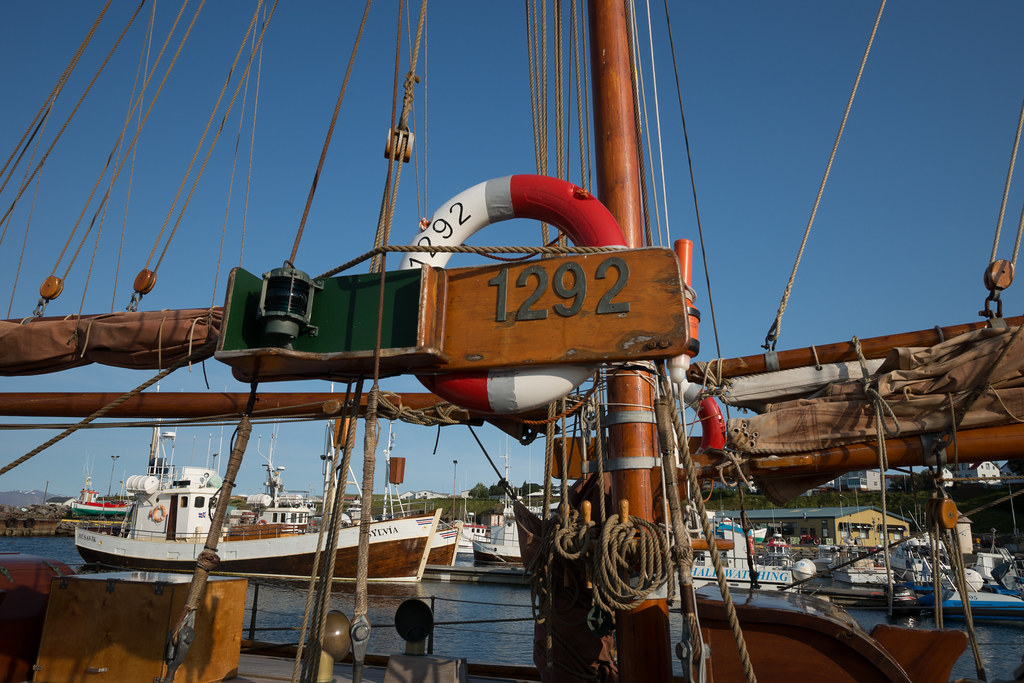 We decided not to take a whale watching tour. While it would be cool to see some whales, it’s never a guarantee and it is an investment of time and money. Plus, Cynthia has had her share of boats and I need to keep her in good shape leading up to a possible boat ride in the glacier lagoon later in the trip.

We drove around the peninsula and made our way to the Dettifoss waterfall. This is where things got interesting. We took 862 to the south, down the west side of the Jökulsá á Fjöllum river. 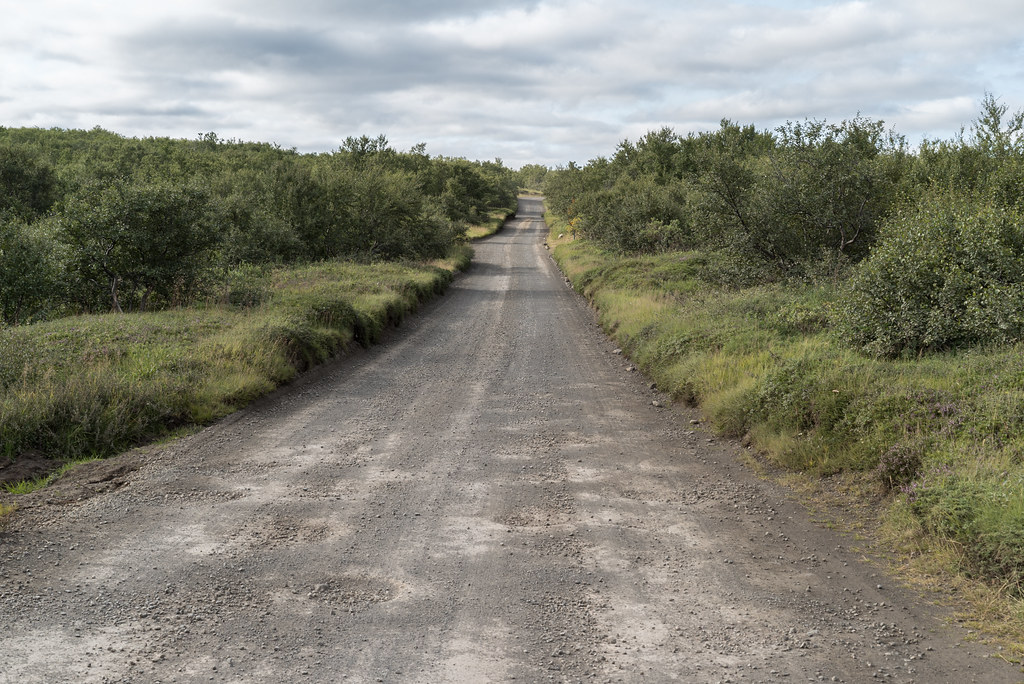 They say the road is passable for normal vehicles from Ásbyrgi to Dettifoss. However, up until 2011 this road was categorised as a mountain road (F-road). I have not been on many of the Icelandic roads, but I would not have done this one in anything less than a 4 wheel drive vehicle like the one we are driving.

We made our way very slowly, avoiding as many potholes and the larger rocks as we could. But eventually we came to the paved portion of the road and sped our way to Dettifoss, the most powerful waterfall in all of Europe.

We parked the car and saddled up our gear for the 15-20 minute hike to the edge of the waterfall. It did not disappoint. 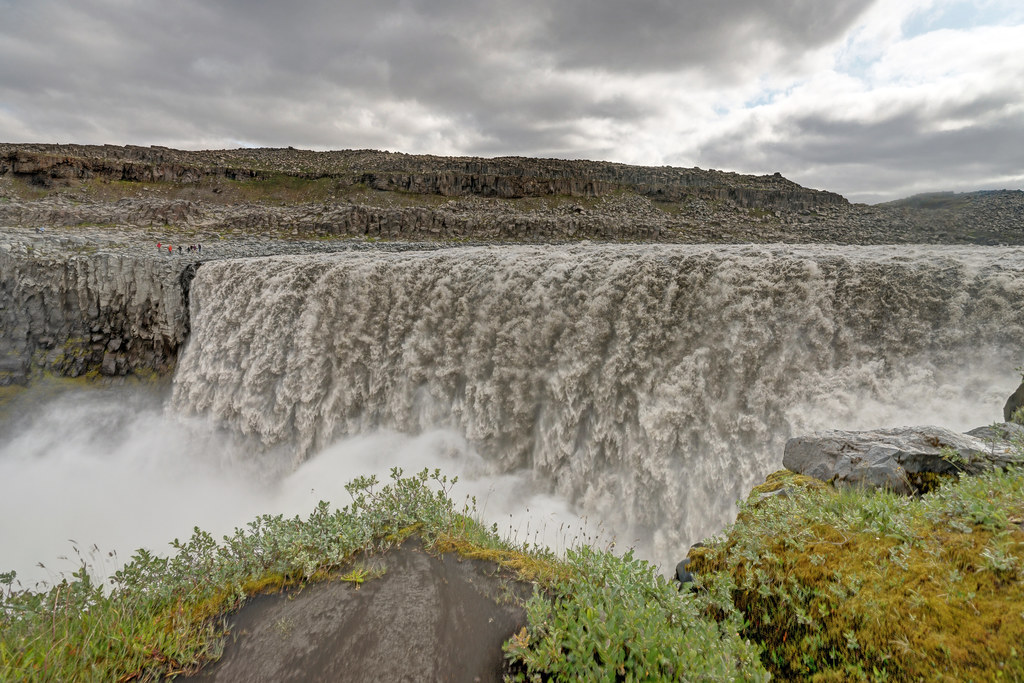 It was pretty early so there were not many other tourists around. I tried out some long exposures techniques which came out pretty well. 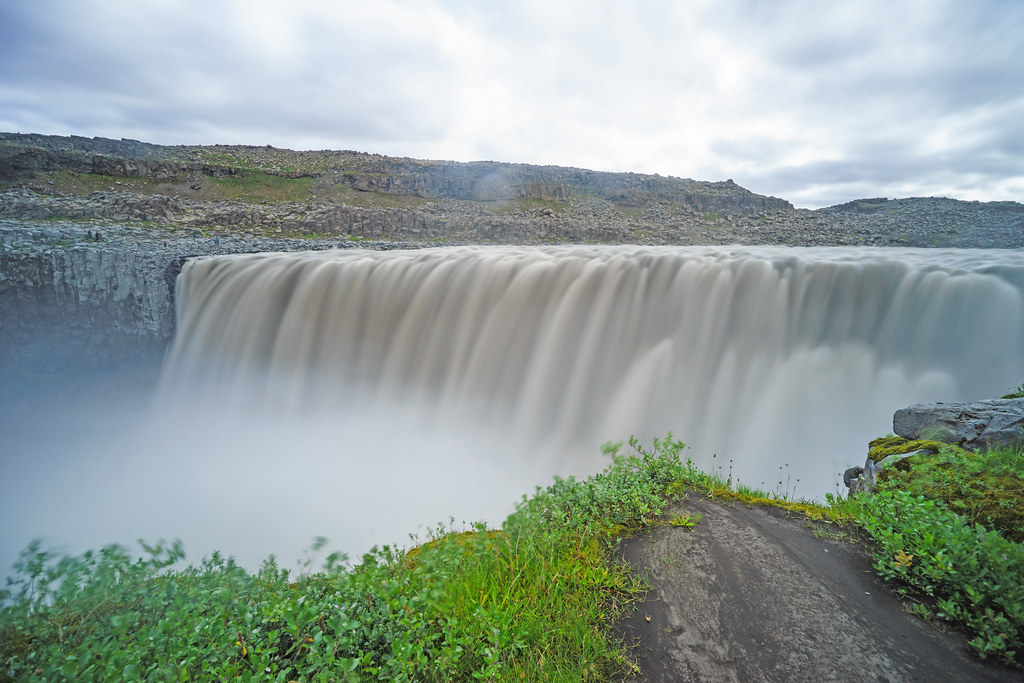 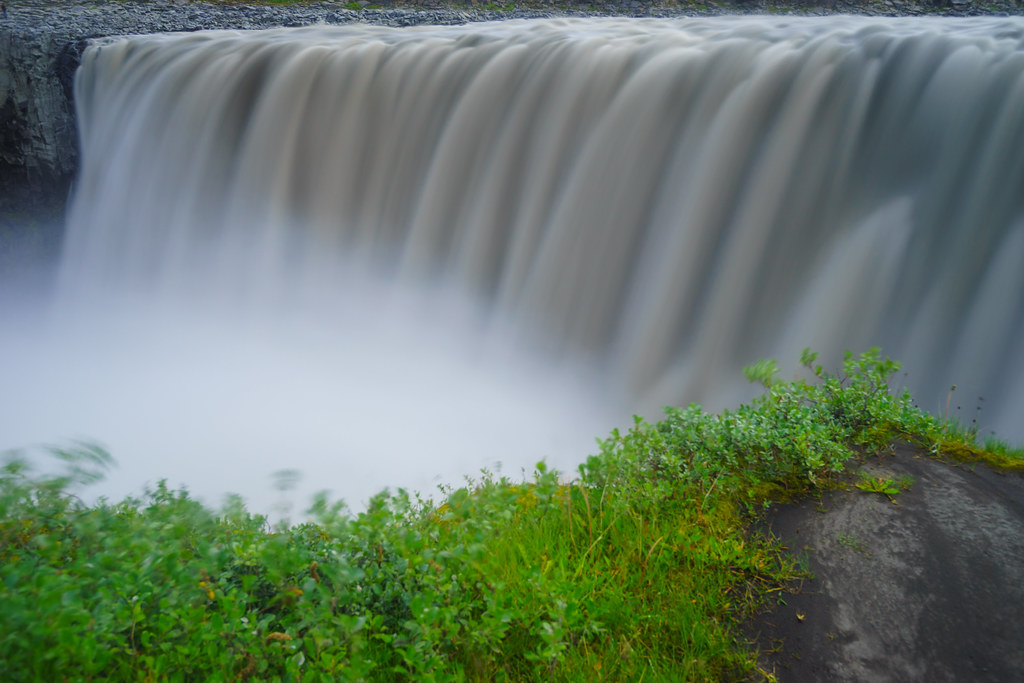 There was a lot of mist and spray which covered my camera and made shooting a bit of a challenge. Still, I am happy with the results. 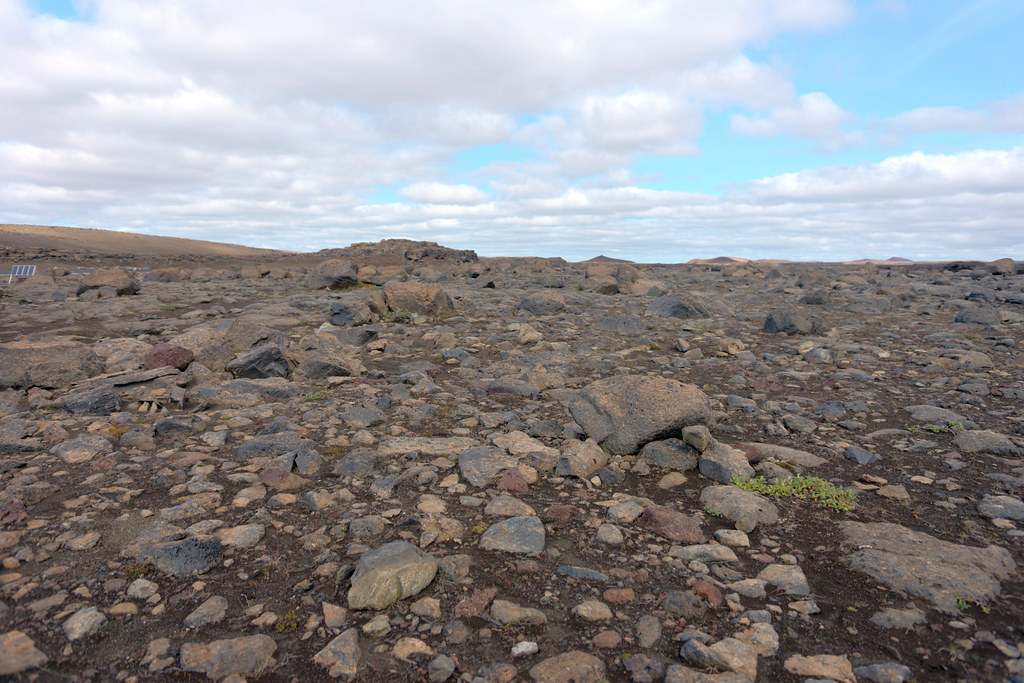 After spending some time at Dettifoss we hiked over to Selfoss which was upstream a little ways. Sadly, this was when I noticed my camera battery was dying and I had not spare with me. It was in the car all the way back up in the car park. Fortunately Cynthia’s battery was still going so she got the shot. After hiking around we decided to get in the car and make our way to our accommodations outside of Egilsstaðir. 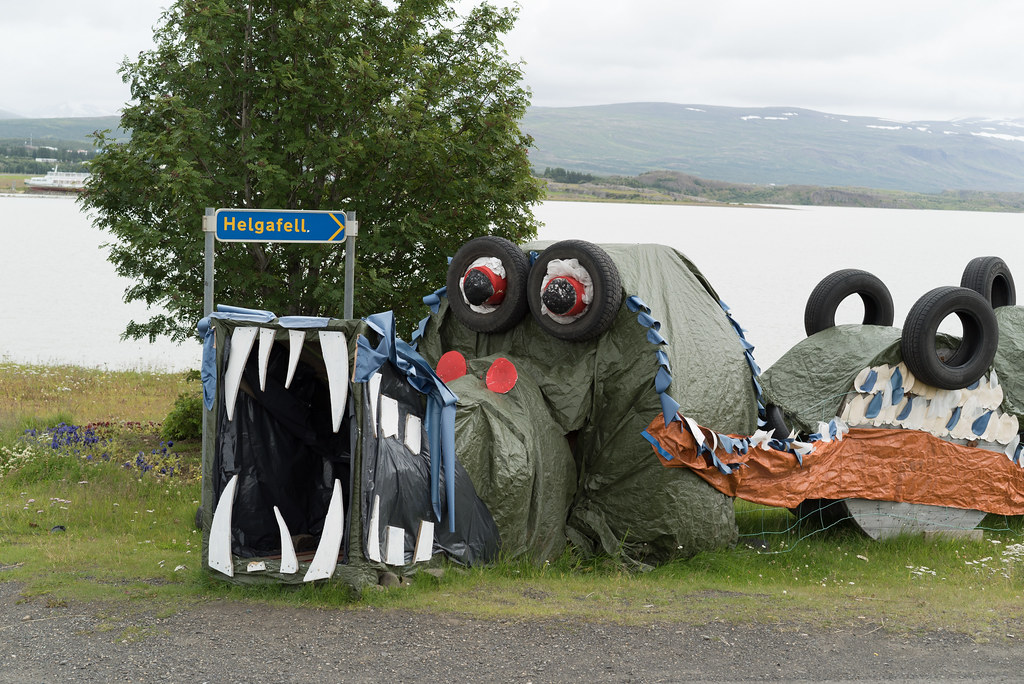 Did you know that Egilsstaðir has a sea monster? Apparently they do. The Lagarfljót Worm. If we see anything we will try to post blurry photos or grainy video.

When we arrived at the guesthouse we had booked for the evening they informed us that they had overbooked and had to send us to other accommodations which were pretty close and ended up being just fine.

Tonight we went to Café Nielsen for dinner. It was fantastic and I had reindeer as my main course. Tomorrow we’re off to the south along the east coast and will end up in Höfn.