After such a great day yesterday we were a bit disappointed to wake up to rain in Valencia. Not a lot of it, but enough to dampen our spirits somewhat. We grabbed some breakfast here at the hotel and went back to the room. We were still tired from the night before and with the rain we decided to take a nap. That ended up being a great idea because we slept soundly for a few more hours and when we woke up the rain had stopped.

We set out exploring and as it approached 2pm we decided to attend the daily mascleta which is a daytime fireworks display designed for percussive effect rather than visual. Thousands of festival goers jam in to the central square to be as close to the event as possible. When it goes off it is so loud you can’t hear yourself even if you shout. The display goes for a full 5 minutes.

I recorded this on my cell phone. It does not do the event justice, but it gives you an idea

After the mascleta we went back to the room to re-organize and then went to have a late lunch at our favorite restaurant, Pappardella.

After a nice meal and a bottle of wine we took to the streets where we encountered a procession of Falleras apparently leaving some event and going back to their respective neighborhoods. This provide Cynthia and I with a few hours of photographic fun 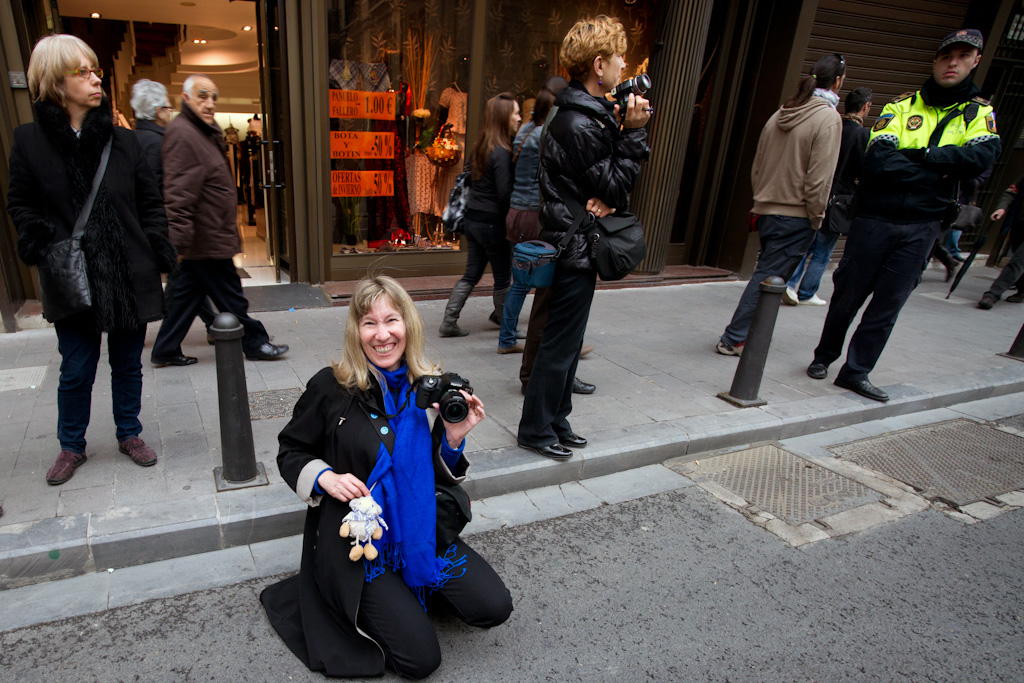 After this we went back to the hotel room once more to get ready for the evening where we planned to go find the legendary light displays of the Ruzafa district.