Today we did not drive ourselves. We toured the Landmannalaugar area of the interior of Iceland using a service. When researching this part of the trip it came to my attention that it would be necessary to ford some rivers to visit the sites. We have a 4X4 and it could take us, but Cynthia was not convinced so we opted to hire a super jeep tour company called Amazing Tours to take us out for 10 hours. Fine by me, we’ll get to see some cool stuff and I don’t have to drive. 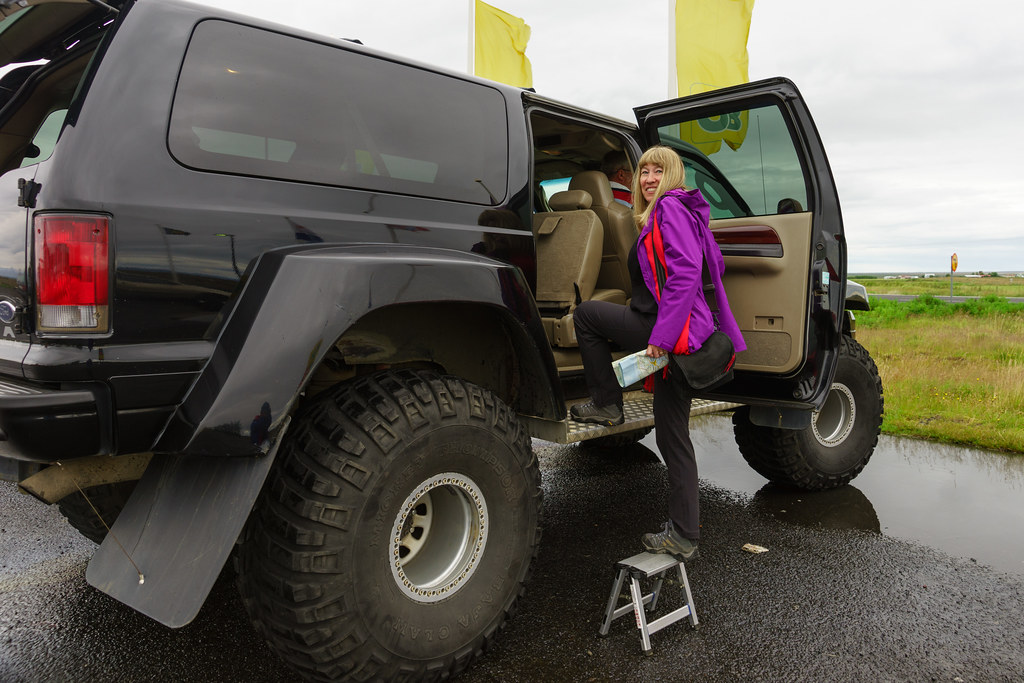 We met up with our guide at a service station near our hotel. We boarded the giant, modified Ford truck and proceeded into the interior. 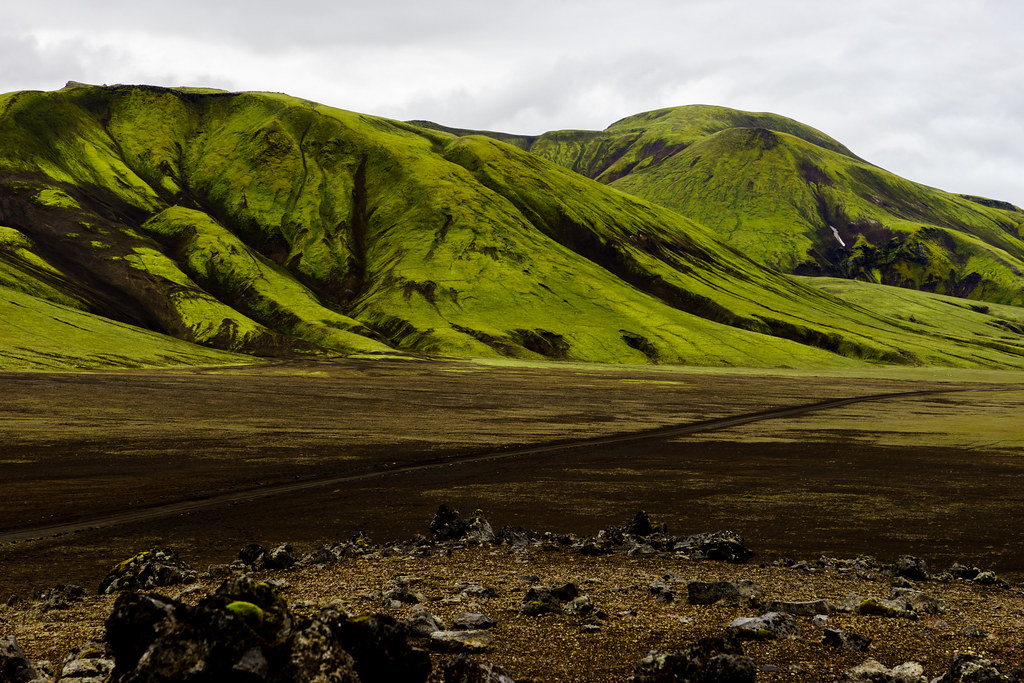 The weather still wasn’t great, so the photography suffered. But the landscape was incredible.

We came to a pretty deep river crossing. It was easy to see we probably would not have made it in the rental. I had the driver drop me off and recross the river so I could photograph it. 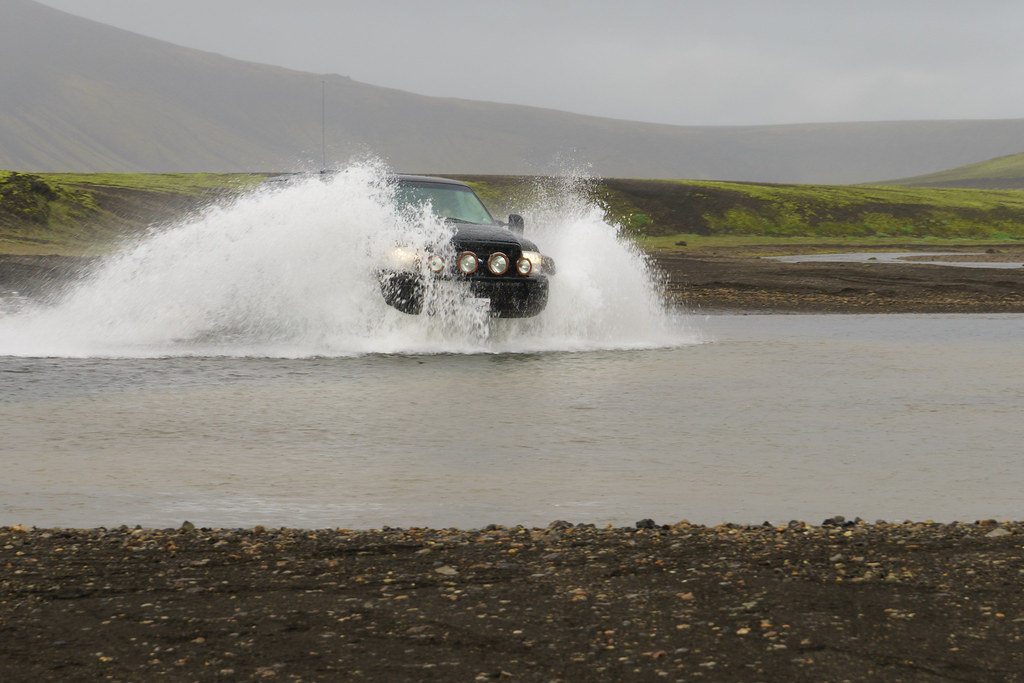 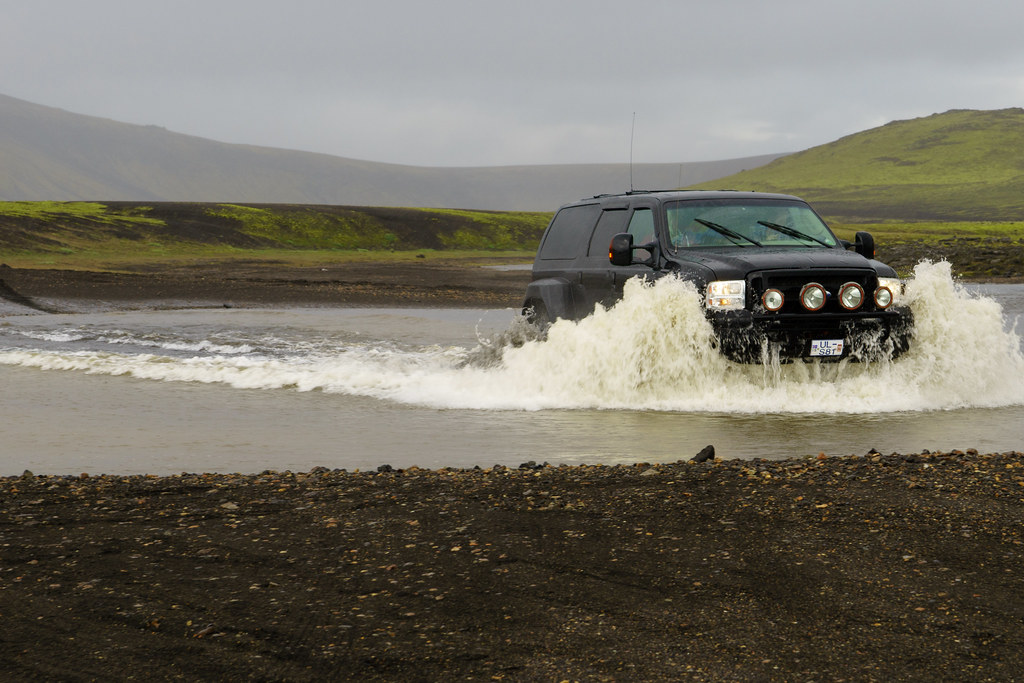 Our driver told us the car was probably ruined by the water and that this kind of damage was not covered by the rental agreement. I suspect we witnessed the demise of a perfectly good Icelandic holiday.

Our first stop was the Ljótipollur Crater. Ljótipollur translates to ugly puddle. I experimented with some panoramic photography to try and get a photo of the entire crater.

Our next stop was the hot springs. A geothermally heated little river that is a popular place to bath/swim. The location is also a popular campsite for hikers. When we arrived it looked a bit like a refugee camp due to the rain and the wet and bedraggled campers. We did see our first Icelandic food truck here. More of a general store in a bus. Actually, two buses 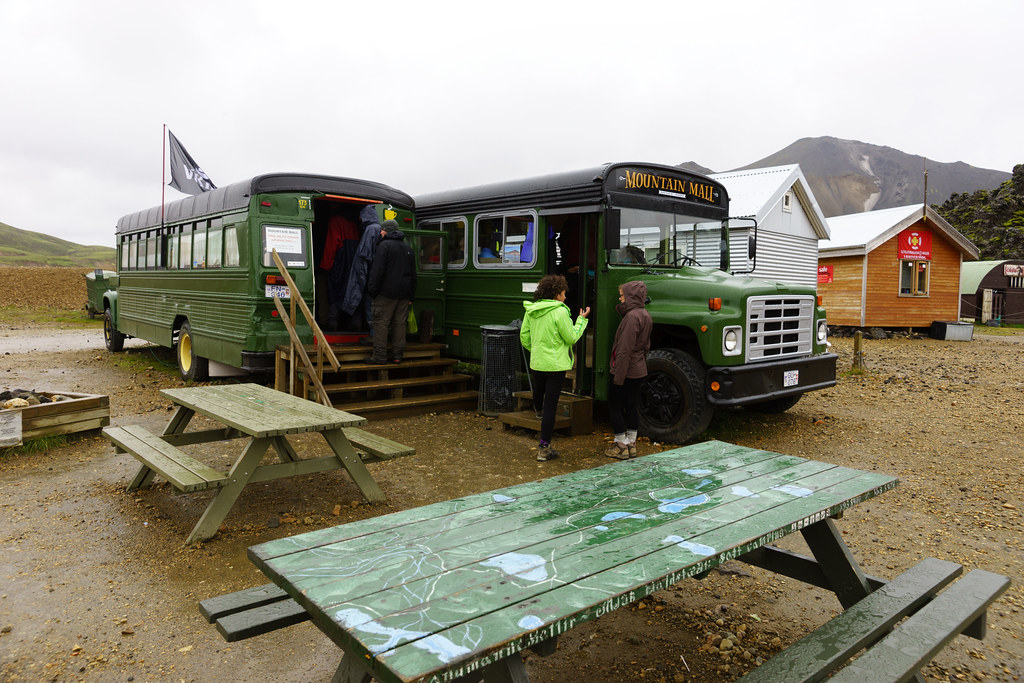 Coffee, food, mittens, lip balm…all kinds of things one might need when preparing to hike for day or weeks in the Icelandic wilderness.

We decided not to go swimming and moved on.

As we were driving to the next location we encountered a large group of horses being driven to some unknown location. Several dozen horses, all moving up the side of the mountain.

Next we visited an area overlooking the hydroelectric dams in the area. It was interesting to see. The area is so desolate. 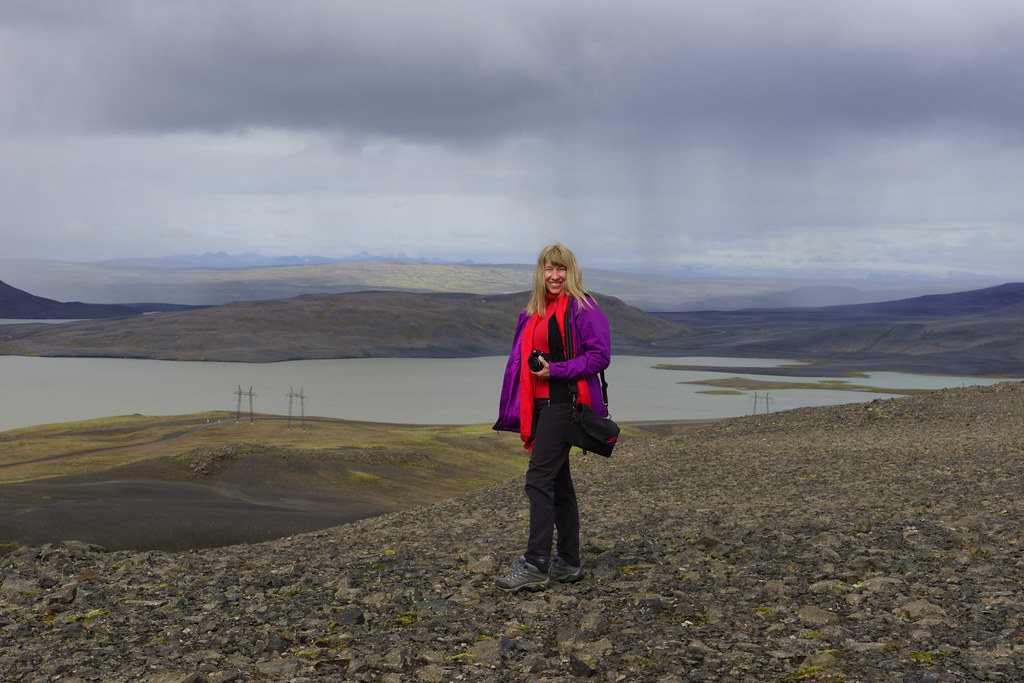 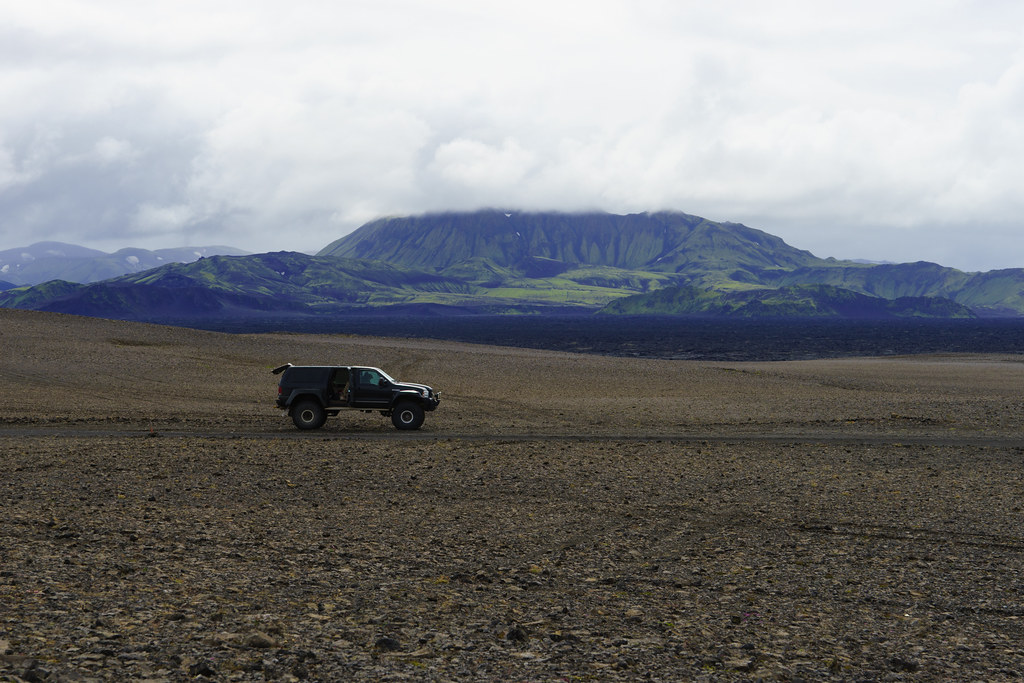 As we drove off the driver told us he was going to take us to a place he knew about that wasn’t on the itinerary. He told us this was not a well known place and it was one of his favorite places in all of Iceland.

When we drove up, we didn’t see anything all that interesting. But when we got out of the truck and climbed a hill we looked down on the most amazing valley I have ever seen. 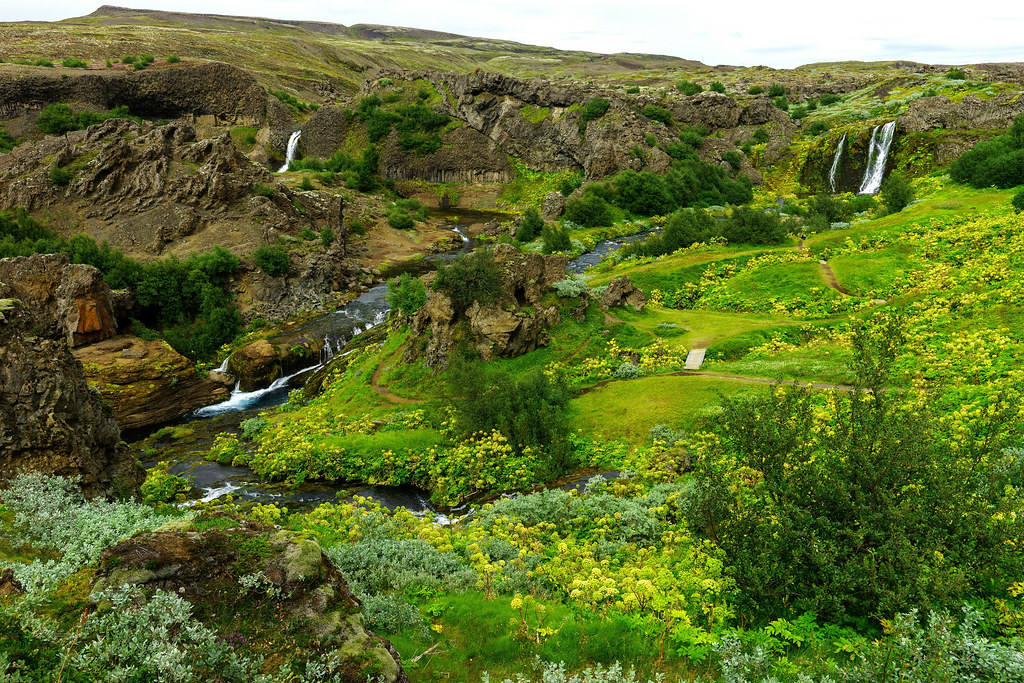 It’s called the Gjain Valley and it looks like a tended garden. We walked down the side of the hill and just explored the place for about an hour. There were only a handful of other tourists about. This place is a hidden gem in Iceland, that’s for sure. 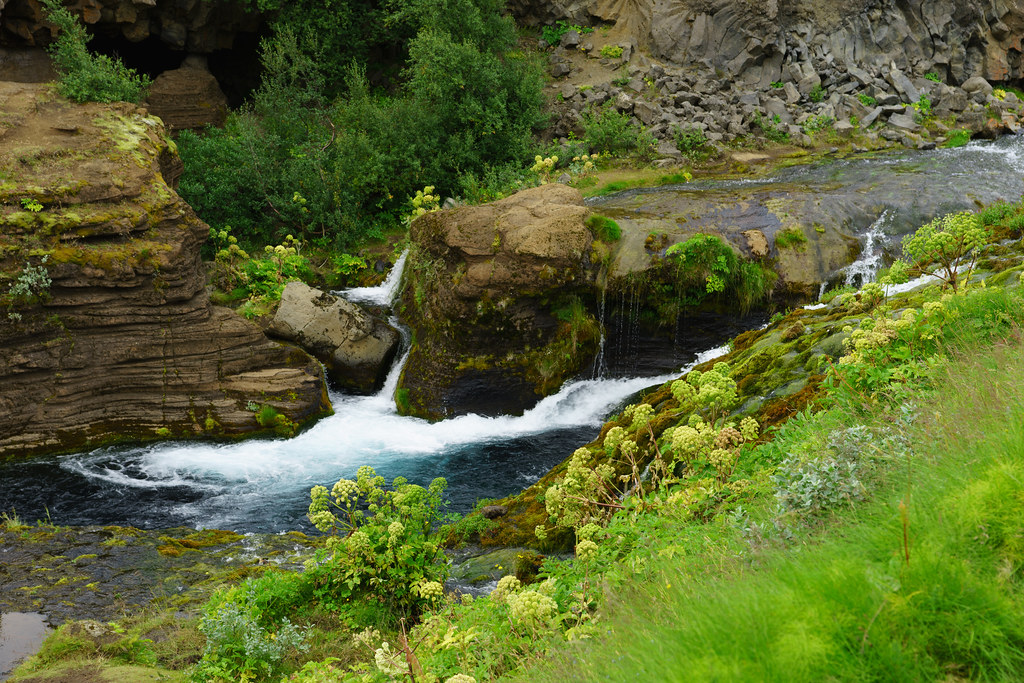 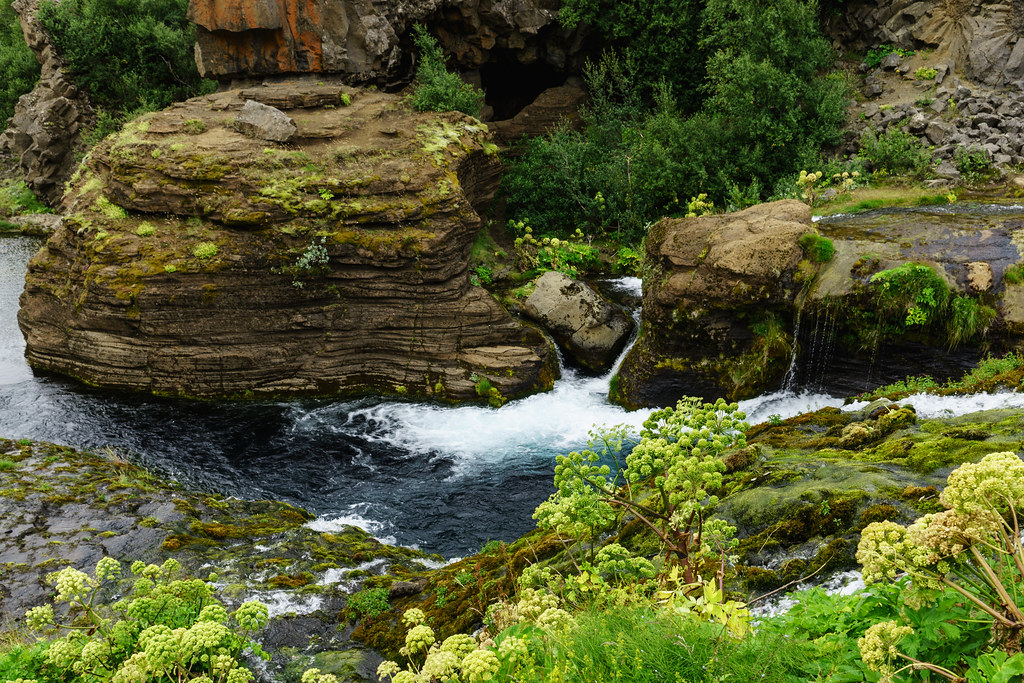 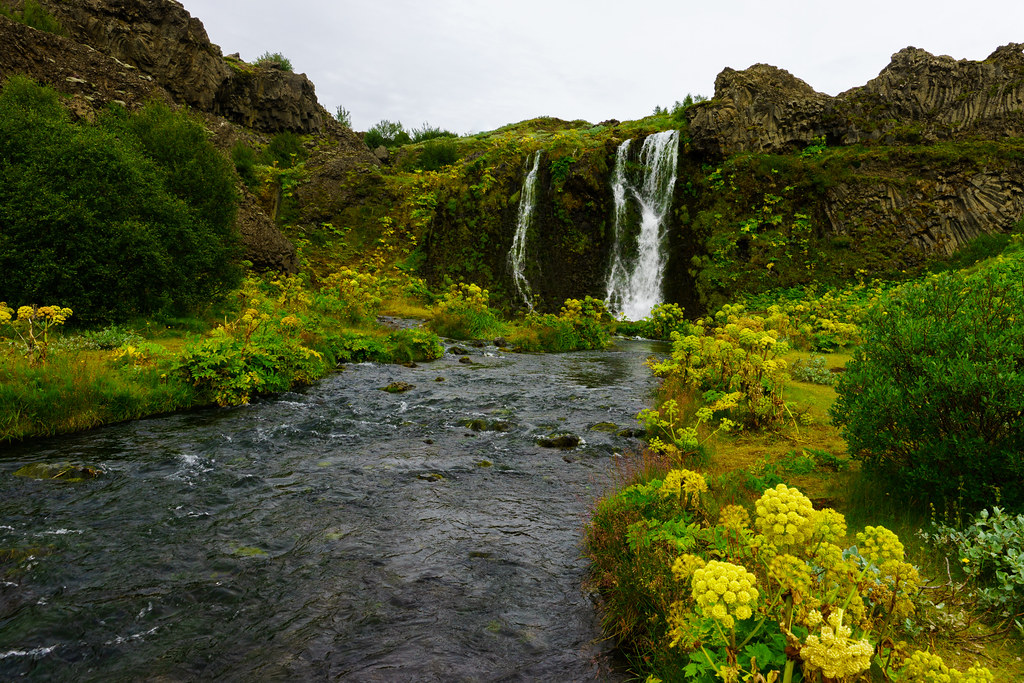 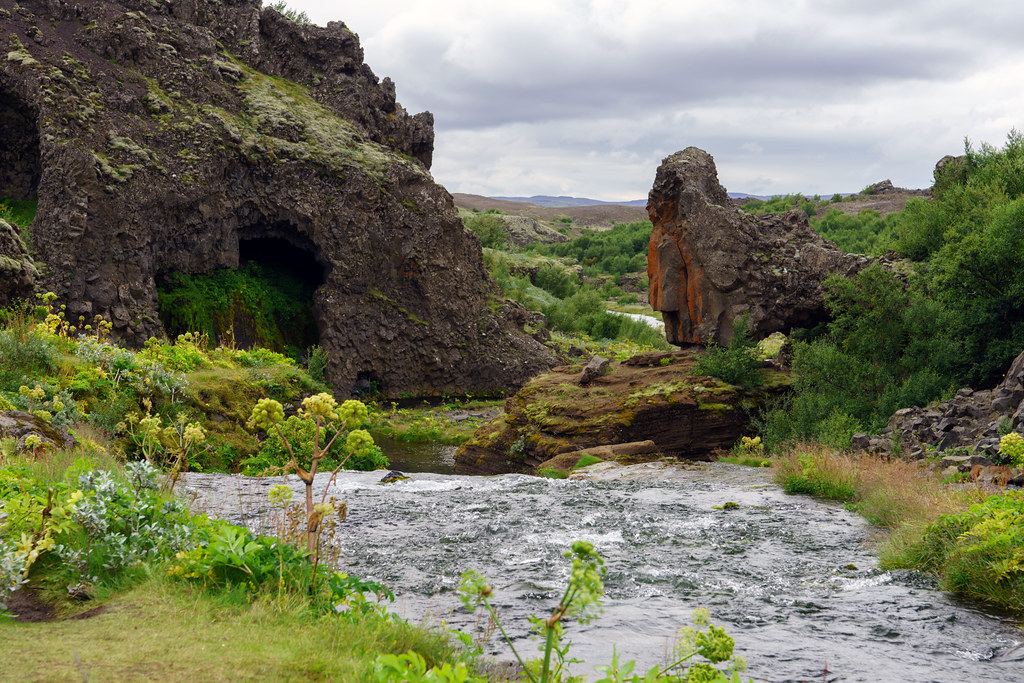 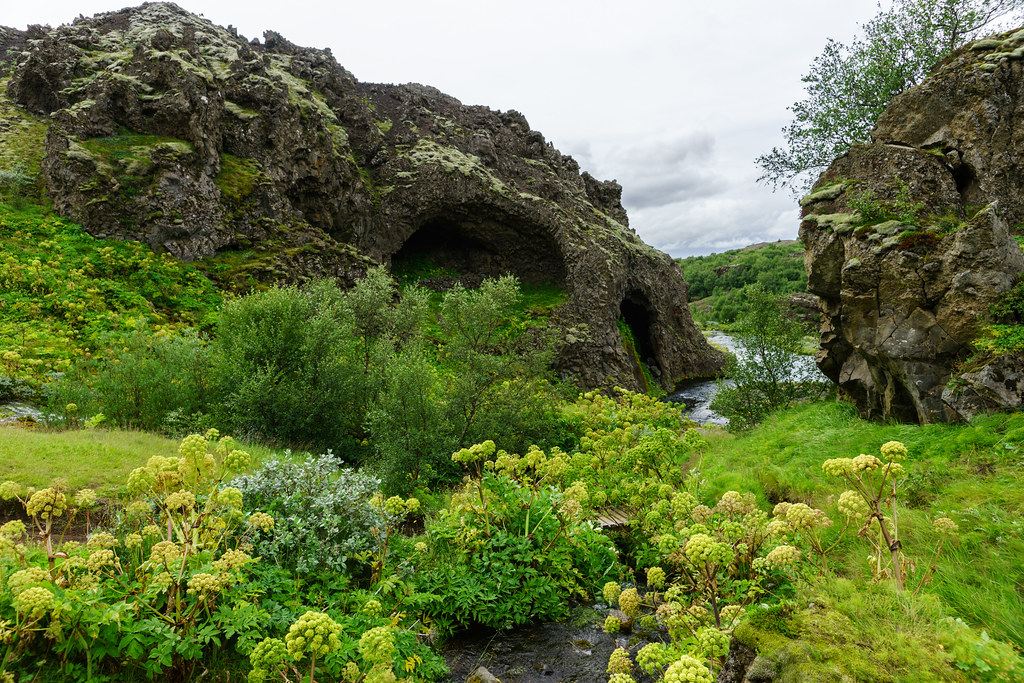 After visiting the valley we went to see Hjálparfoss, a small, but very nice waterfall. 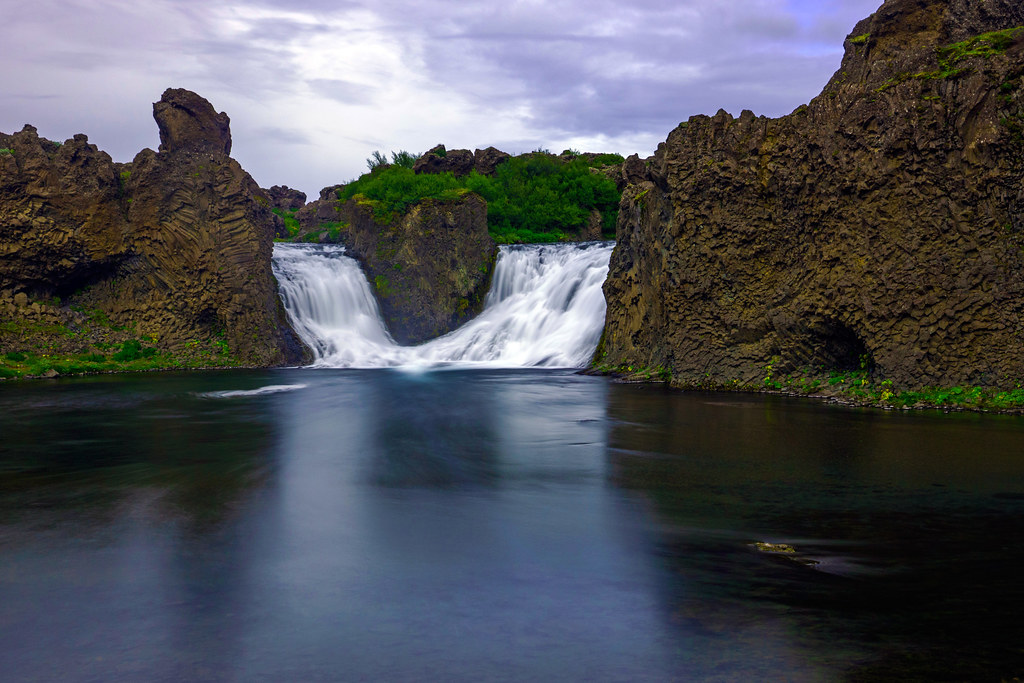 That was our last stop and we made our way back to civilization.

The whole tour lasted about 8 hours. We had a great time and when we finished we were dropped off at our car and we drove back to the hotel.

Tomorrow we’re headed back to Reykjavik via the Golden Circle where we will see Geysir and a few other Icelandic attractions.