As we are in the heart of the Texas Renaissance Festival season I must confess I am of two minds about not being hired this year.

One the one hand I have the entire series of fall weekends to myself. That means we get to play the Austin Celtic Festival and I can go to the Airshow and the Quilt Festival and do all those things I have been deprived of in the fall as a result of 15+ years of dedication and sacrifice to the festival.

But there are things I miss. There are some very good memories tied up in that experience.

I was poking round the Internets and I found some pictures someone took that time Istanpitta pranked us by dressing as us and parodying the Flu Pandemic a few years ago. Seeing Sahira dressed as Joe was about the most ridiculously funny thing I have ever had the opportunity to behold. 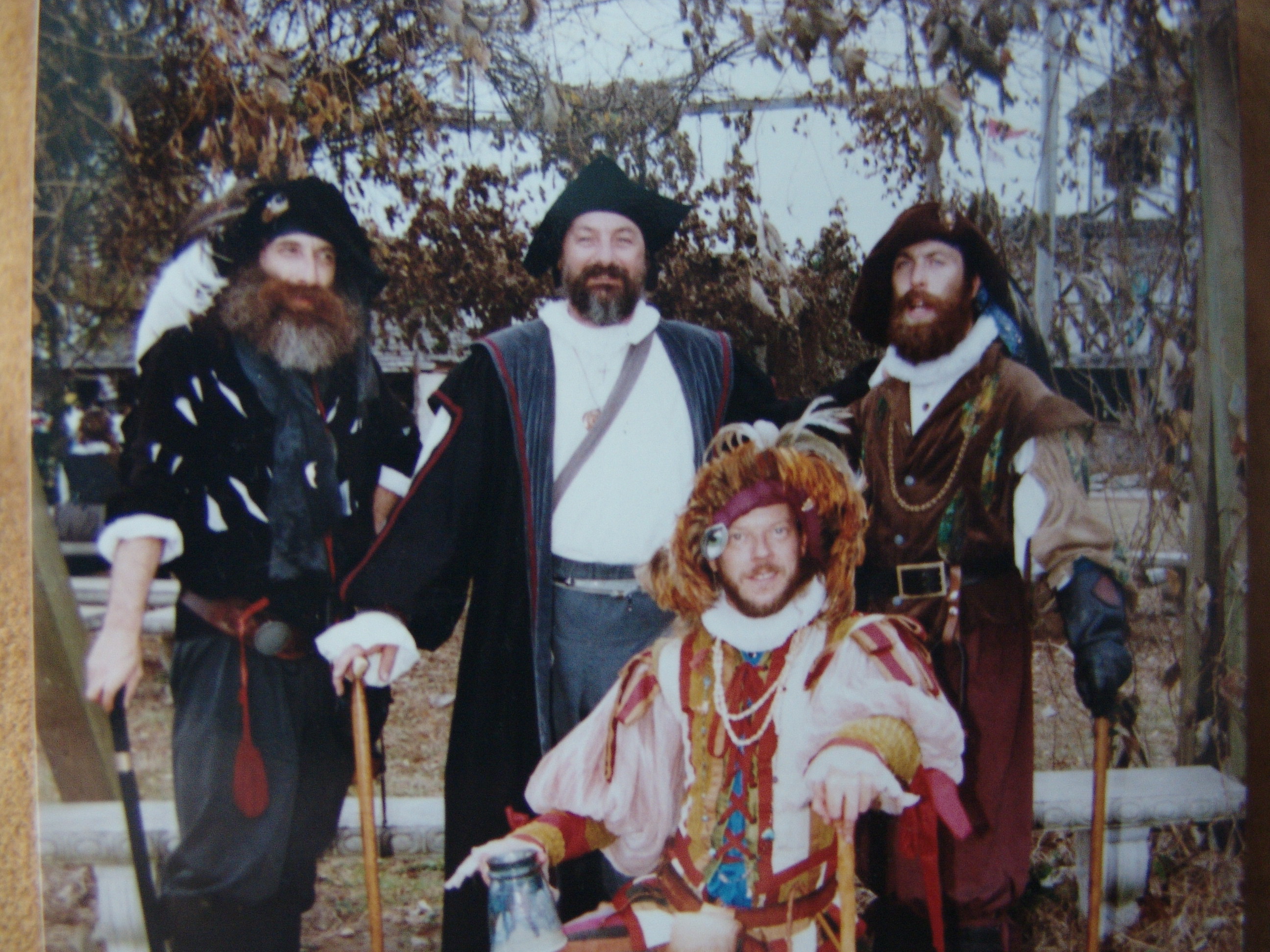