We left early this morning to make the 4 1/2 hour drive up to St. Anthony on the uppermost part of The Great Northern Peninsula of Newfoundland. It was gloomy and foggy for the first part of the drive and then cleared up and became very nice. Then the it turned foggy and gloomy again. 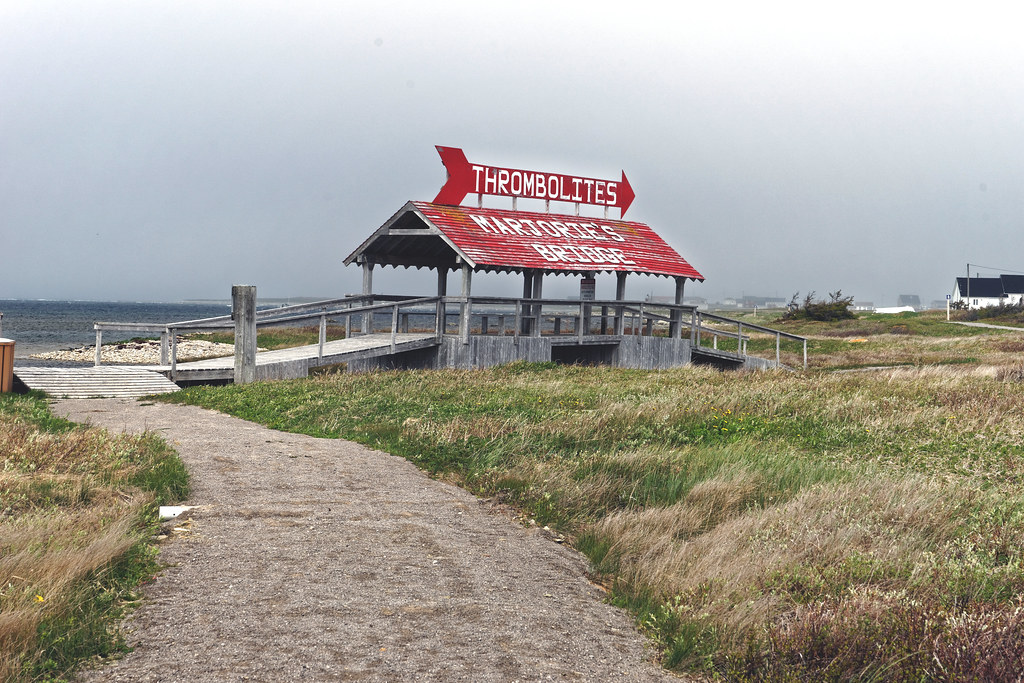 The fog and gloom was unfortunately in the area of Flower’s Cove where we planned to stop see the thrombolites, fossils that are estimated to be between 600 million to 1.2 billion years old and that exist only two places in the world. The other is in Australia. 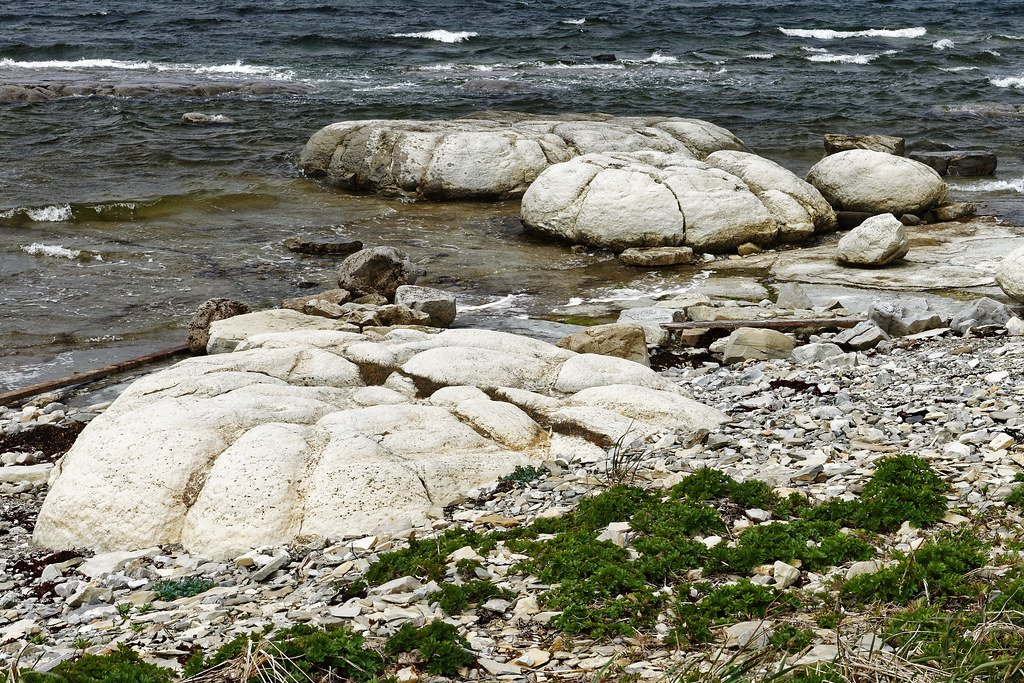 With the wind, strong, wet and cold, blowing up off the sea was we decided to cut our visit short in favor of the warmth of the car and the promise of sunshine down the road. 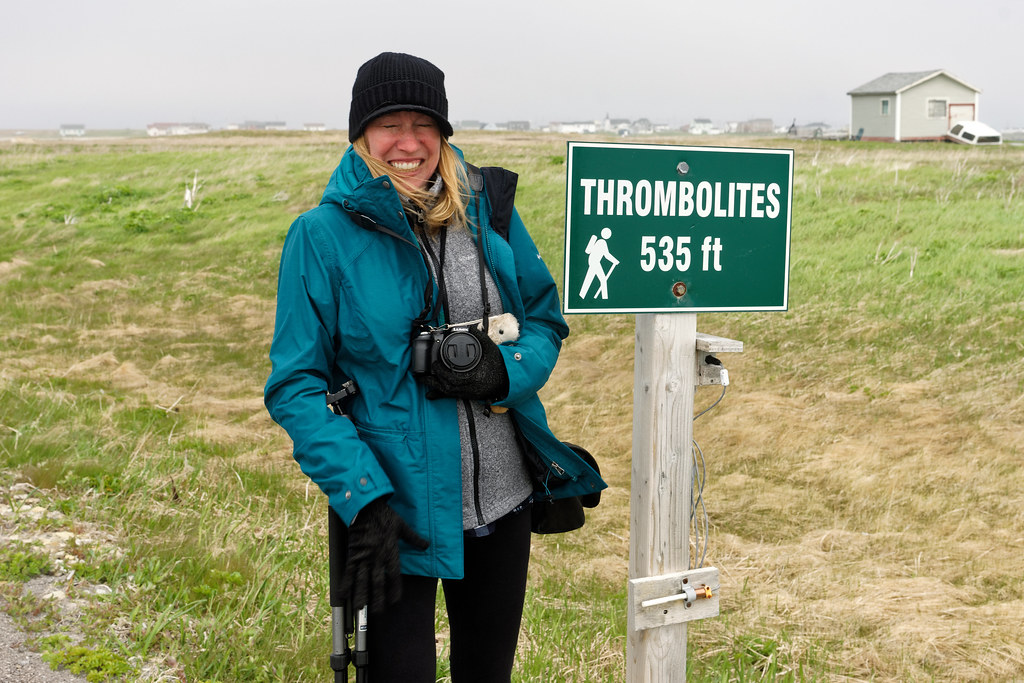 Sure enough, the weather cleared a few miles down the road and it became a beautiful day. 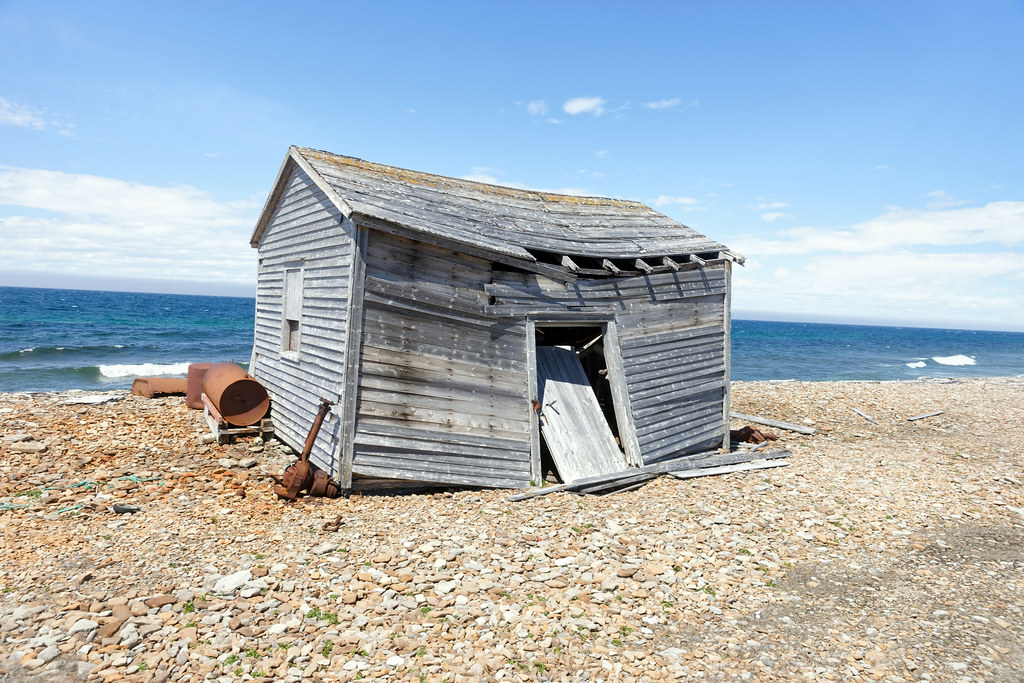 We finished up the drive in St. Anthony where we had this afternoon and the full day tomorrow to explore. We checked into our hotel and then set out to Fisherman’s Point where we had read there’s a great view of the cove. What we didn’t expect was the three icebergs that had settled into cove which offered a nice, close up view. 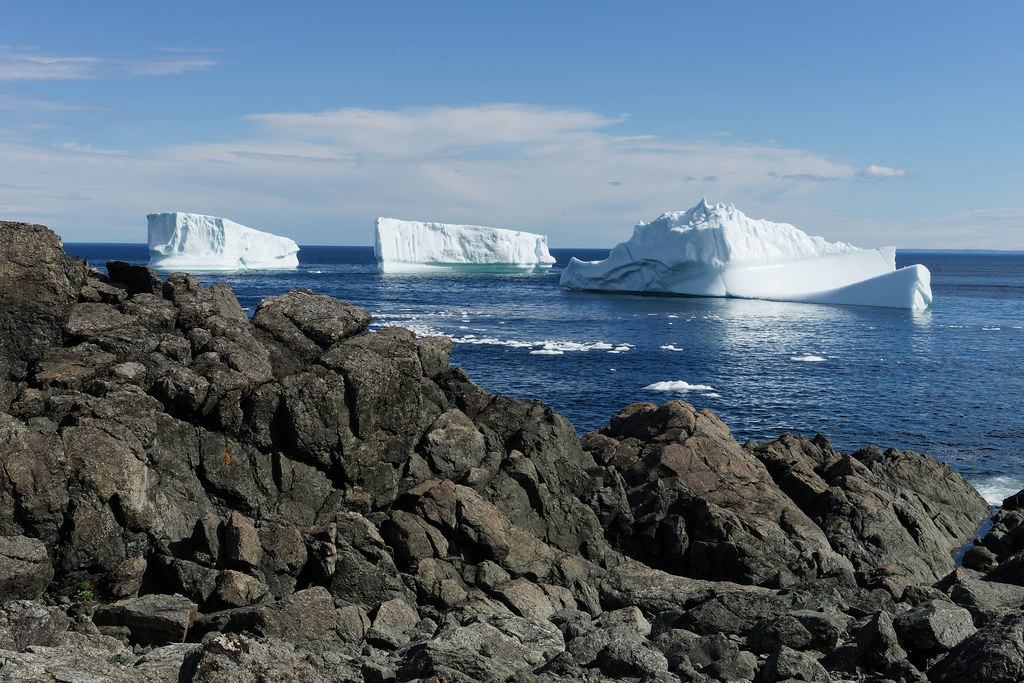 We explored the point and then set off to find some dinner and then called it a night.

Tomorrow we take to the sea in search of more icebergs.