Today our plan was to go see the changing of the guard at Buckingham Palace. We got there early and staked out a great spot for watching the ceremony. One of the reasons we had a good spot for viewing the ceremony is due to the fact that we met a remarkable man who was also there to see the changing of the guard. His name is Michael and he is 80 years old and was one of the children evacuated during the blitz in WWII. He was a wealth of information about the war, the crown and London in general. After the ceremony he invited us to a pub to have a drink and then proceeded to walk with us all around Westminster. He showed us many things and told us many stories as we walked and talked for hours. After we finished our specially guided mini-tour with this amazing man we found our way back to the hotel to freshen up, get some dinner and prepare for the evening’s festivities. 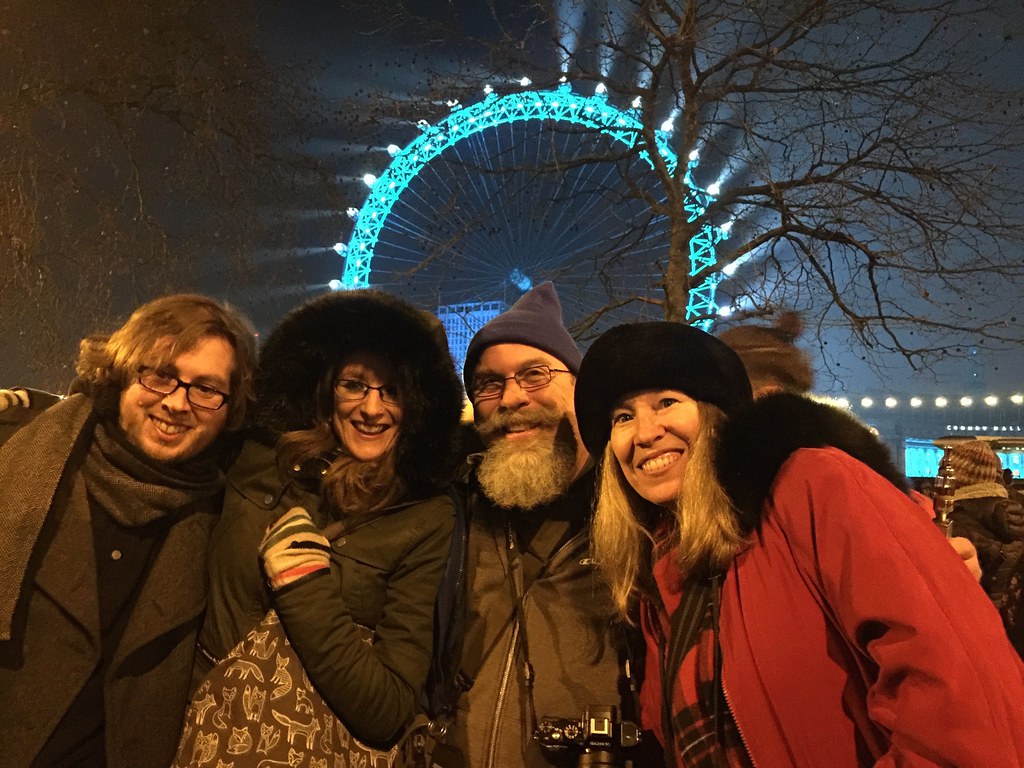 Though we are not usually the type of people who go out on new years eve, we had managed to secure tickets to attend the The Mayor of London’s NYE 2014 Fireworks which takes place on the Thames River. Since they had limited ticket sales to 100,000 we felt that it might not be TOO crowded to go down and ring in the new year with a mass of London revellers. It really turned out quite well. It felt safe and the people were so fun and friendly. We met up with our friends Michael and Katrina and rang in the new year in amazing style. The fireworks display was one of the best I have ever seen in my life. Words can’t even describe what it was like to stand there and have the London Eye erupt right before your eyes. Fortunately our hotel is not too far from the site where the celebration was held so we were able to walk home after the event rather than have to try and crowd into the subway or find a cab.

What a fantastic day! Tomorrow is our last full day and we will likely take it easy as we get ready to come home.