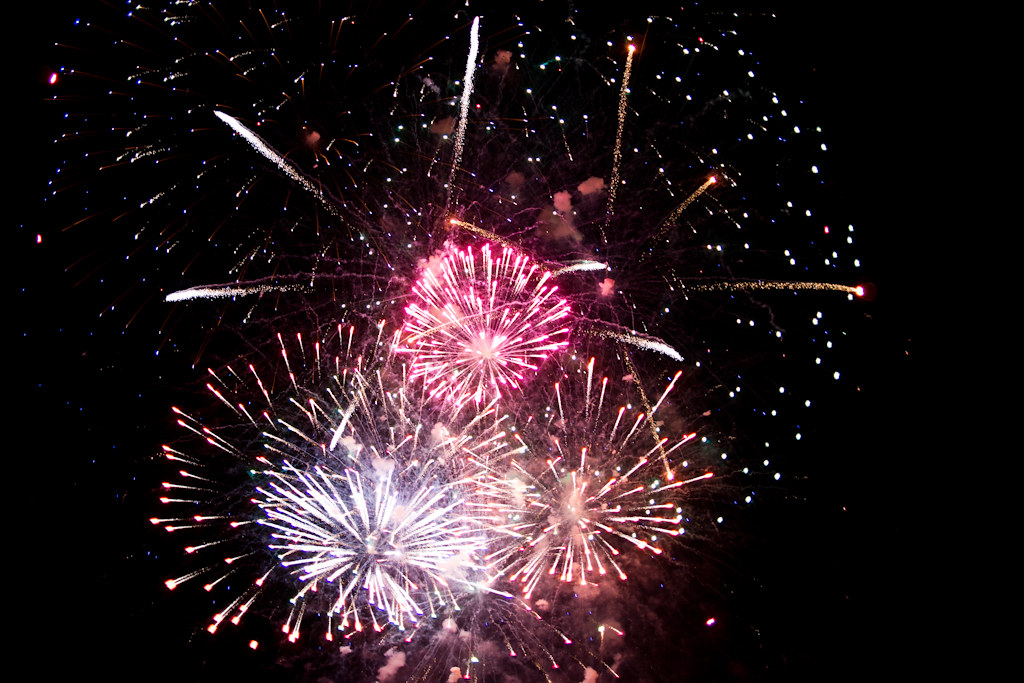 We stayed up late last night to watch the fireworks at 1:00 am. Suffice to say, we were pretty tired by the time we hit the sack.

During Las Fallas there is a tradition called La Despertà where each morning starting at 8:00 am marching bands go down the streets waking everyone up. These bands are followed by men detonating large fireworks that make a lot of noise.

For the most part, we’ve not encountered this experience on our street. Our hotel is a bit out of the way so they don’t tend to make it to where we are. Yes, we do hear the fireworks late into the night and then starting up in the morning. It’s almost midnight as I write this and it sounds like a war zone out there.

But this morning La Despertà found our quiet little corner of the city and let loose with a barrage of fireworks that seemed to go on for about 15 minutes. We didn’t hear any bands playing, but we may have slept through that part. But the explosions could not be ignored. We woke up while it was going on, but we were so tired we fell back to sleep as soon as it was over.

We ended up sleeping in till about 10:30 am. This meant we missed breakfast at the hotel so we set off to a local restaurant.

After breakfast we just wanted to walk around and take in the sites. The first thing we wanted to look at was the progress of the Virgin being built from the carnations brought by the Fallera during the Ofrenda. She’s coming along quite nice.

Today was day 2 of the Ofrenda so there would be more processions blocking and clogging the streets. You can’t turn a corner without running into them. Cynthia wanted to go to the Torres De Quart to honor the tradition we have of releasing a feather from her dear depated bird, Mr. Zippers. A tradition we started several trips ago. I was not in any condition to climb the structure, so Cynthia climbed up on her own and let the feather go. We had a good time continuing to explore the city and then we went back (yet again) to our favorite little lunch spot La Pappardelli. We again had some local Valencian wine recommended by our waitress. Since we ate here regularly on our last trip and we’ve been regulars again on this trip the staff treat us very well. One of the waitresses even said they think of us as family. That was very kind. They always give me a complimentary grappa at the end of the meal which I find to be very cool and a nice finish to the meal. After lunch we did some more exploring. After which we headed back to the hotel to rest a bit before my big project.

I wanted to go back to the City Of Arts And Sciences to take some photos. But I was very particular in wanting to go just before sunset to take advantage of the “golden hour” which is that time just after the sun goes down and before it actually gets dark.

We’ve just returned from that excursion and I think I got some VERY nice pics which I will be posting before too long.

Tomorrow is La Crema and The Nic De Foc (Night Of Fire) so it’s going to be a long and exciting day!