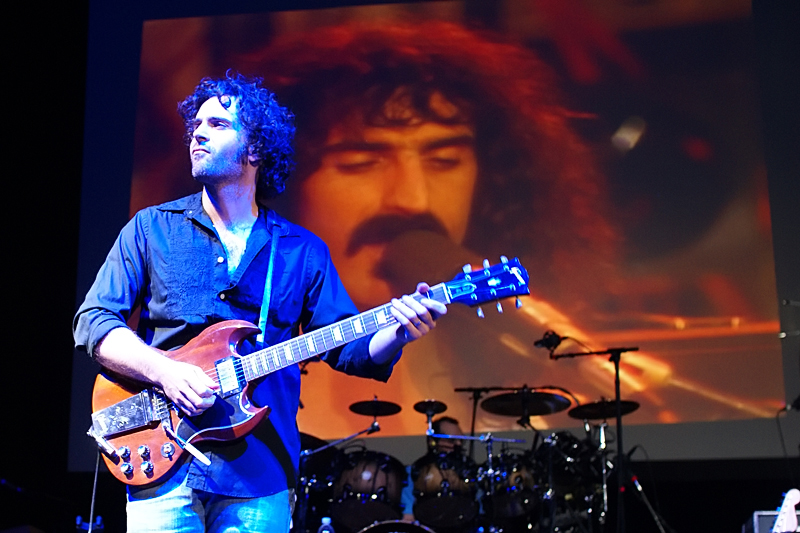 I attended the Zappa Plays Zappa show at the Verizon Wireless Theater on Sunday night.
In all honesty, I was apprehensive about the show and had some doubts about how it might be.
I’ve seen Frank Zappa in concert twice so I know what a Zappa concert sounds like.

The idea that his son, Dweezil, would put together a band and try to perform his father’s music filled me with an understandable amount of apprehension and trepidation.

The fact that this band was touring with Napoleon Murphy Brock, Terry Bozzio and Steve Vai did lend the concept a certain amount of legitimacy in my mind and was intriguing.

When I got to the Verizon Wireless Theater it was pretty plain that the Houston Zappa fans were out in force. I saw many old faces and old friends as we got ready for the show.

The concert lasted for well over 3 hours and I gotta say…I was completely blown away.

I didn’t commit the set list to memory, but Joe found someone who did a nice job of documenting the show. This is how it went down last night:

Who Are The Brain Police?

There’s every indication that this band will tour again performing Frank’s music. If you get the chance to see this live I heartily recommend it.

One thought on “Zappa plays Zappa”