Today was a good day. The sun was out and we took the opportunity to wander the city in search of things to see. We made our way to the river and then walked over to see the Molly Malone statue. It was good to see, but not so great to photograph as there was a lot of construction going on all around her.

We decided to walk over the the Jameson’s Distillery and take the tour. As it turned out, the distillery is not actively producing whiskey, it’s just a museum now. We took the tour and at the end the guide informed us that 8 members of the group would be selected for a whiskey taste test that compared Jameson to a scotch and an American bourbon. First he asked for women to volunteer. Only 3 raised their hands. Cynthia, who hates whiskey decided to step up and be the 4th. After the ladies were chosen the guide asked for 4 male volunteers. Of course all of our hands went up. I was chosen as one of the four so Cynthia and I both got to participate. 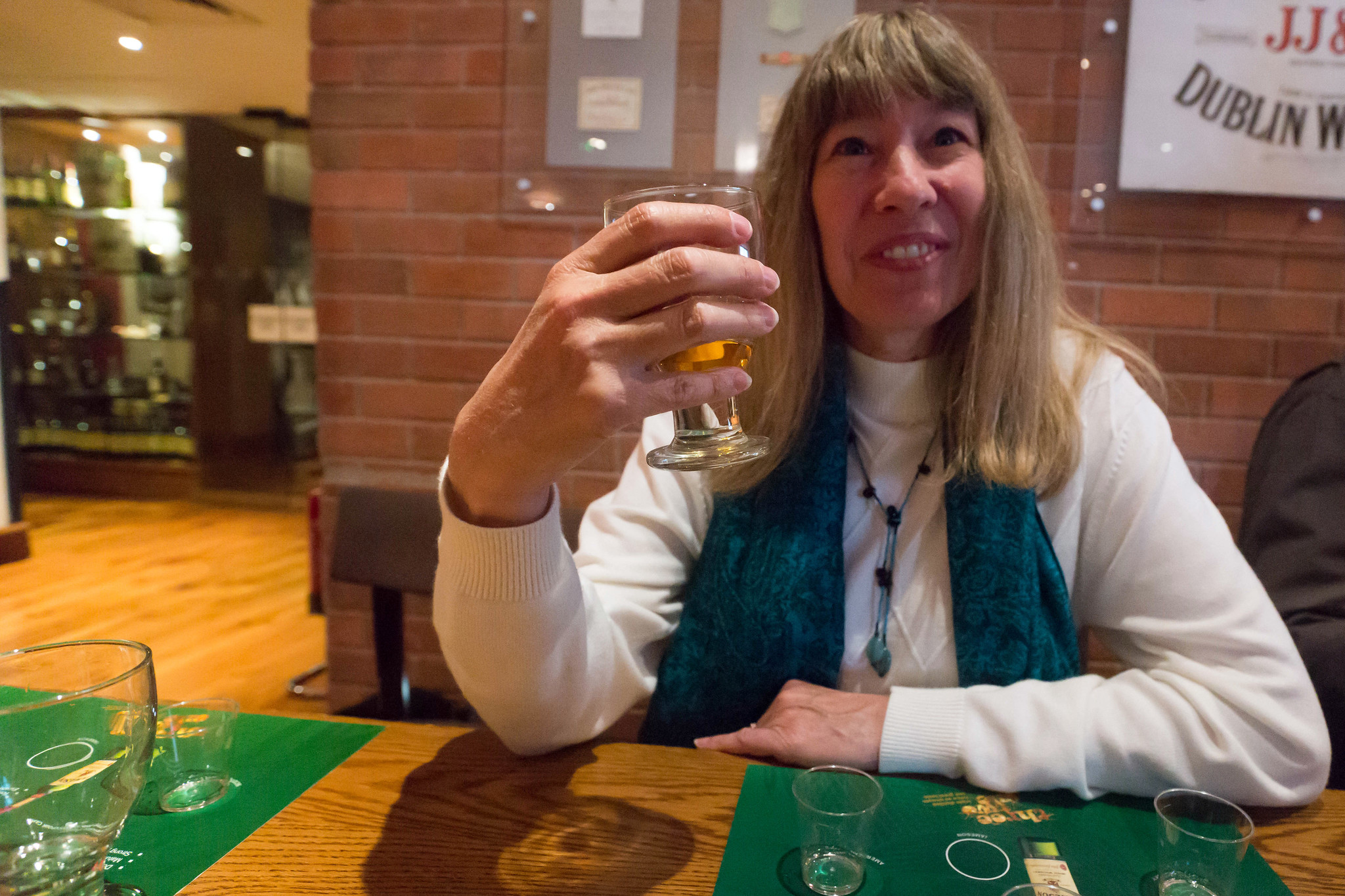 Cynthia ended up actually enjoying the experience, and learned a bit about whiskey. We both received certificates as souvenirs to take home with us.

After the distillery we walked over to St. Patrick’s Cathedral and enjoyed the gardens From here we caught a cab to the Guinness Storehouse which is also just a museum, but an interesting tour nonetheless. After walking around and learning of the history of Guinness and seeing how it’s made you go up to what is called the Gravity Bar where you get a free Guinness and 360 degree view of the city. 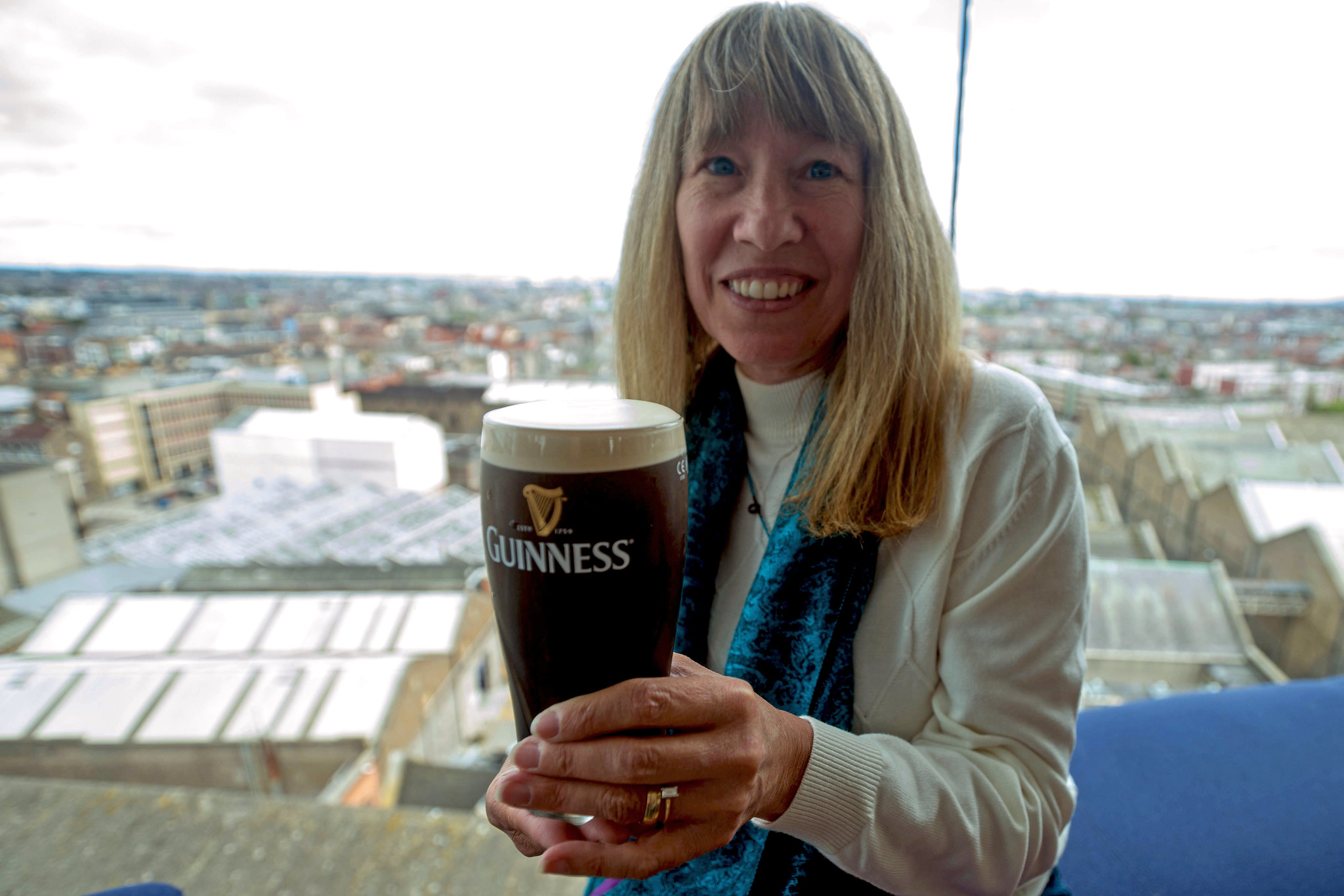 After these tours we were pretty beat and we went back to the hotel. This evening Cynthia took it easy while I met up with a friend to attend the Roger Waters concert at Aviva Stadium.